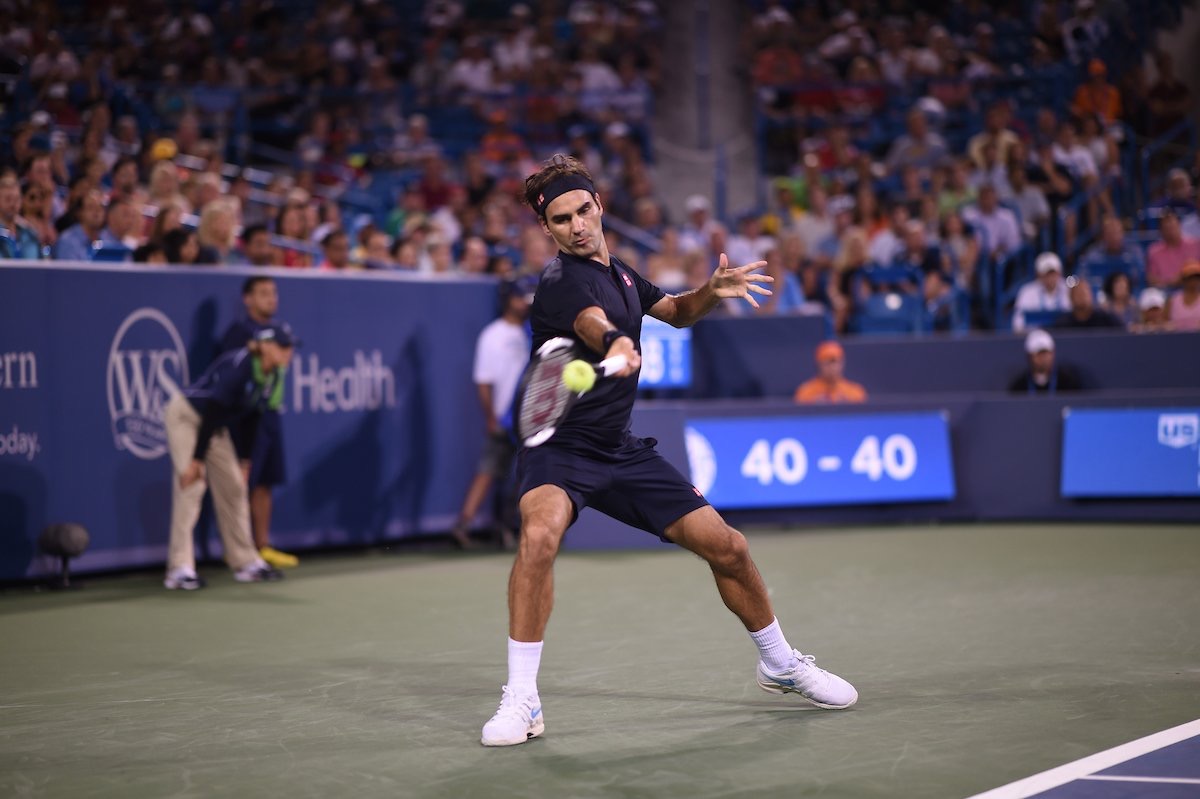 Federer Fights Past Wawrinka into Cincinnati Masters Semifinals – Playing his second match in a day for the first time since Gstaad in 2004, Roger Federer had to battle to get past his fellow Swiss, Stan Wawrinka, late Friday night at the Cincinnati Masters. Due to rain suspending and postponing several matches on Thursday, both Federer and Wawrinka were forced to play their third round matches earlier in the afternoon.

Both players served under 50% in the first set, where the 37-year-old Swiss missed converting a single break point opportunity, particularly at 6-5. As Wawrinka forced a tiebreak, his aggressive baseline game dialed in, and led him to a one set lead. The quality of play rose substantially in the second set with powerful baseline exchanges, as both players maintained serve into another tiebreak. This time it was the 7-time Cincinnati Masters champion who got off to a 3-0 start, but the 3-time grand slam champion Wawrinka narrowed and then evened the scoreline. 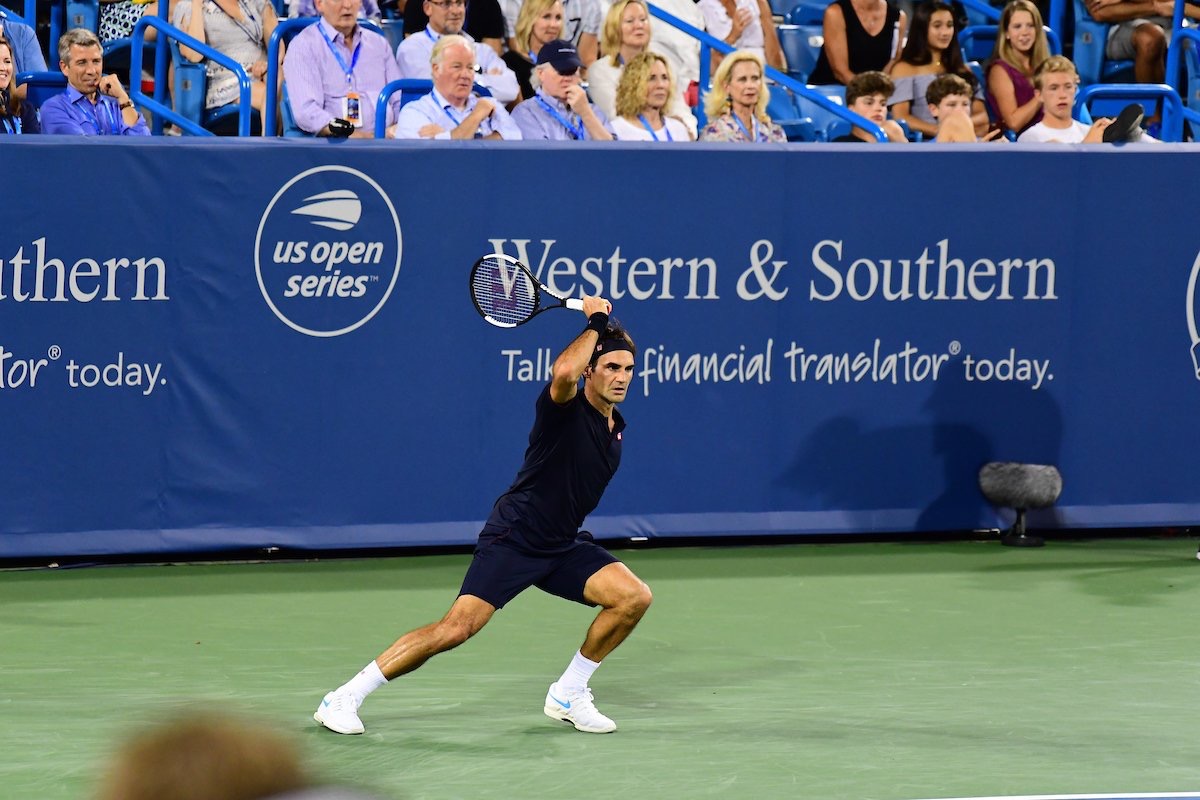 Federer raised his game at the pivotal 6-all change of ends, winning the next two points to even the match and force a third and deciding set. Both players went off court to change their gear after playing two sets in 85% humidity muggy conditions. Two points into Federer’s first service game, the match was suspended due to lightning strikes close by. The delay was short however, as players came back on court after about 10-15 minutes. Despite some rain in the forecast, conditions remained dry. When play resumed, Federer surged to the finish line, breaking for 4-2 and then once more to clinch victory, 6-7 (2) 7-6 (6) 6-2, in 2 hours 16 minutes. The 20-time grand slam champion served seven aces to one double fault, serving at 56% for the match. He won 84% of points on his first serve, 75% of points on his second serve, and did not face a break point on his serve. As in his third round match earlier in the afternoon (2/7), Federer converted two of nine break point opportunities, a category he struggled with in both matches. With another short turnaround for recovery for both him and his next opponent, Federer will face David Goffin in Saturday’s semifinals. 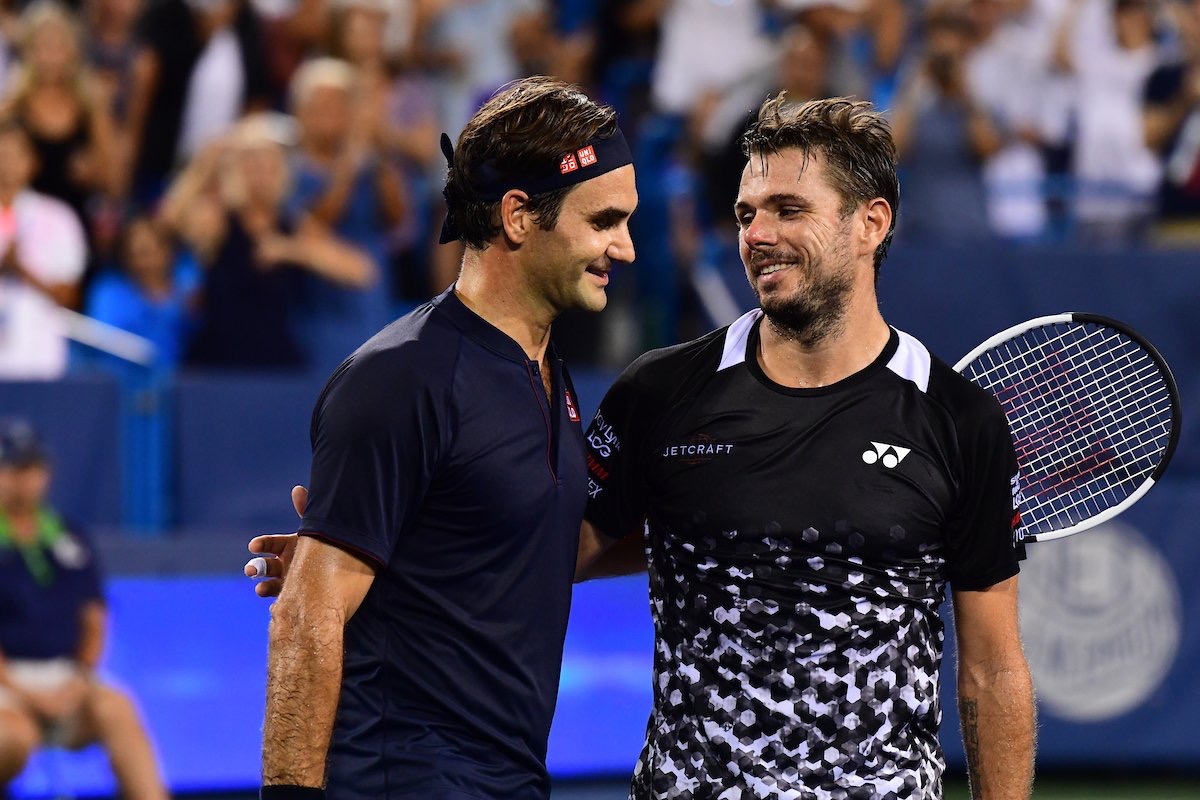 “I just tried to remember [for] the core of the match, focus on your serve and try to do what we talked with the coach beforehand on the return games, but it was just never really connecting at the right times my way,” Federer said.

“So I just had to hang tough, not get frustrated, and hope that I was not going to throw in a horrible service game or that he was going to connect perfectly. It was a close match today, so I’m just relieved that I got through it somehow.”

“Maybe he came out a bit heavy after the rain delay. I also felt heavy for a second, because it has been a lot of tennis and a lot of focus we had to put into it. Maybe it felt a little bit easier for me and maybe it was a little bit clearer what I wanted to do also from the baseline. And I just didn’t want to overhit, to be honest, because I felt like I did that quite a bit the first couple of sets,” Federer said.

“But again, Stan has the power, and I’m so glad he’s back on the tour and playing well and moving well. So I really enjoyed the match for what it was. It’s difficult to always play against him, but I’m happy I was able to find a way in the breaker in the second, because it was a frustrating night, for me, for the most period, and in the third I was able to find a way.

“I think it was partially because he maybe dropped his level, for sure, but maybe me, I also played a bit better then.”