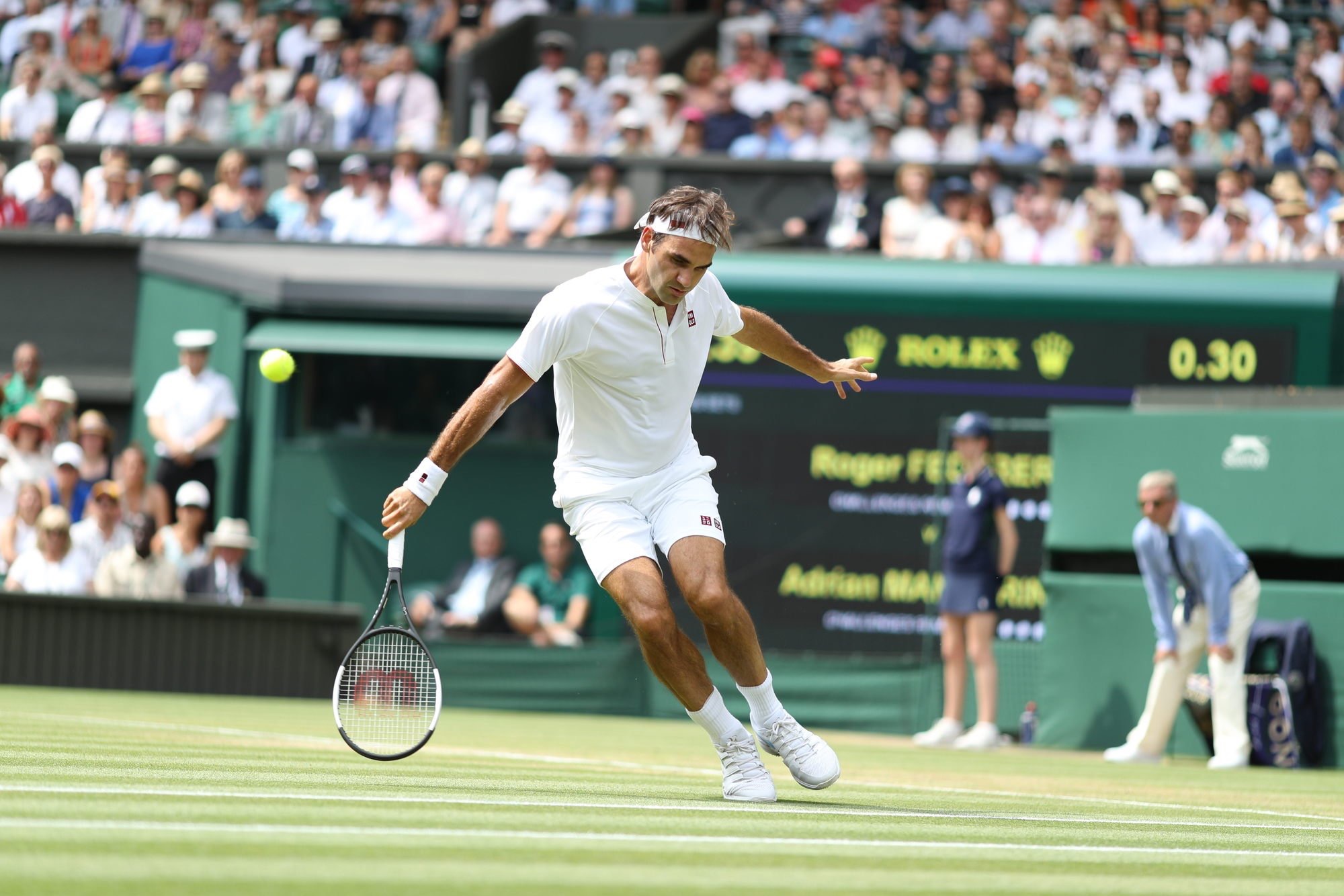 Federer Defeats Mannarino in Straight Sets – Roger Federer got off to a quick start Monday on Centre Court, racing to a 6-0 first set lead after just 16 minutes against Adrian Mannarino. The Swiss maestro faced a tougher challenge the next two sets, but behind his strong serving, moved past the Frenchman into the quarterfinals, 6-0 7-5 6-4 in 1 hour 45 minutes. After being unable to find his rhythm in the first set, Mannarino stayed ahead on serve in both the second and third sets. The 36-year-old Swiss found a way to break late in both sets, and has now won 32 consecutive points at Wimbledon.

In his 95th win at Wimbledon, Federer hit 12 aces to no double faults for the match, winning 90% of points on his first serve and 52% of points on his second serve. He won 19 of 28 points at net and 5 of 12 break point opportunities, in addition to 44 winners and 20 unforced errors. The 20-time grand slam champion will face eighth-seeded Kevin Anderson of South Africa next in Wednesday’s quarterfinals. Anderson defeated Gael Monfils of France, 7-6 (4) 7-6 (2) 5-7 7-6 (4). 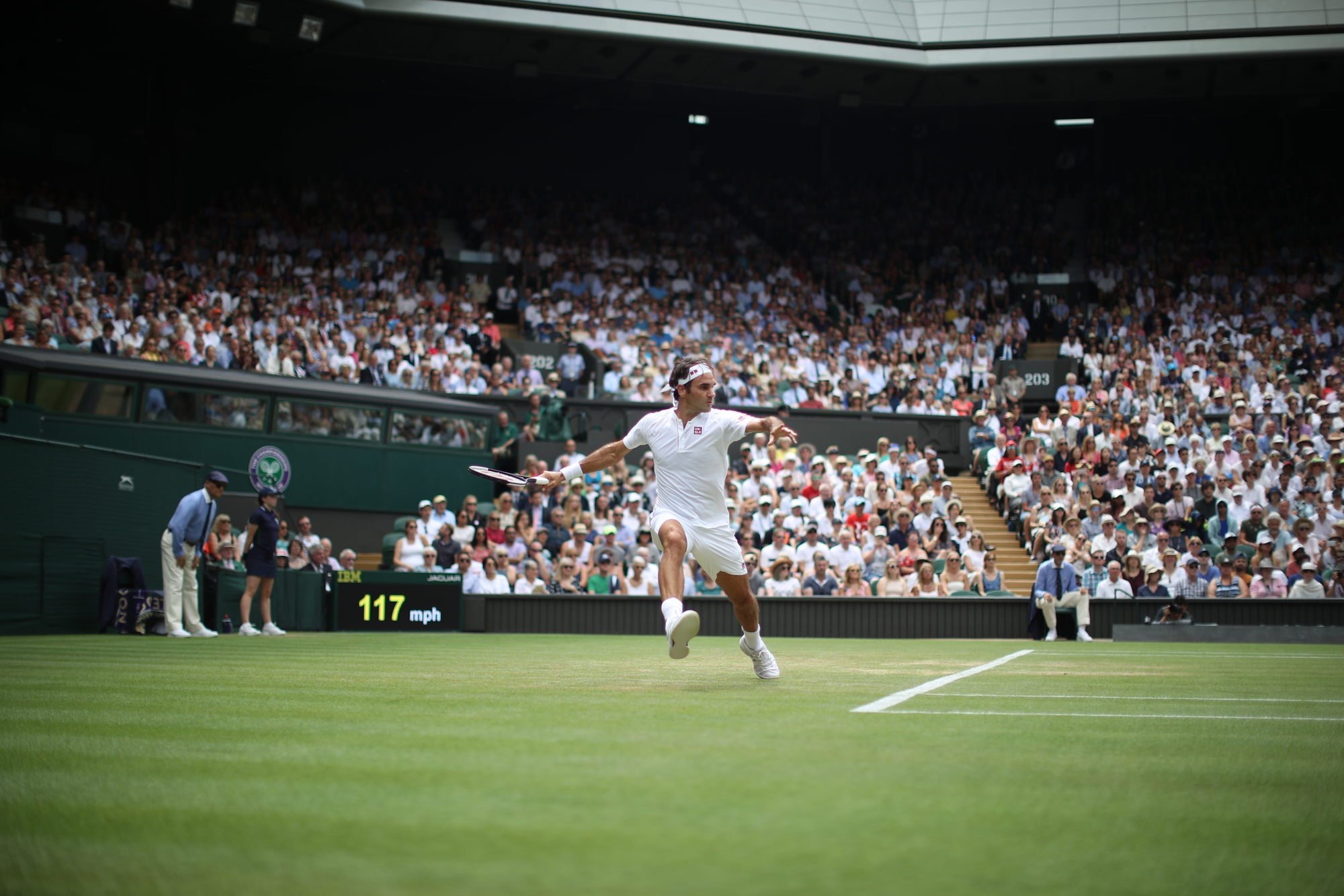 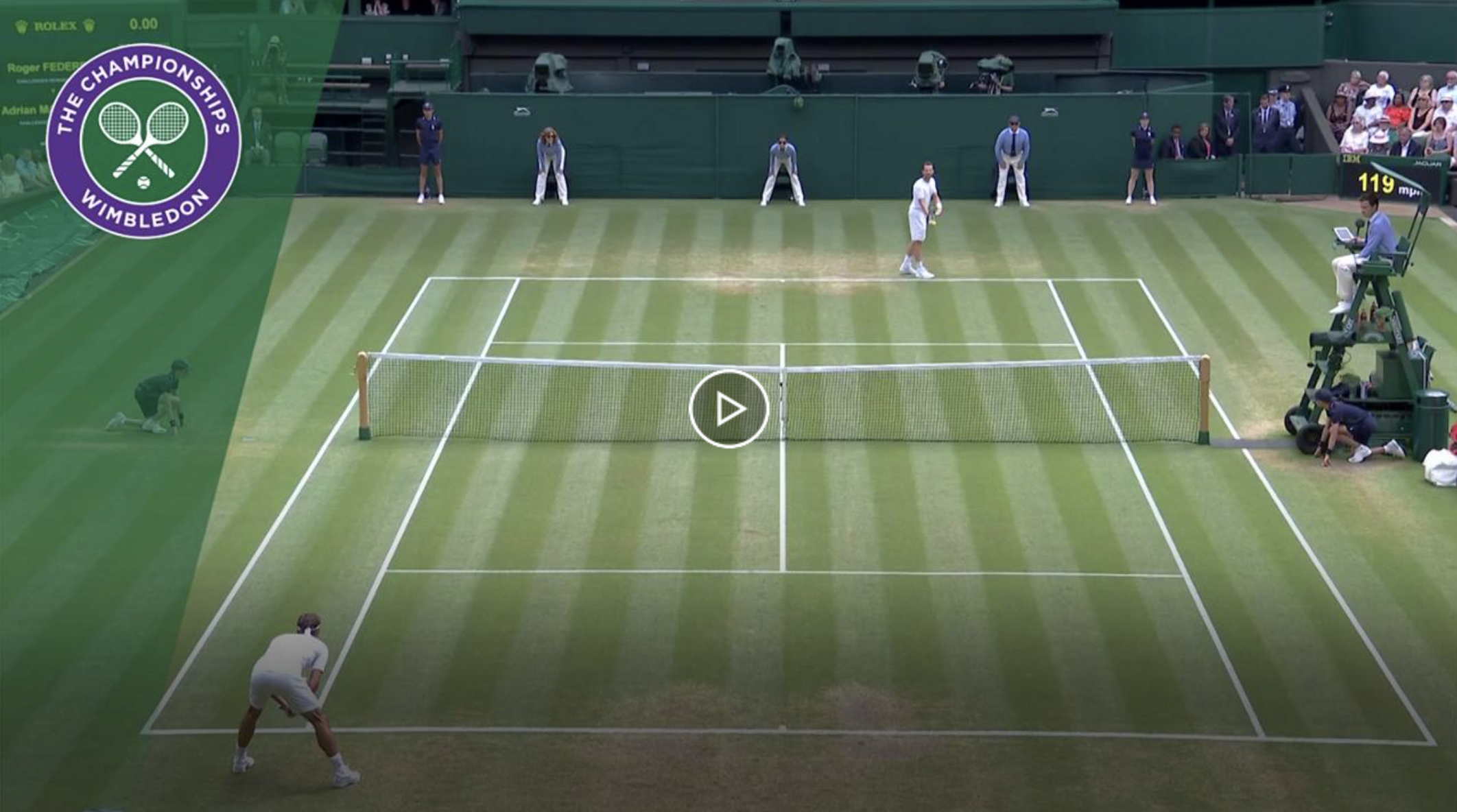 “If you give yourself [the] maximum [number of] chances, you’re playing well, you have super focus, then these streaks are kind of possible,” said Federer. “In practice at the moment, I’m not working on anything specific. It’s really about being just solid. The goal is to win matches and not to be too creative right now. That’s going to happen naturally if I play well. I’m really just focused on that.”

“I was also surprised it was that fast, that first set, especially 16 minutes,” said Federer. “That was too fast. [It] shouldn’t really happen, but thankfully they do for me. I probably won’t have another 6-0 set this week, so I’ll enjoy this one.”