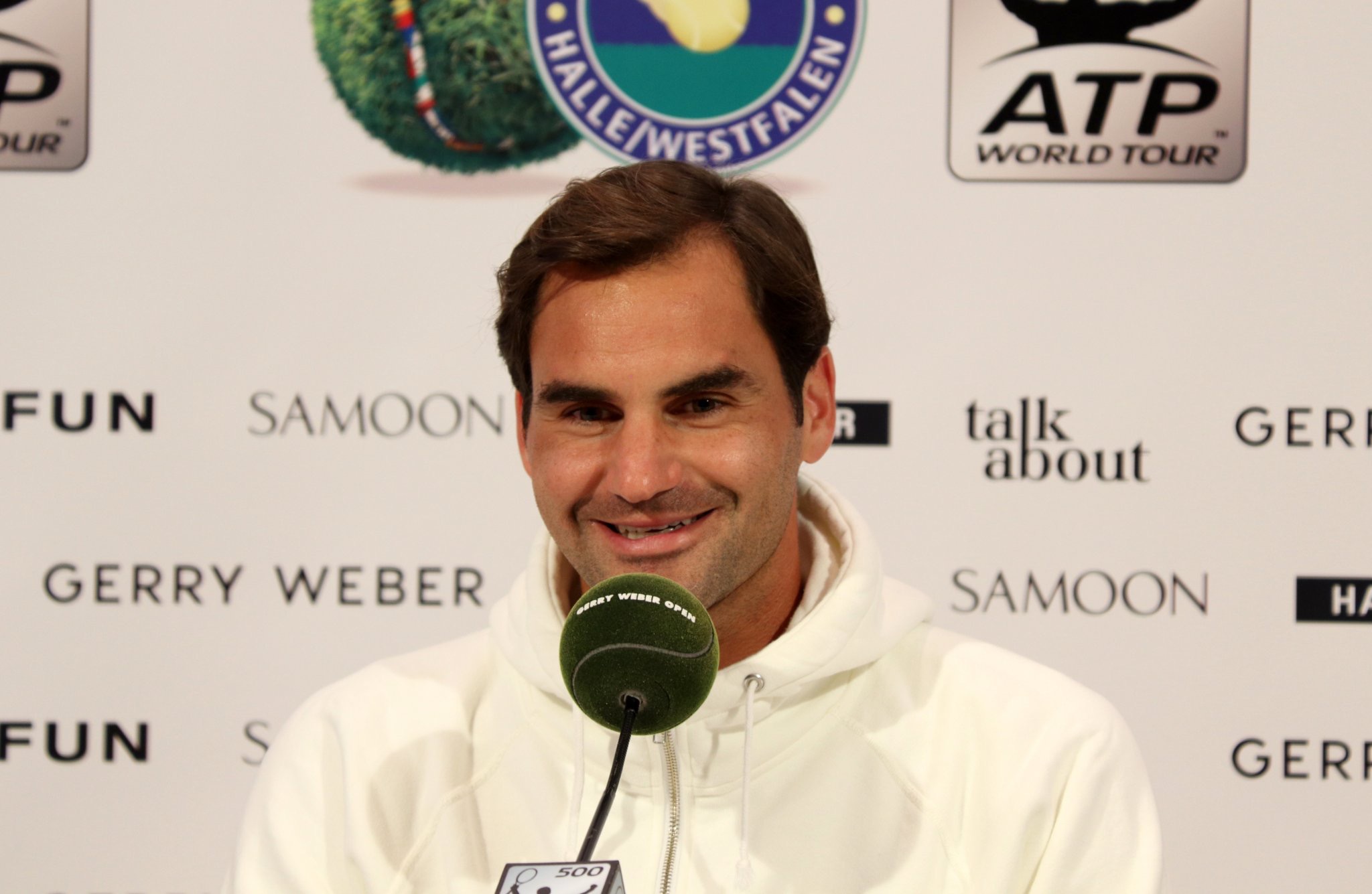 2018 Gerry Weber Open Draw – Coming off winning the Mercedes Cup in Stuttgart and reclaiming the world #1 ranking for a third time this year, Roger Federer arrives in Halle seeking his record extending 10th title at the ATP 500 grass court tournament (champion in 2003, 2004, 2005, 2006, 2008, 2013, 2014, 2015, 2017). June 18 marks the 310th week at the top spot in men’s tennis. Federer drove home from Stuttgart following Sunday’s title and flew in early Monday to Halle for the Gerry Weber Open. After a press conference, he had a practice session with Andreas Seppi.

The Swiss maestro plays his first round match Tuesday, against Aljaz Bedene, third match after a noon start, local time (6:00 a.m. EDT/3:00 a.m. PDT). He is projected to face either Benoit Paire or Steve Johnson in the second round, and sixth seed Philip Kohlschreiber in the quarterfinals. The 36-year-old Swiss could face third seed Dominic Thiem or fifth seed Lucas Pouille in the semifinals. Federer could potentially face second seed Alexander Zverev, fourth seed Roberto Bautista Agut, and seventh seed Kei Nishikori who lead the bottom half of the draw.

Federer is now the oldest player in the ATP World Tour top 100 rankings, as he took over the world #1 position when the new rankings were released earlier today. Should he win his tenth title in Halle, the Swiss will be one match shy of tying Jimmy Connors’ record of 174 career wins on grass, the most all-time. Main draw action is underway, with the final to be held on Sunday, June 24. View the full draw below. 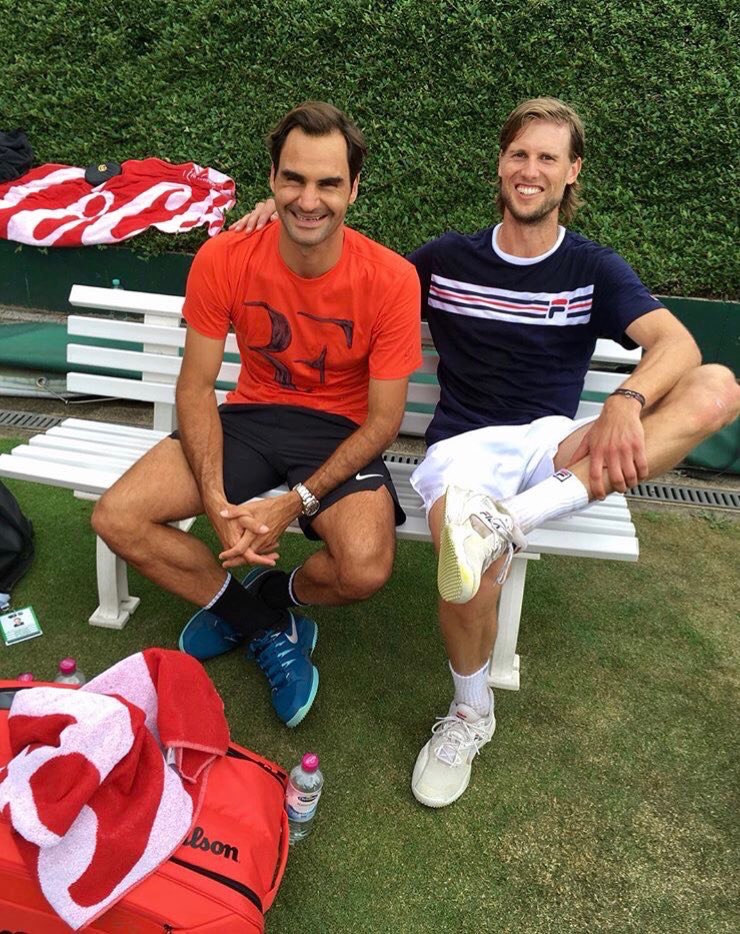 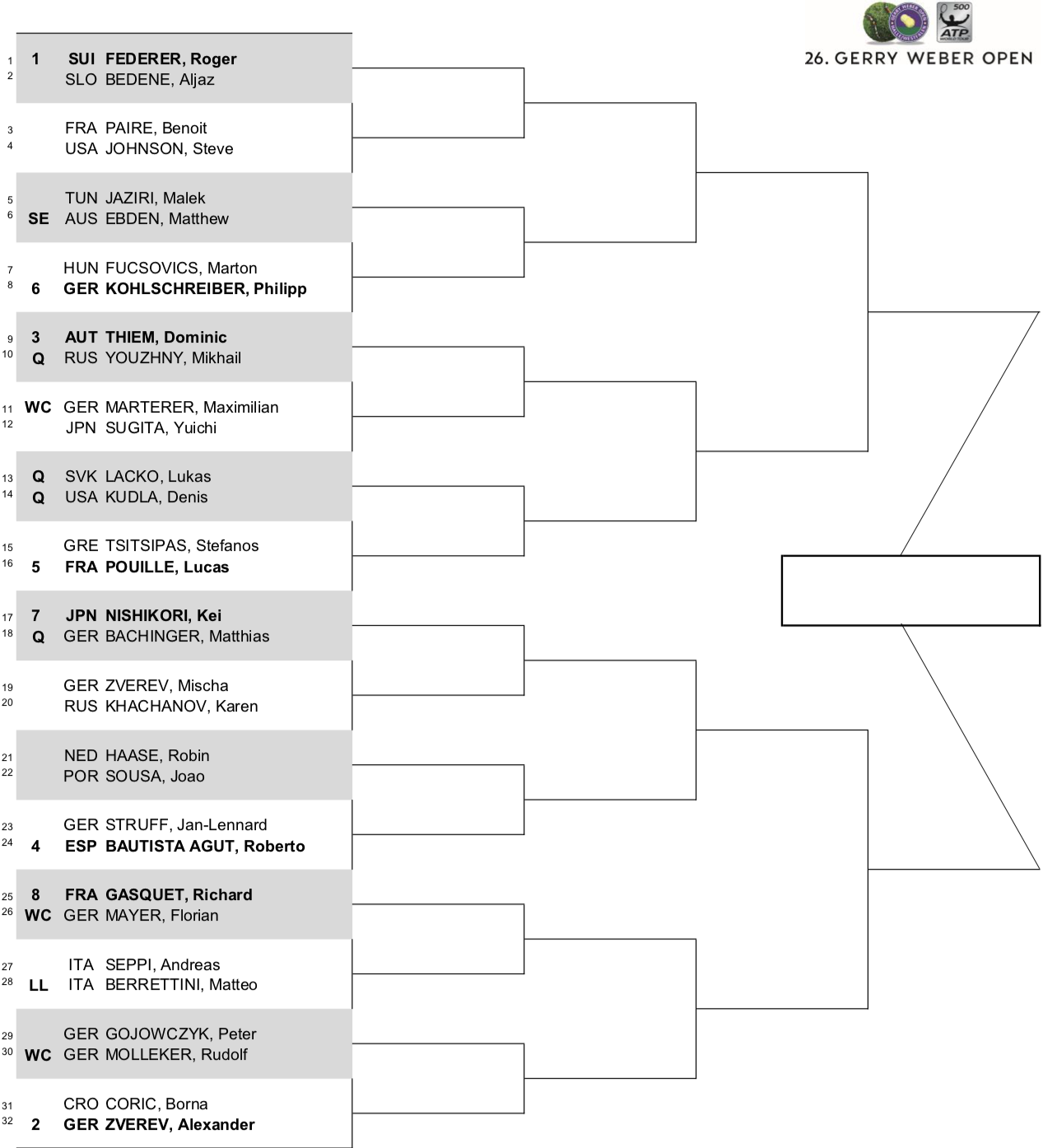