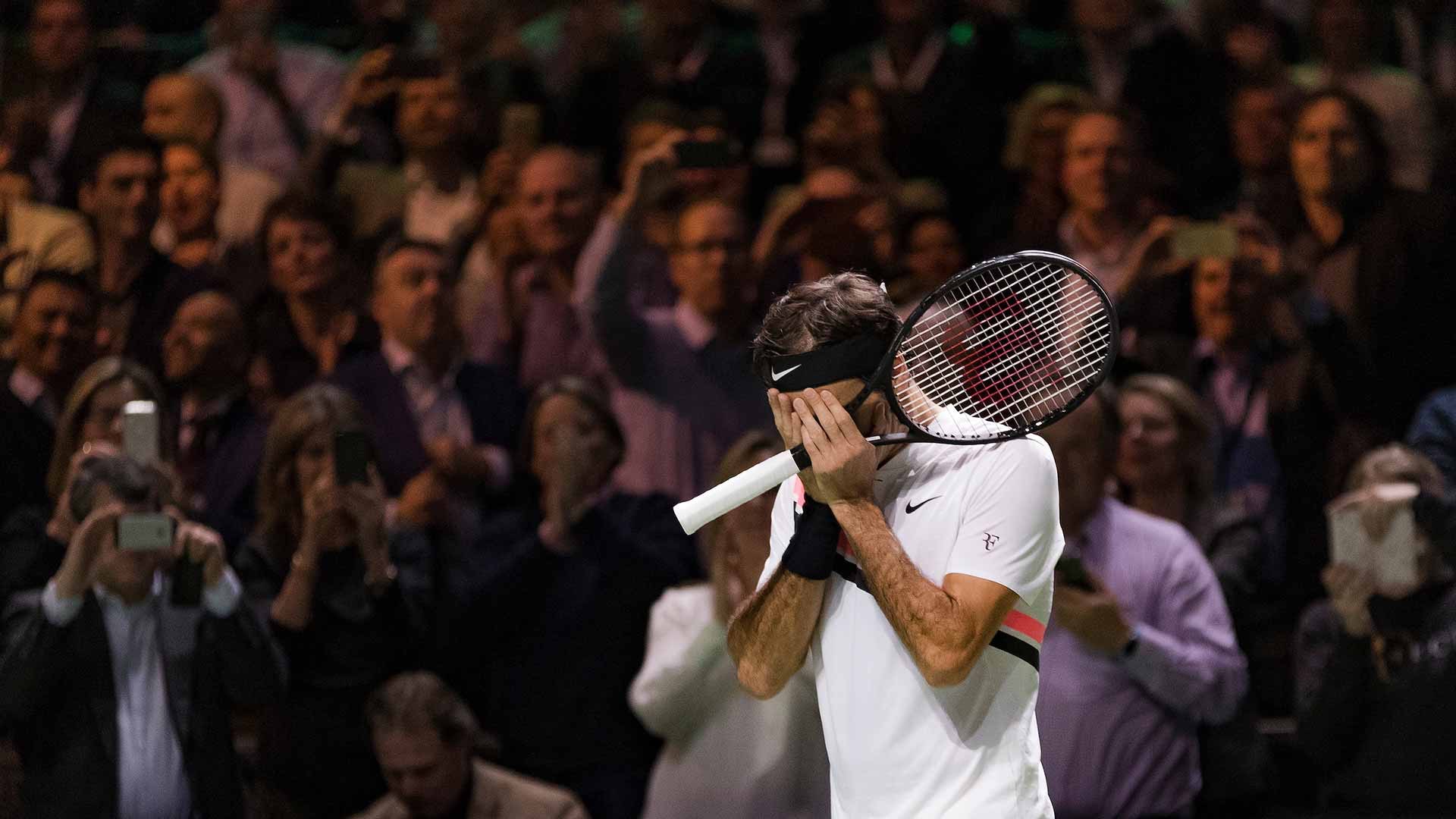 Federer Makes History in Return to World #1 – After dropping his first set this week at the ABN AMRO World Tennis Tournament in Rotterdam, Roger Federer cruised. The Swiss maestro defeated Dutchman Robin Haase 4-6 6-1 6-1 to advance to the semifinals, guaranteeing his return to the world #1 ranking. The 36-year-old Swiss will break a number of records when he ends Rafael Nadal’s 26 week stint at the top spot – the longest period between stints at world #1, the oldest player to attain top spot and the longest duration between first and last days at the summit of men’s professional game. The 20-time grand slam champion first claimed the world #1 ranking on February 2, 2004, and has since reclaimed the top spot in 2009 and 2012 following his Wimbledon triumphs, and once again Friday evening in Rotterdam. Federer will add to his record of 302 weeks at world #1 when the latest ATP World Tour rankings are published on Monday.

Richard Krajicek, the Rotterdam Tournament Director, presented Federer with a special award in an on-court ceremony. “What an amazing run it’s been and a journey it’s been for me throughout, so to clinch World No. 1 again this following Monday here in Rotterdam really means a lot to me, so thank you very much, everybody,” Federer told the crowd.

“I think reaching No. 1 is one of, if not the ultimate achievement in our sport. So sometimes at the beginning you just all of a sudden get there just because you’re playing so well. Later you sometimes try to fight it back and you wrestle it back from somebody else who deserved to be there. And when you’re older, you know you feel like you have to put maybe sometimes double the work in. So this one maybe means the most to me [of any achievement] throughout my career, getting to No. 1 and enjoying it right here at 36, almost 37 years old. [It] is an absolute dream come true, I can’t believe it.” 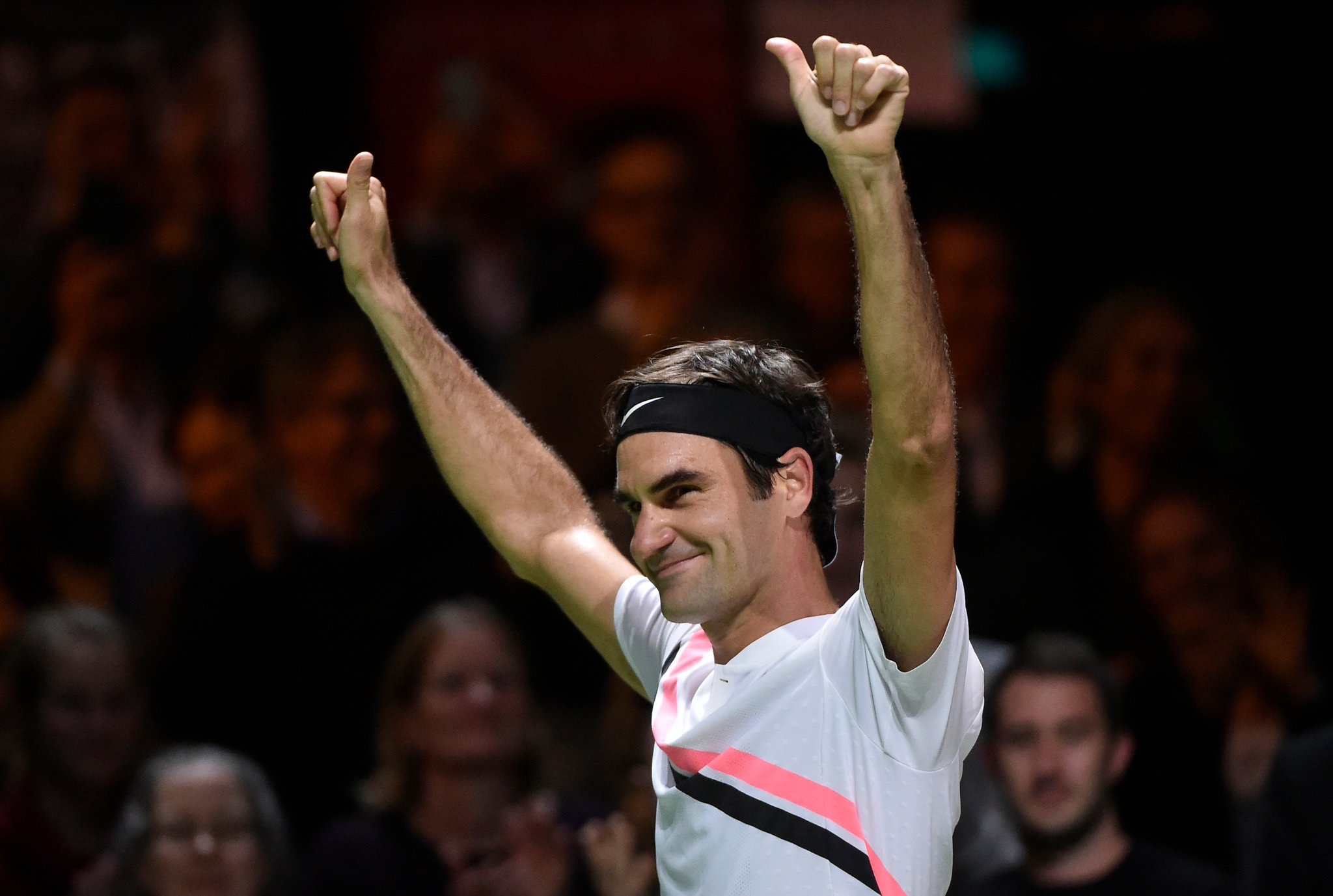 Since coming back from his six month injury layoff during the second half of 2016, where his ranking dropped from #3 to #17, Federer has risen to world #1, compiling a 63-5 match record, including titles at three of the last five grand slams.

A standing ovation for @rogerfederer in a special #1 ceremony.#abnamrowtt pic.twitter.com/nw5yTUqTbW

“I thought I was pretty calm,” said Federer. “I woke up, I had a good sleep and then watched the Winter Olympics for three-four hours, before I headed on-site. I had a normal warm-up and had a good routine. I knew what I wanted to do and how I wanted to play. I was backing myself and I was confident. A lot of people have asked me today how I handle all of the pressure. But I think it helps all of the big matches I’ve played over the years.

“Losing the first set, definitely got my head spinning a little bit. It reminded me that I had to go and get the victory tonight. It wasn’t going to be handed to me. I had to change my plan and started to play more aggressively.
“I will enjoy the moment. I’ve already had a glass of [Moët & Chandon] champagne and I’ll have another one later on. I’ll play late again tomorrow, so I can have a good sleep and enjoy myself. It’s incredibly special and I’m so happy. Severin [Luthi] also flew in tonight, so it was an extra surprise too.”