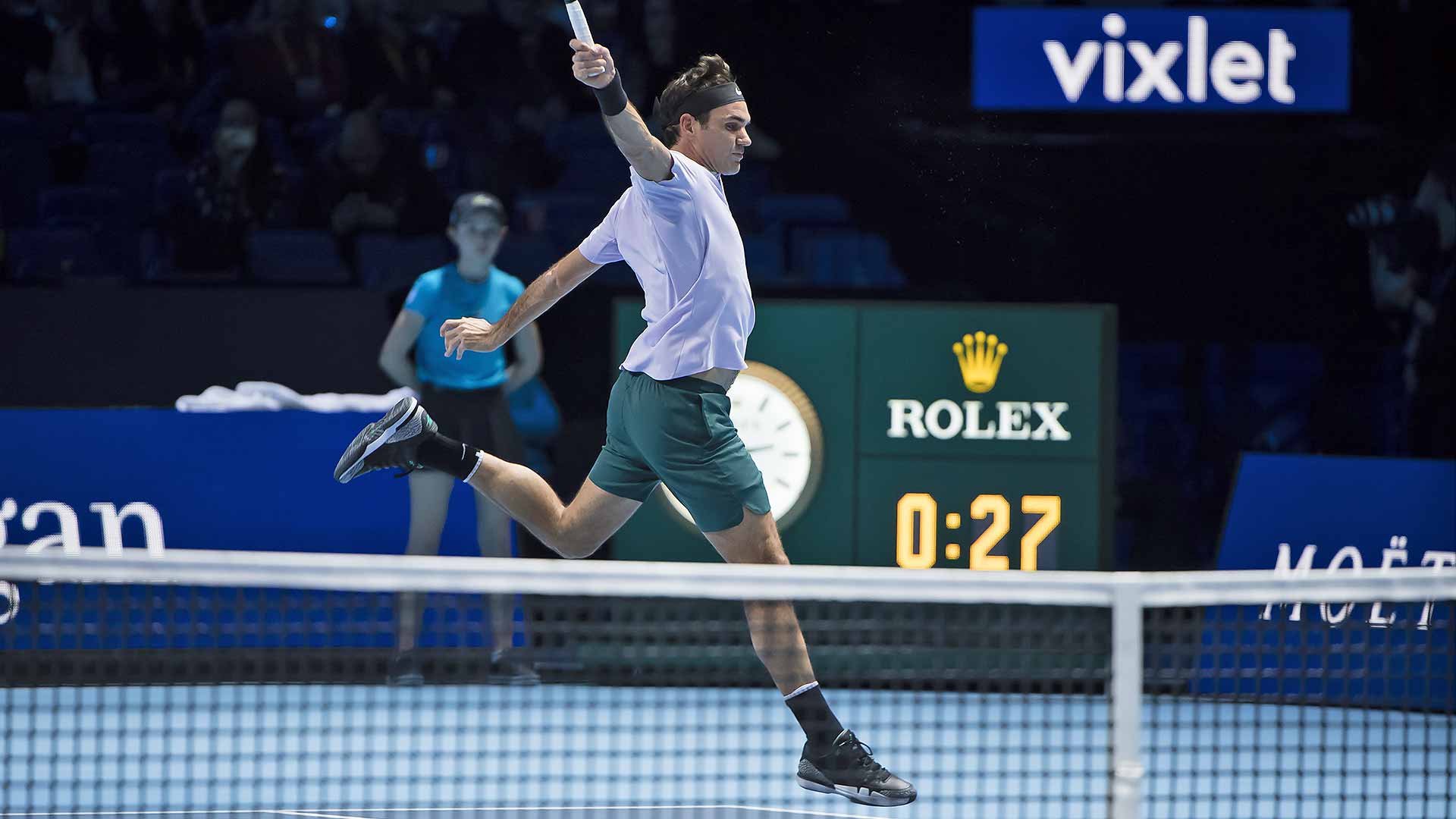 Federer Defeats Cilic to Stay Unbeaten at ATP Finals – Roger Federer won his third consecutive match in London as he defeated world #5 Marin Cilic 6-7 (5) 6-4 6-1, capping the round robin group play with a perfect 3-0 record in Group Boris Becker. The Croatian finished 0-3, but fought valiantly, as each match went three sets. Although the Thursday afternoon match had no pressure on either player, as the Swiss maestro had already qualified for the semifinals after defeating Zverev on Tuesday and Cilic already eliminated, there were still points and prize money to play for.

The 6-time ATP Finals champion was a set down and faced break points as well in the second set before turning the match around. Once he secured the second set, momentum swung in his favor and he raced out to a 3-0 lead quickly in the final set. Perhaps weary, Cilic’s powerful groundstrokes began to break down, and from there Federer comfortably raced to victory after 1 hour 54 minutes. The 19-time grand slam champion out-aced the tall Croatian 17 to 12, winning 77% of points on his first serve and 66% of points on his second serve. 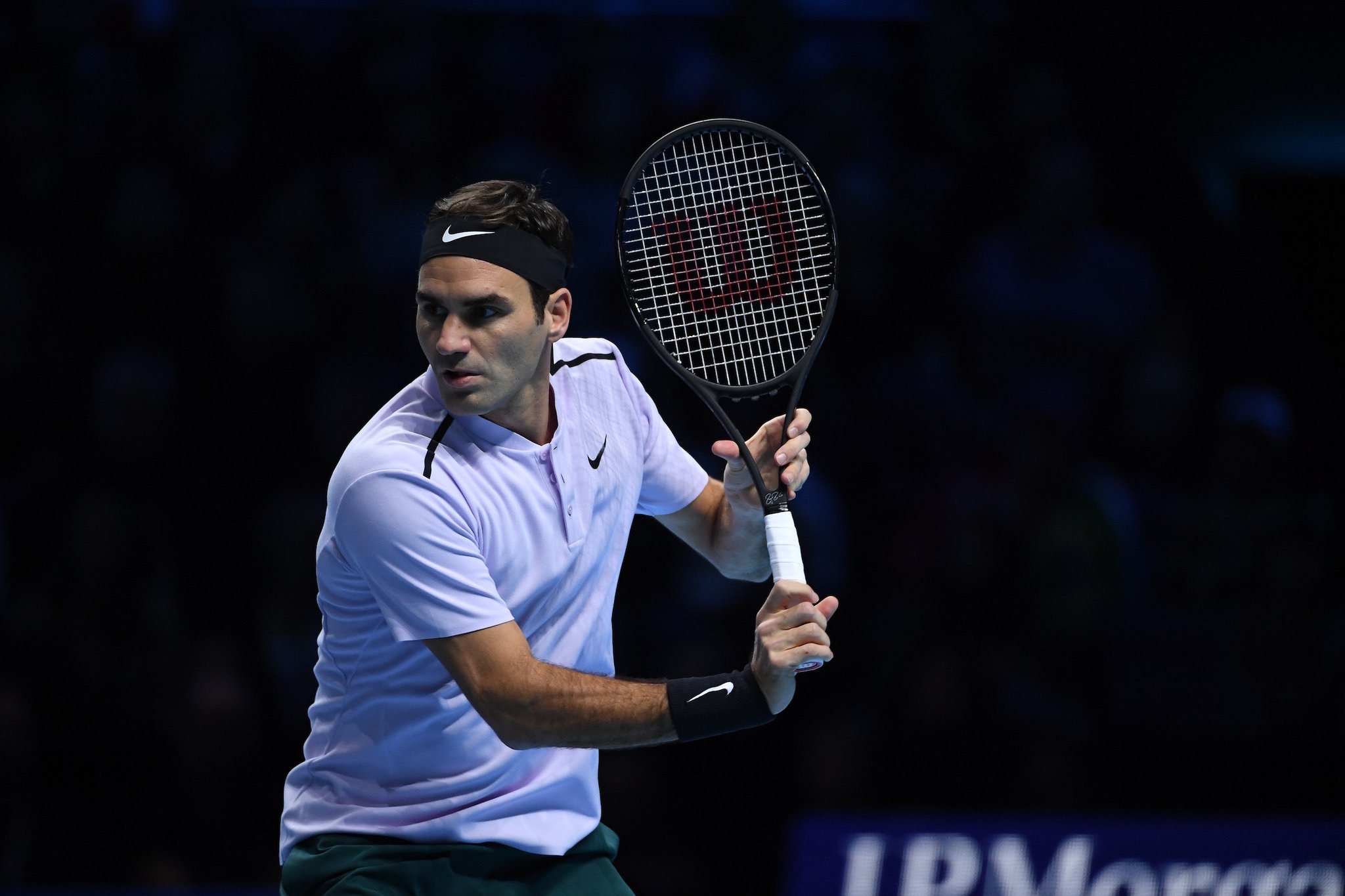 It is the 10th time Federer has finished the group play stage unbeaten and 14th time advancing to the semifinals, in 15 appearances. He will face either Dominic Thiem or David Goffin (Saturday afternoon), who play for the final spot to advance from Group Pete Sampras. Grigor Dimitrov has already advanced from the group, and will face Jack Sock (finished #2 in Group Boris Becker) Saturday evening.

“I played very well so really happy to be playing at this level right now,” Federer said on court after his 55th Nitto ATP Finals win. “It wasn’t easy. I mean, look, it’s a fast court. It’s indoors. We’ve seen it now: when you miss a few too many opportunities, you can really pay the price at this tournament. So we’ve seen some swings of momentum in a lot of the matches this week,” Federer said.

“I think in the beginning I was slightly overaggressive in the first set on some crucial points rather than maybe being patient. I was able to turn that around late in the second set. Then just had a much better feeling in the third set.

“Maybe also Marin’s level dropped, I’m not sure. But definitely was dangerous there for a while.”