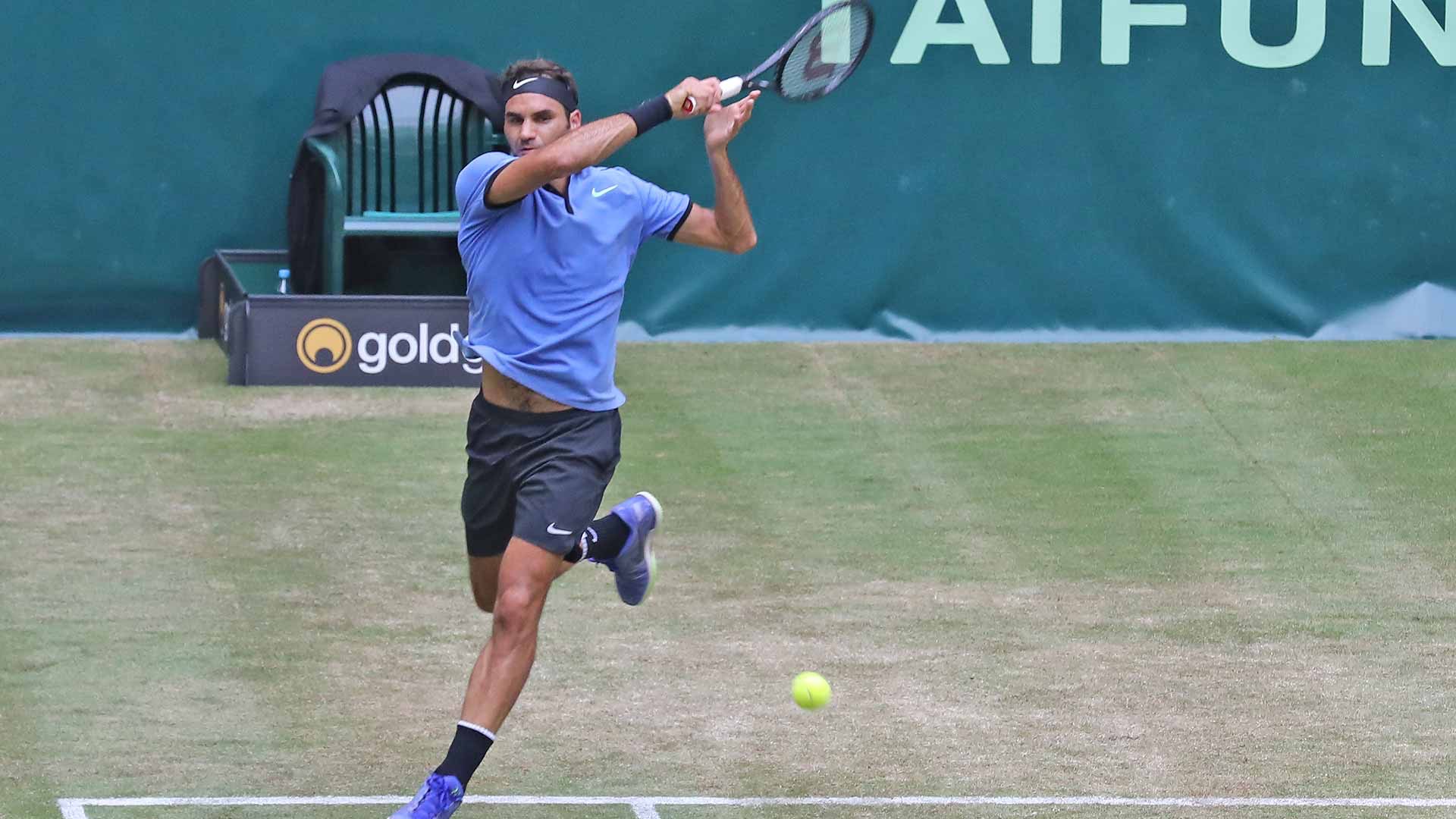 Roger Federer defeated Mischa Zverev 7-6 (4) 6-4 in a closely contested second round match Thursday afternoon at the Gerry Weber Open. The two players exchanged service holds throughout the opening set, and little separated them through the tiebreak, but it was the 8-time champion in Halle who raised his level at 5-4, flicking two backhand passing shot winners to win the first set. Federer did not face a break point in the match, breaking at 4-all in the second set, holding serve thereafter to advance to the quarterfinals for the fifteenth time.

The match was completely different to their last meeting at the Gerry Weber Open in 2013, when Federer defeated Zverev 6-0 6-0. “It was totally different. He started serving great, which put me under pressure as I wasn’t getting many looks,” Federer said. “It was important to stay calm after missing chances to win the set at 5-4. And it’s important to win ‘breakers. They are the sets you need to win to win tournaments. It felt like a close ‘breaker that could have gone either way.”

“After I got that in the bag I was really able to start to relax and really play and feel the way I want to feel out there. That’s the first time I’ve felt like that since Miami, so that’s a good sign looking ahead.” 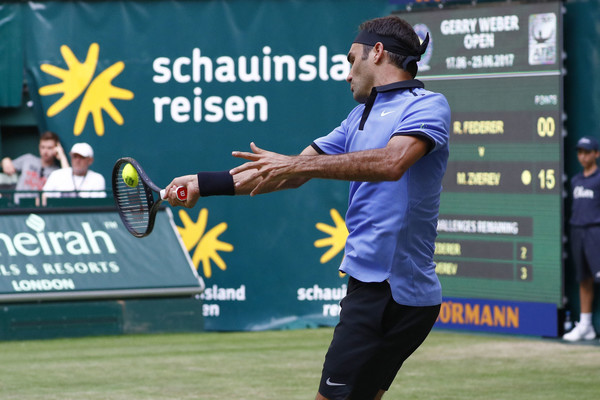 Federer will face defending champion Florian Mayer in Friday’s quarterfinals. “I played against a right hander from the baseline in Sugita, a left hander who serves and volleys all the time (Zverev) and Mayer plays very different to everyone else. He uses slice, he comes in, he chips and charges, he loops the ball and serves/volleys a little bit, so he’s really going to throw everything at me. I know he wants it badly, so it will be a tough one. I played my best match today and that will give me some confidence for tomorrow.”

“I think he’s most dangerous on the grass. He’s a tough customer, plus he’s the defending champion. He hasn’t had the best season so far, so there is a lot riding on the match for him as well as for me because we both want to go deep into this tournament.”