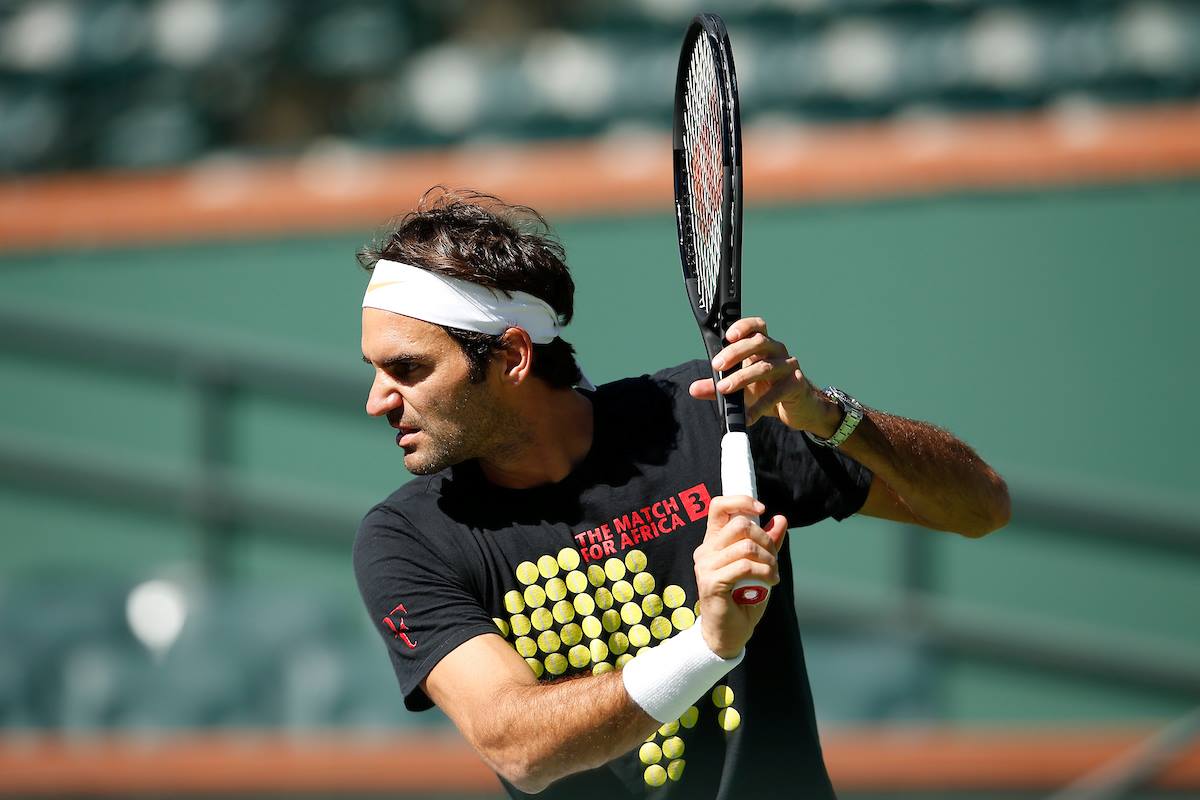 2017 BNP Paribas Open Draw (Indian Wells) – The draw ceremony was held on the grounds of the BNP Paribas Open Tuesday afternoon, and all eyes are on what could be called the virtual quarter of death, figuratively of course. The bottom quarter of the draw is where tenth seed Roger Federer was drawn, along with both second seed Novak Djokovic and fifth seed Rafael Nadal. Also in the same section is thirty-first seed and ever dangerous Juan Martin Del Potro, along with a pair of young guns, Nick Kyrgios and Alexander Zverev, seeded fifteen and eighteen, respectively. Also in the bottom half of the draw are fourth seed Kei Nishikori, sixth seed Marin Cilic, and twelfth seed Grigor Dimitrov.

The lighter top half of the draw is led by world #1 Andy Murray, third seed Stan Wawrinka, seventh seed Jo-Wilfried Tsonga, and eighth seed Dominic Thiem. Federer receives a first round bye, and will face either Stephane Robert of France or Dudi Sela of Israel in the second round. The Swiss maestro is likely to face twenty-fourth seed Steve Johnson of the United States in the third round, with a showdown against Rafael Nadal in the fourth round. Further into the draw, by projection, the 4-time champion in Indian Wells would face Djokovic in the quarterfinals, and Nishikori in the semifinals. A steep uphill climb indeed for the 35-year-old Swiss to claim his fifth title in the southern California desert.

First round play begins Thursday, March 9, with second round matches in action this weekend, March 11-12. View the full draw below. 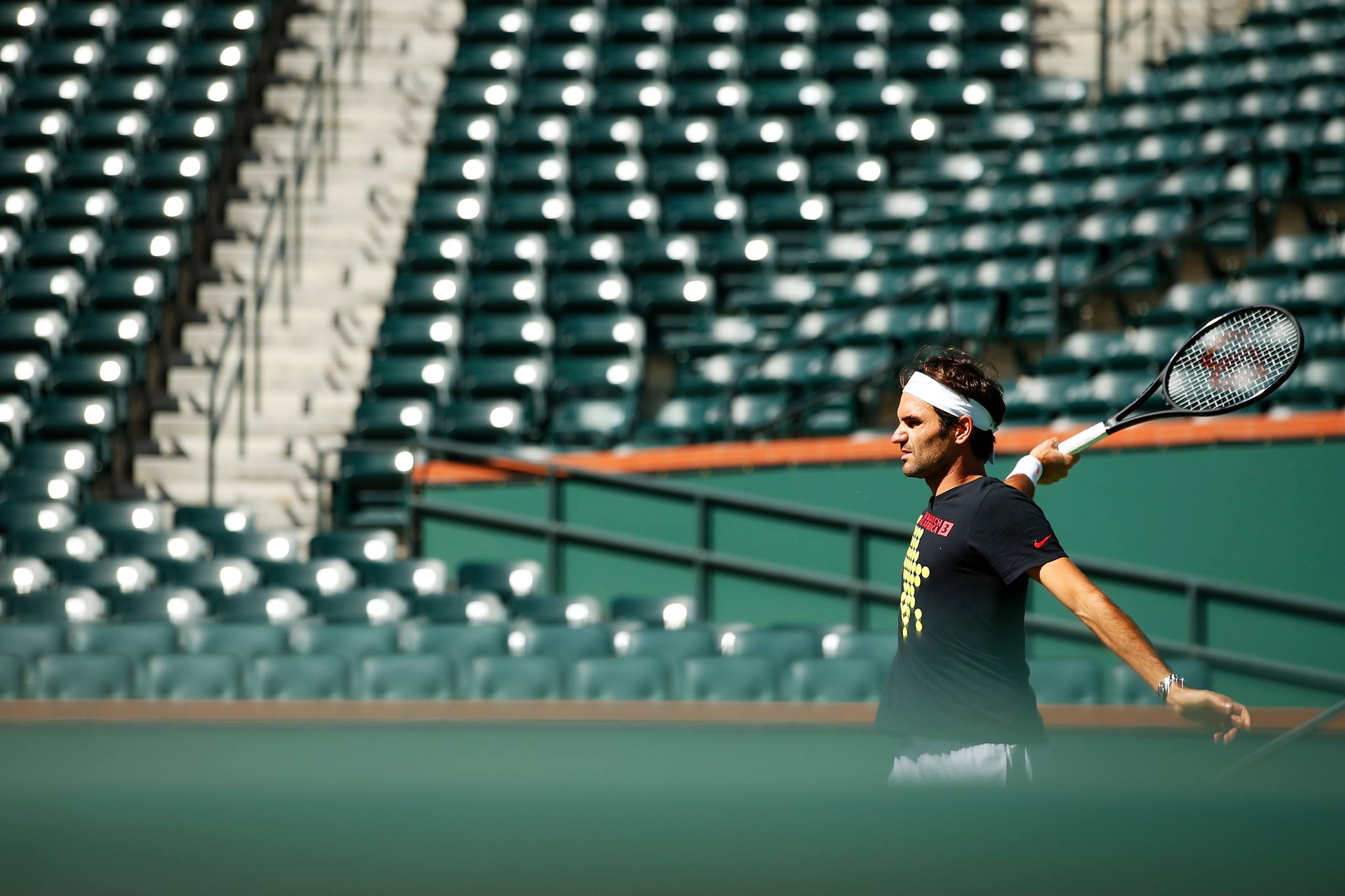 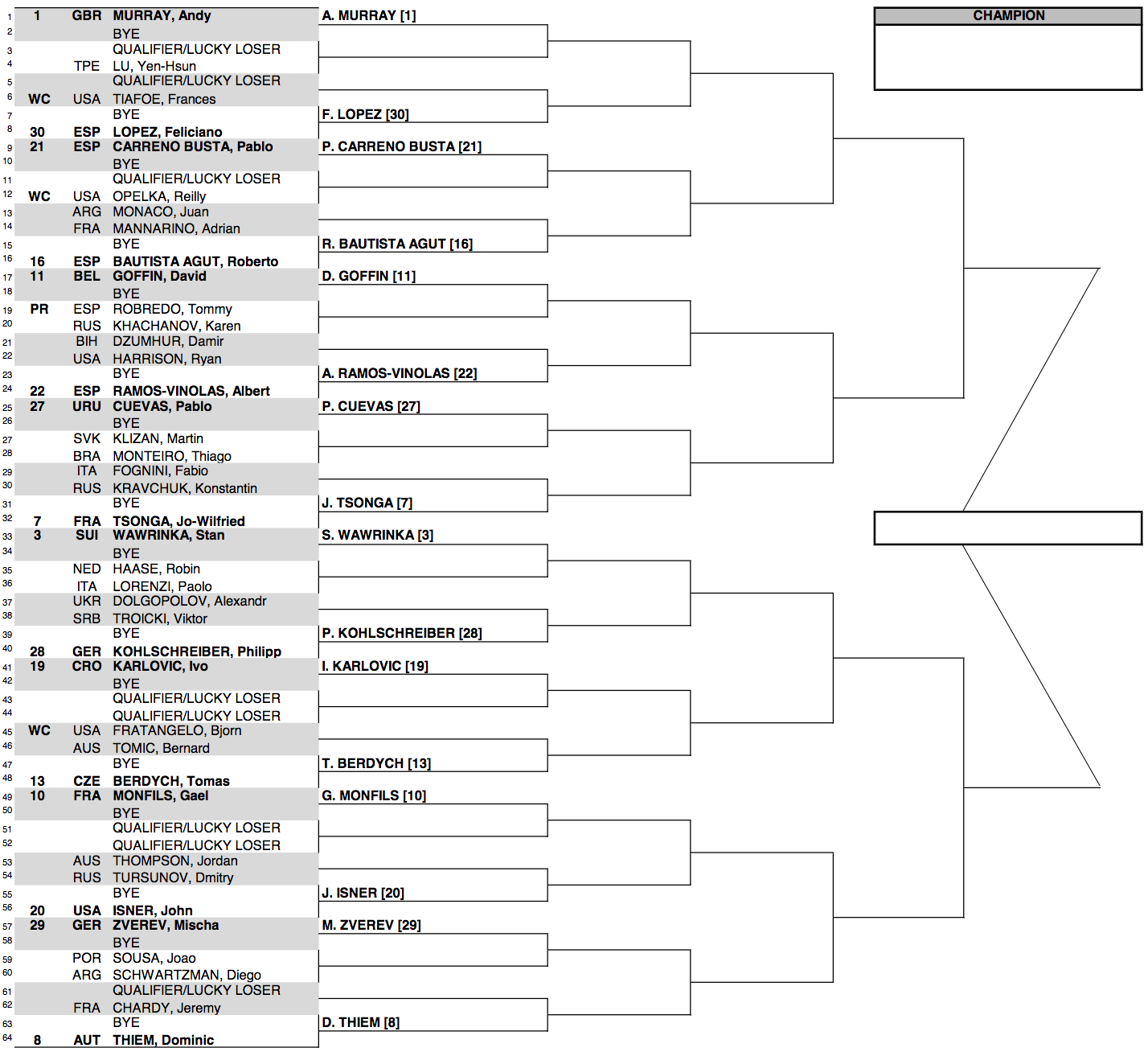 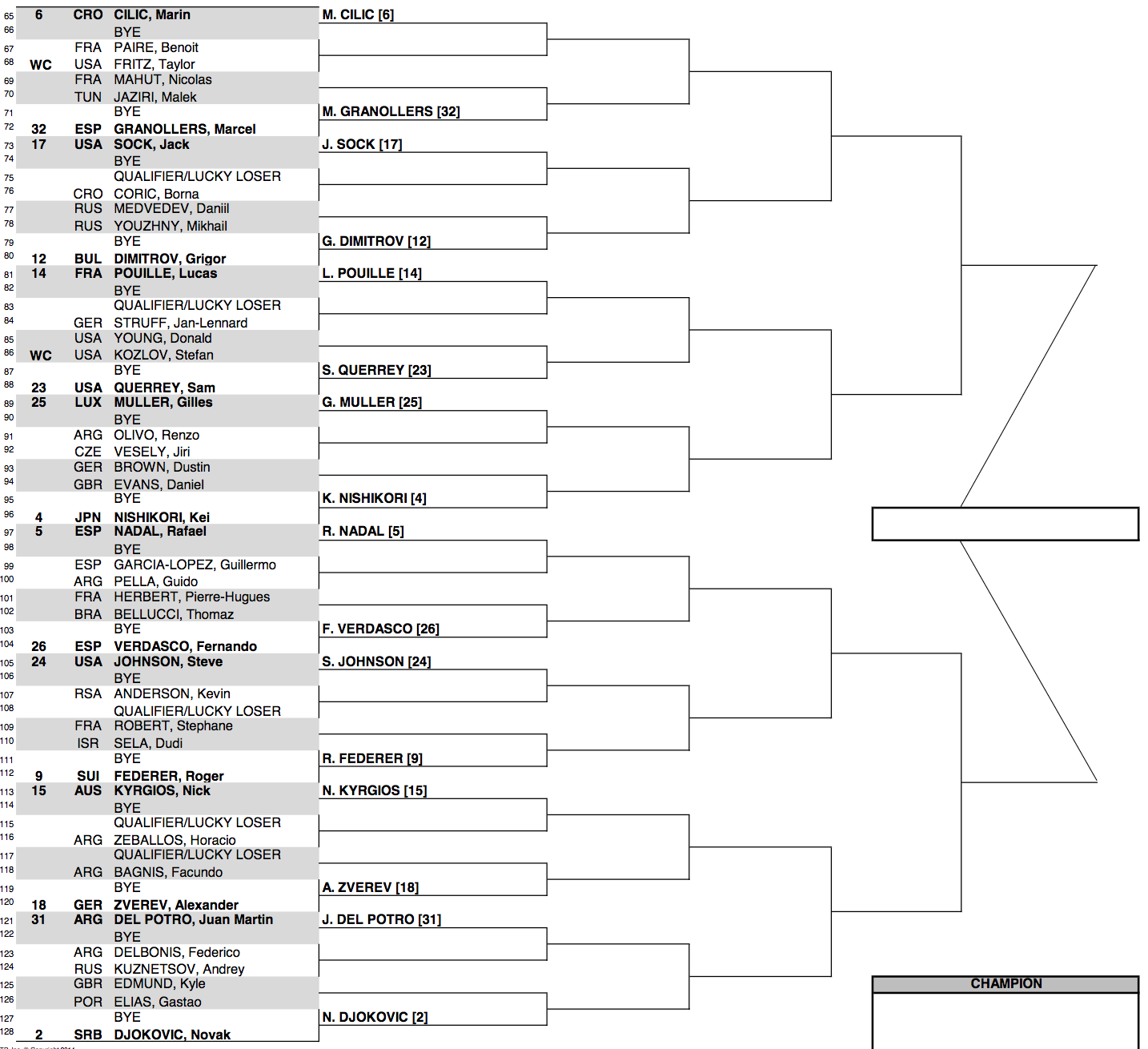