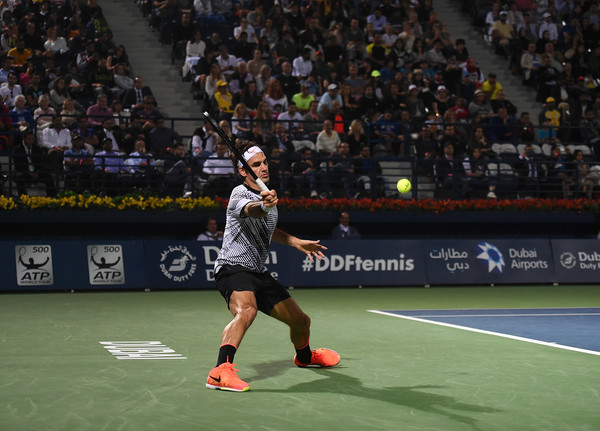 Federer Falters in Second Round at Dubai Duty Free – Evgeny Donskoy saved three match points as he pulled off a stunning upset on Wednesday at the Dubai Duty Free Tennis Championships, ousting seven-time former champion Roger Federer 3-6, 7-6(7), 7-6(5) in an absorbing final match of the day.

Federer looked poised to claim his ninth victory of the year when he held match points at 6-4 and 7-6 in the second set tie-break, before Donskoy fought back to force a decider. Federer looked to have regrouped when he broke in the sixth game of the third set and served for the match at 5-4, but again he failed to close out victory, losing his serve to 30.

Donskoy then turned the tables as he broke Federer in the 11th game. But, serving for the biggest win of his career against the 18-time Grand Slam champion, the Russian was broken to love as the pulsating match when to a deciding tie-break.

Federer once again put himself in a commanding position as he led 5-2 with two serves to come. Yet in an astonishing turn of events, Donskoy reeled off the final five points of the match to prevail in just over two hours.

“I surprised everyone today. I think whoever wins against Roger (Federer) surprises himself,” said Donskoy. “I can say it’s a dream come true, but I don’t like this, because you always want to win, even if it’s Roger.”

Federer will next play the BNP Paribas Open in Indian Wells, beginning March 6.