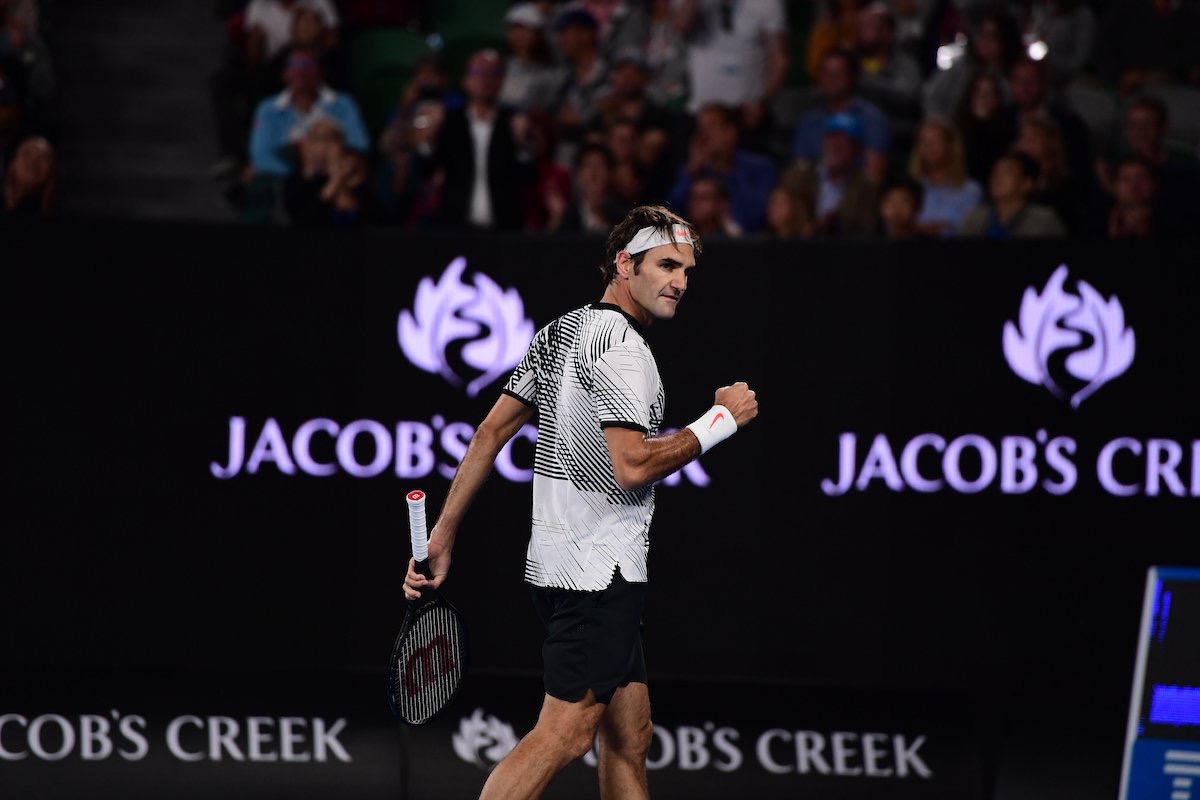 Federer Reaches Sixth Australian Open Final – Roger Federer fended off an onslaught from fellow Swiss Stan Wawrinka Thursday night in Melbourne, dismissing his Davis Cup teammate and friend in a three hour, five set battle, to reach his sixth Australian Open final, and the 28th grand slam final of his career. The Swiss maestro was able to take the early lead of a very tight match, breaking the 2014 Australian Open champion in the final game of the first set. Capitalizing on an important break point in the second set, Federer converted and held serve, soon thereafter taking a two sets to love lead. Although he broke his racket in frustration over his left knee which was later taped, Wawrinka took a medical timeout for an issue with his right knee after the second set. The sold out crowd at Rod Laver Arena were on their feet, seeing the final closing in.

Wawrinka, however, was not done yet. The 3-time grand slam champion broke Federer’s serve three times in the third set to rush to a 6-1 finish, and then just as the match turned back to the close affair it was in the first set, broke again and served out the fourth set as well. Federer took a rare medical timeout between sets for an adductor muscle issue, and looked tentative early on as his serve was heavily tested. After holding serve relatively comfortably to start the fifth set, Federer’s next two service games were prolonged by Wawrinka’s aggressive returns and nearly error free groundstroke game. The 4-time Australian Open champion responded with clutch serving to save two pivotal break points, and then broke for a 4-2 lead with a series of precisely placed returns. 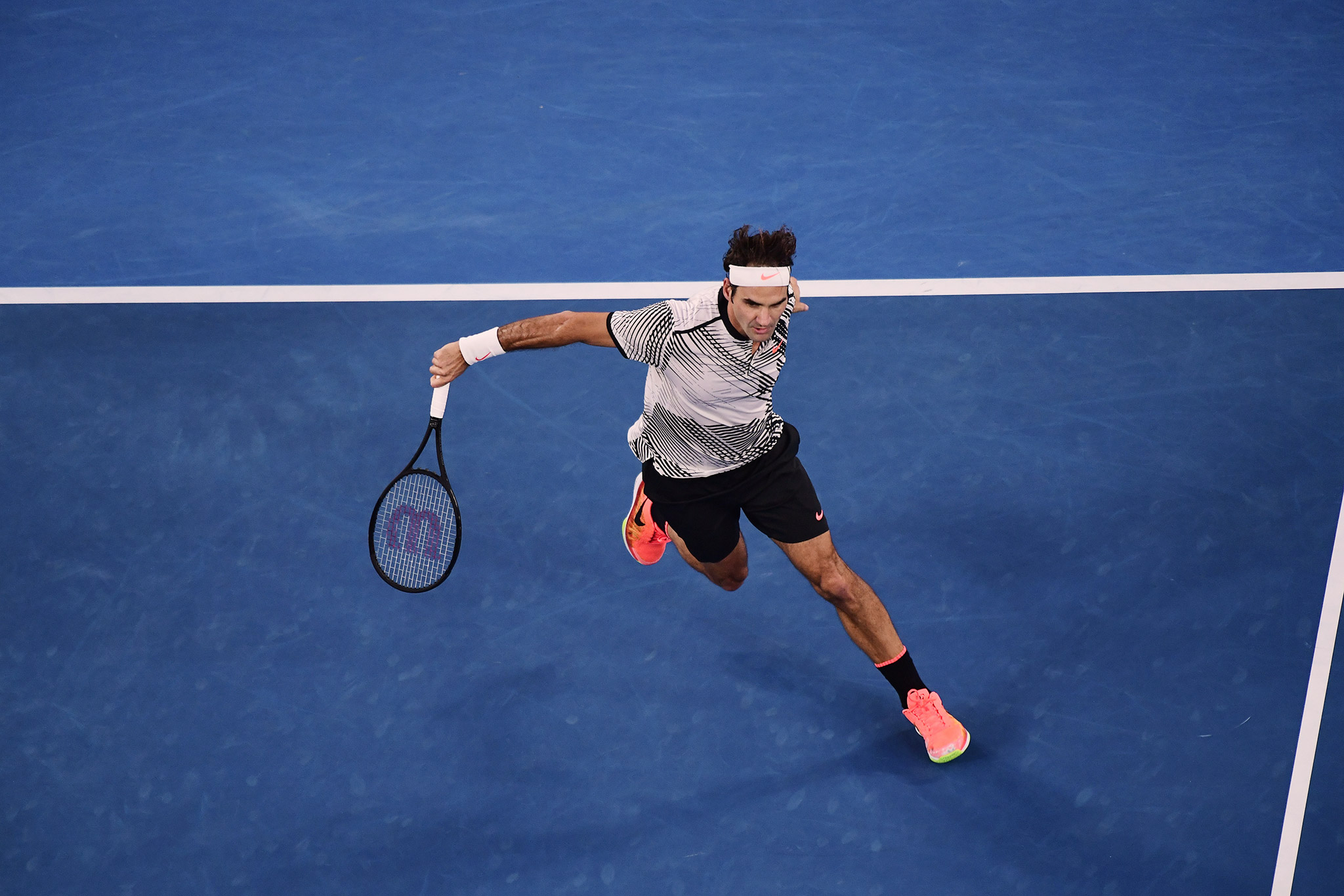 Federer treaded ahead after the break to serve out the comfortably, defeating Wawrinka after 3 hours 4 minutes, 7-5 6-3 1-6 4-6 6-3. Although he did not serve well, making 60% of first serves, along with hitting 50 unforced errors, the 17-time grand slam champion hit 11 aces and 47 winners. He was 4 of 9 on break point opportunities and won 34 of 50 points at net. Federer will face either Rafael Nadal or Grigor Dimitrov in Sunday’s final. He is the oldest man to reach a grand slam final since 39-year-old Ken Rosewall at the 1974 US Open. It is the first time the Swiss has defeated three top-10 ranked players in a grand slam, as he came into Melbourne ranked #17. It is also the second time Federer has won two five-set matches before a grand slam final – as he did en route to winning Roland Garros in 2009.

“I’ll leave all the energy here in Australia, and then I can relax after here,” said Federer, who will contest his 28th major final on Sunday. “It’s gone much better than I thought it would. That’s also what I was telling myself in the fifth set. I was talking to myself, saying like, ‘Just relax, man. The comeback is so great already. Let it fly off your racquet and just see what happens’.”

“I think that’s the mindset I got to have as well in the finals – a nothing-to-lose mentality. It’s been nice these last six matches to have that mentality. It worked very well, so I’ll keep that up.” 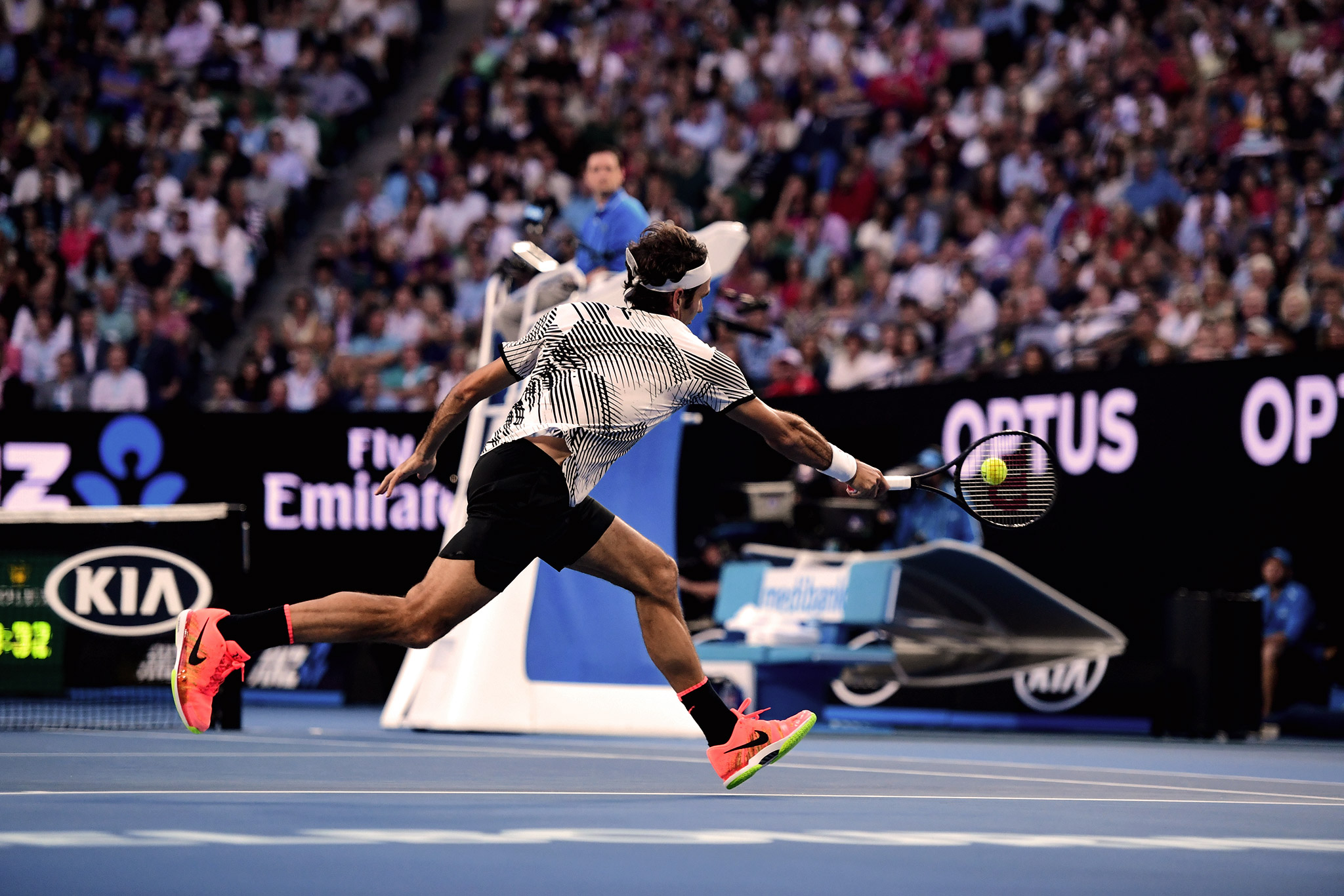