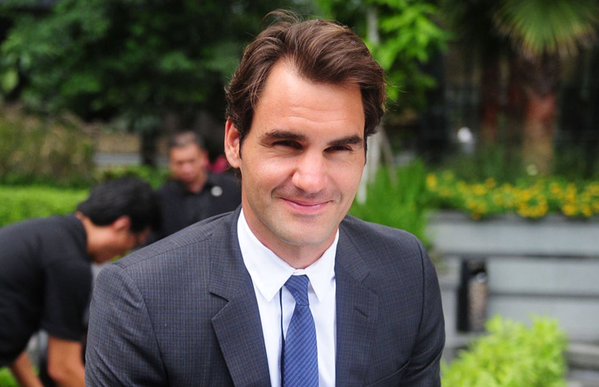 Roger Federer has released his full calendar year schedule for 2016. The Swiss maestro called his schedule ‘tentative’ as he shared his plans on Twitter, wishing Happy Holidays to fans and thanking them for their support. On the surface are sixteen tournaments, a normal and busy schedule. However, in taking a closer look, there is more than meets the eye. 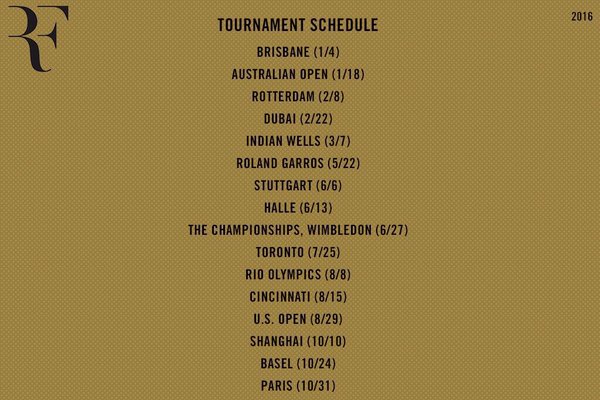 As in 2014 and 2015, Federer will begin his 2016 season at the Brisbane International, leading into the Australian Open. In February, he returns to Rotterdam after three years. The Swiss won the ABN AMRO title in 2012. Finishing up the month is his usual destination, his home away from home, Dubai, with much time spent there for training and in the off season. There, the 34-year-old Swiss will seek a record extending eighth title. As spring unfolds, a bit of summer comes early in Indian Wells, the only stop in March, as Federer will again skip the Miami Masters. Although he played in 2014, he skipped the event in 2013 and 2015.

As the tour switches over to clay, Federer will not. Electing to skip all three clay masters events, the Swiss will only play Roland Garros. Come June, he will participate in two grass court events, Stuttgart, which in recent weeks he committed to for 2016 and 2017, and Halle, another tournament where he seeks an eighth title. All roads lead to Wimbledon, as the summer becomes busier. Usually Federer takes a month off at this time of the year, using it as a training block before the summer hard court season. With the Olympics in play, the 17-time grand slam champion will play in Toronto, the Rio Olympics, and Cincinnati (also seeking an eighth title).

Federer may take part in all three events at the Rio Olympics, already confirming singles and mixed doubles with Martina Hingis. He has not yet ruled out playing doubles with Stan Wawrinka. The duo of course won Olympic gold in Beijing in 2008, and led Switzerland to their first Davis Cup title in 2014. Capping the end of summer is the US Open, followed by a normal autumn lineup, including the Shanghai Rolex Masters, Swiss Indoors in Basel, and Paris Masters.

Here is my tentative 2016 schedule. Happy holidays and thanks for all your support! 🗓🎾✌ pic.twitter.com/b3TtZCmYQh

In a year where he will turn 35, physical preservation and ambitions for opportunistic tournaments are clearly the focus for Federer in 2016. His schedule of course is tentative, so adding one of the clay masters events or pulling out of a listed tournament is not out of the possibilities. With Ivan Ljubicic joining the team in 2016 and a strategic schedule such as this, it will be interesting to watch what Federer will do next.