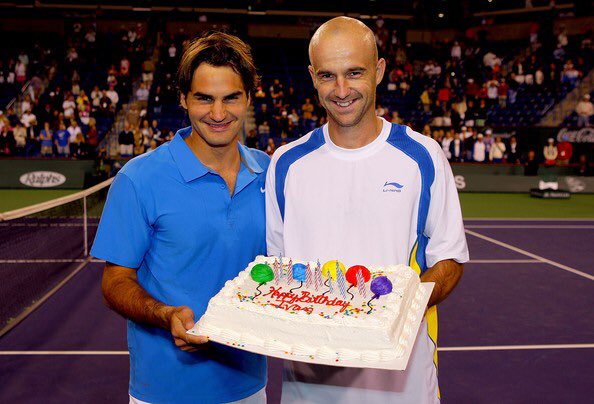 Earlier this week, Roger Federer announced he and Swedish coach Stefan Edberg were parting ways at the end of their two year partnership, which itself was only meant for a year. In addition, the Swiss brought on former world #3, Ivan Ljubicic, to join his coaching team along main coach Severin Luthi. Fedberg to Fedicic. At first glance, the average fan may question why bring in a player who retired just a few years ago, to fill the huge role of an idol as Edberg was, or the experience of Paul Annacone prior. Clearly the Swiss, even at 34-years-old, is willing to seek out fresh perspective. He and Severin Luthi, Federer’s primary coach since 2008, sought out Ljubicic for specific reasons.

Federer and Ljubicic faced off 16 times from 2000-2010, with the Croatian retiring in 2012. On the tour, he amassed a 429-296 record, winning 10 career titles. The highlight of his career was winning the bronze medal in doubles at the 2004 Olympics with Mario Ancic, followed by claiming the Davis Cup for Croatia in 2005. Off court, he has been influential. Ljubicic served on the ATP Player Council as well as the ATP Board of Directors, a rarity for an active player. Also a rare occurrence was his role as player-captain in Davis Cup. After retiring, he spent two years coaching Milos Raonic, the young Canadian who earlier this year reached a career high ranking of world #4. In tandem, he also managed Tomas Berdych in 2013 and has taken part in television commentary stints as well. The 36-year-old will bring intelligence and leadership to the Federer team in 2016. Both are qualities the Swiss maestro has praised of Ljubicic, being good friends for a very long time. 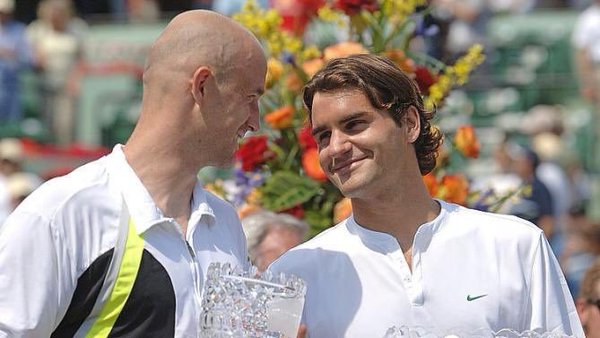 Ahead of the second season of the exhibition series, IPTL, Federer shared his thoughts on the changes to his team for 2016. “I think it’s very exciting that he’s joined the team,” Federer said of Ljubicic while speaking to reporters in Dubai on Friday. “I’ve known Ivan for very long, very well. Super nice guy and because he’s played against a lot of the players I still play against today – it’s the first time I’ve had someone in my coaching staff who has done that.”

“I’ve always worked with coaches who have played in a different generation, so I think number one that’s very exciting for me to hear him out.”

Federer continued to answer questions from the press, elaborating on motivation, perspective, and finding the right fit. “Also just in terms of motivation, hearing a different voice is always very nice. I’m very happy I was able to get him on my team. I can’t wait when he arrives here (in Dubai) and we’re going to start practicing together. But in the meantime of course Severin Luthi is my main coach.”

“He needs to match the team, because my team is super solid, super well in place with my physio, my fitness coach, my agent, my wife, my kids… it’s solid. So that person needs room to be able to say what he wants to say, and have freedom to work.”

“He needs to be to some extent a family man, he needs to understand my world, my life, that’s why I think Stefan, Paul Annacone and everybody I almost worked with had kids as well. Which is helpful because they understand the process and they know how important family is, to them, and to me in particular, I’m a huge family person. So it’s not a priority but it’s just a really important aspect which people forget, I do have four kids and my life is extremely busy in a great way.”

Then important is what can you bring to the team? He’s got experience from the tour as a player, as a coach, he wants to win, he wants to make me a better player, he wants to be a great support within the team. Trust is really important.” I think I’ve had the best coaches all along the way, at the right times, I had the right coaches. Parts of it was because I got lucky, some were because the federation hired them, others because I was able to hire them. But I think I didn’t make a mistake ever hiring anybody.”

Federer faces Nadal in the exhibition league, IPTL, Saturday December 12 in India, as the UAE Royals face the Indian Aces. The Swiss maestro will return to Dubai for training before taking part in the local swing, December 14-16, at the Dubai Duty Free Tennis Stadium. Federer’s 2016 season kicks off at the Brisbane International, which begins January 3.