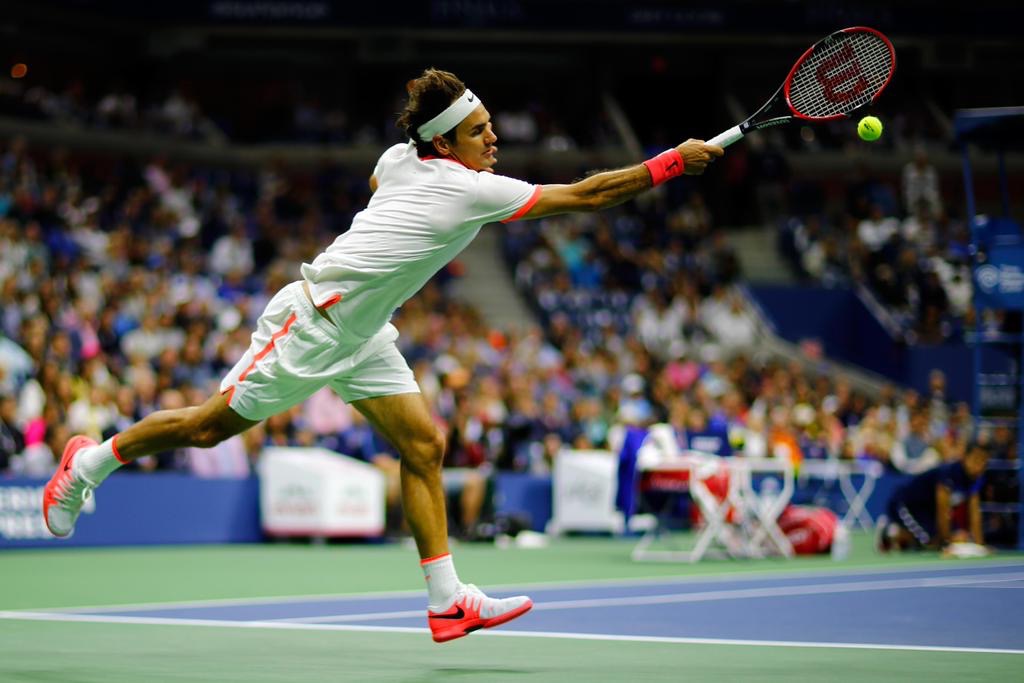 Roger Federer fell short of claiming his sixth US Open title and 18th grand slam Sunday night in New York, as Novak Djokovic claimed his second trophy in Flushing Meadows with a four set victory, 6-4 5-7 6-4 6-4. The start of the final was delayed by three hours due to rain, turning the last match of the tournament into a night match, under cool conditions with occasionally mild winds. Both players showed plenty of nerves in the first set, and the 34-year-old Swiss was uncharacteristically broken twice.

The second set brought rhythm, with reliable serving, and each player began finding their groove. Late in the set, Federer made the push for the break with a sharp backhand crosscourt to even the match and bring all of Arthur Ashe to a standing ovation. The 17-time grand slam champion would see several break chances in the third and fourth sets, but rarely converted. Despite being down 5-2 in the fourth set and coming back to a point away from evening it at 5-all, Djokovic held firm mentally as he had throughout. The Serbian played one final serve, saw one final return going long, and in 3 hours 20 minutes, sealed victory for his third grand slam of the year. 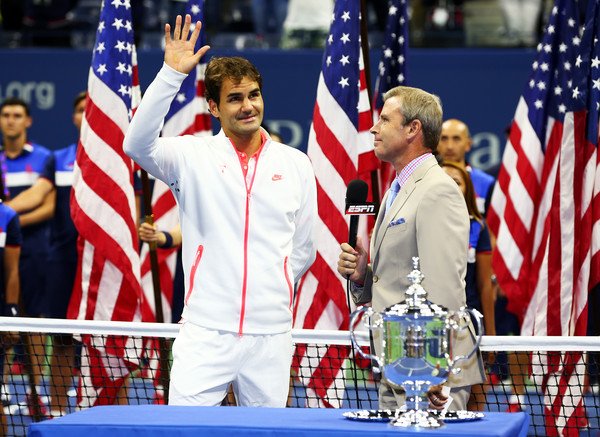 Afterward, Federer reflected on the match, his chances and disappointment. “I should have never been down in the first place two sets to one and 5-2…Surely I am very disappointed,” Federer said. “I had my chances on my racket.” Djokovic was 6 of 13 on break points. Federer, 4 of 23.

His serve was shaky in the early going Sunday. Federer’s coach, six-time Grand Slam champ Stefan Edberg, said the conditions contributed to that. After a rain delay of more than three hours, the air was cooler and the court slower. “That’s the way it goes,” Edberg said.

After 33-year-old Flavia Pennetta announced her retirement during the women’s trophy presentation Saturday, many pondered the future of Federer, if he may say soon enough say it’s time. The Swiss put all of those thoughts to rest, rather abruptly ending his speech by telling the crowd, “I’ll see you guys next year.”

Still optimistic of his high level, Federer’s coach knows there will still be a few more chances left. “You still cannot count him out,” Edberg said. “If he keeps playing at this level, he’ll get another shot.” 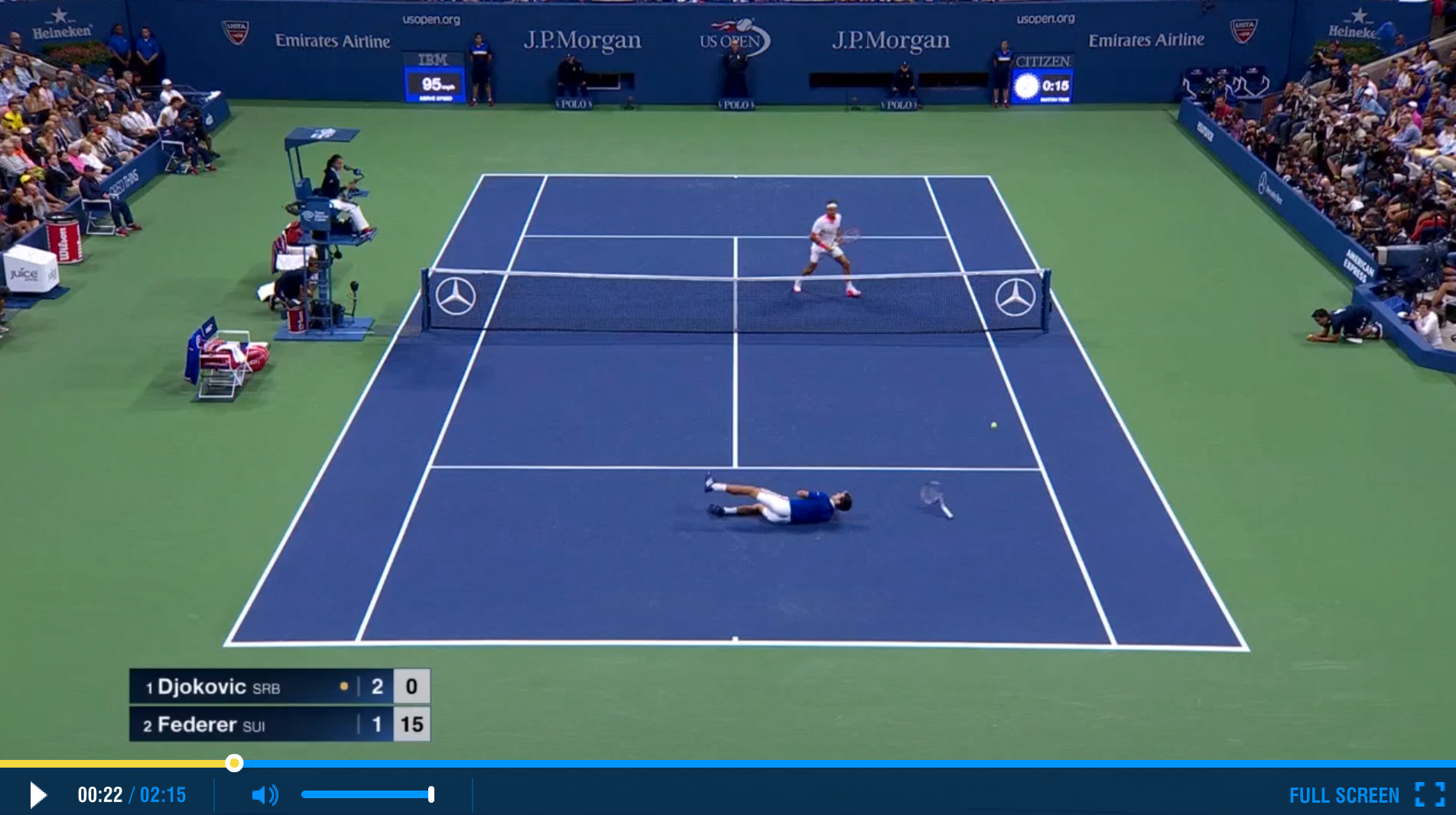 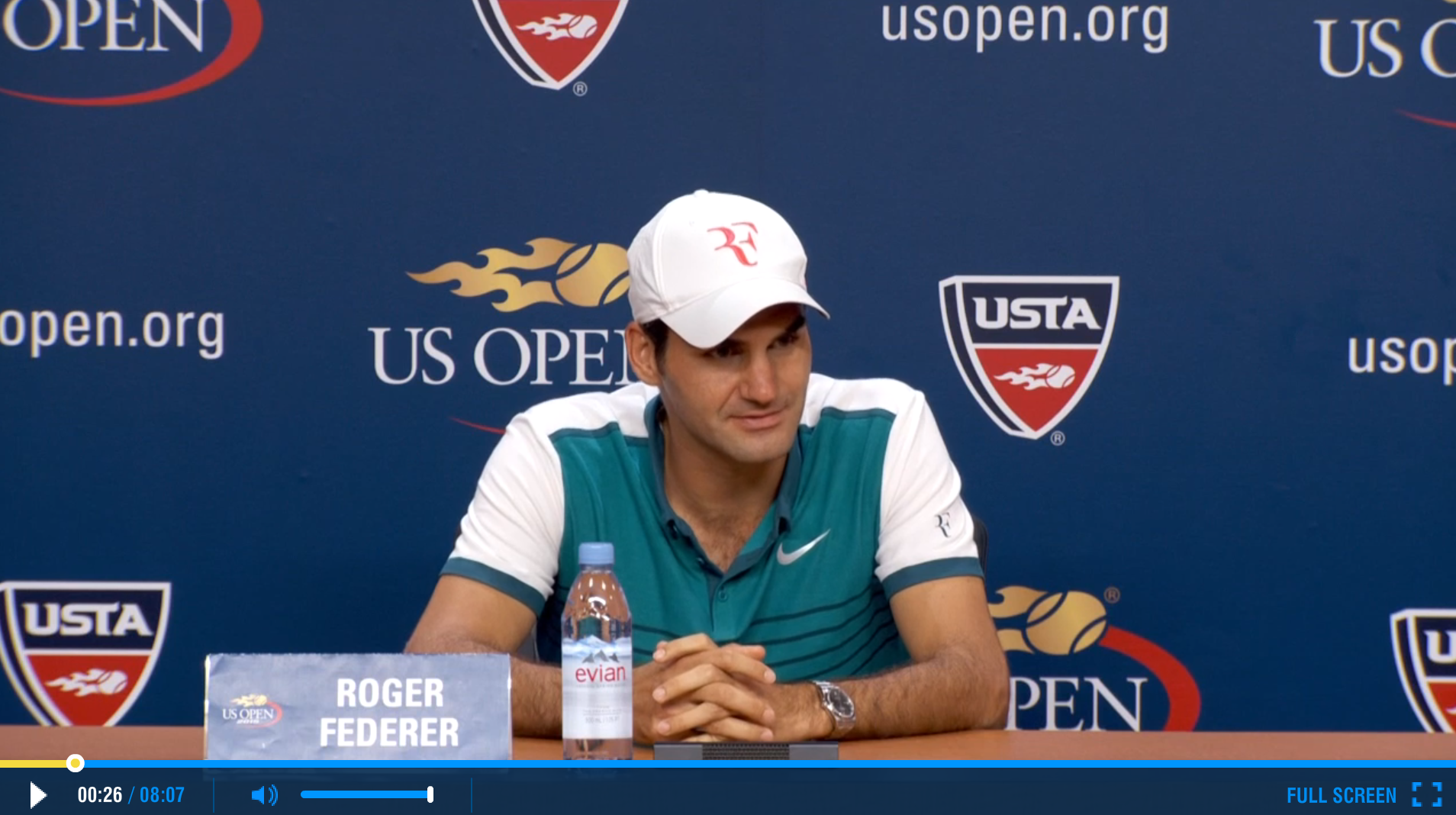 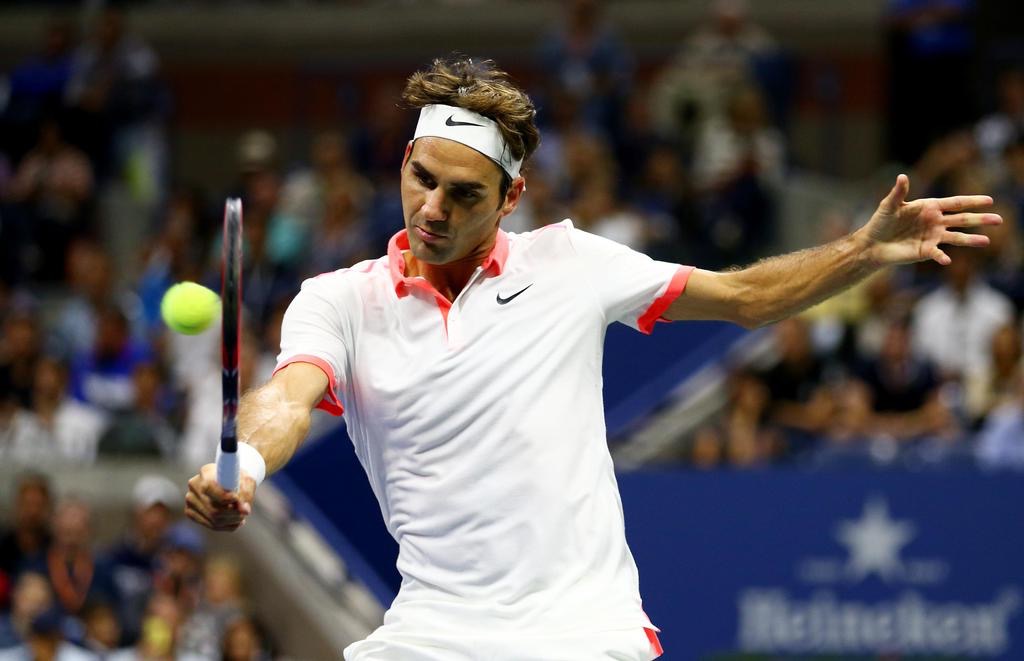