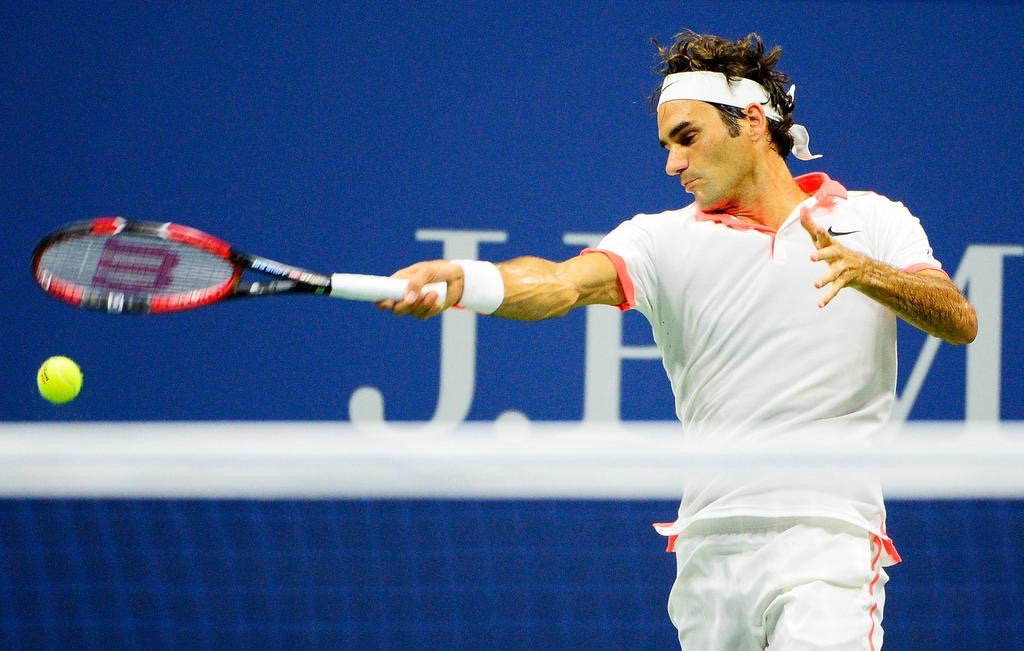 Federer Moves Past Gasquet into US Open Semifinals

Roger Federer raced through his quarterfinal Wednesday night in New York, beating the forecasted rain and thunderstorms by at least an hour. The Swiss maestro faced no danger against Frenchman Richard Gasquet, who he dispatched in 1 hour 27 minutes, 6-3 6-3 6-1. Sublime throughout, the 5-time US Open champion hit 16 aces and 50 winners. Gasquet was able to hold from love-40 down at 2-5, but that was the as much resistance as the world #12 would put up under the lights of Arthur Ashe stadium.

The 34-year-old Swiss attacked with precision, making 76% of his first serves and winning 87% of points on his first serve. Federer was dominant at net, winning 23 of 28 points, and used his “sabr” (sneak attack by Roger) tactic, which paid dividends. He converted 5 of 13 break point opportunities and won 47% of receiving points. 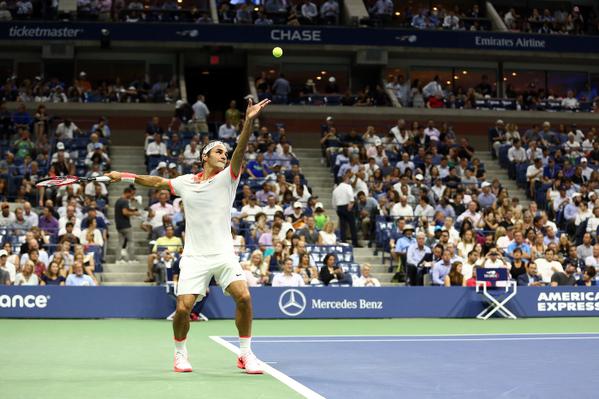 The win caps the Swiss maestro’s 25th consecutive set won, his longest streak since 2008, a telling sign of his level of play. Next up, a much tougher task. A showdown with Swiss Davis Cup teammate and fierce competitor, Stan Wawrinka. The two-time grand slam champion soundly dismissed Kevin Anderson 6-4 6-4 6-0 in a match which was postponed due to rain and played on Louis Armstrong stadium nearly simultaneously to the night match on Arthur Ashe stadium. Federer leads the head-to-head 16-3, but ‘Stan the Man’ won their last meeting on route to his second grand slam title at Roland Garros this year.

Federer Moves Past Gasquet into US Open Semifinals

Federer reflected on the quarterfinals as well as Friday’s upcoming semifinal during his post-match interview with ESPN. “I think I played a very good match, I felt the ball great from the return [and] it helped playing Isner in the previous round and seeing those massive serves,” said Federer. “This is going to help me also physically and mentally save energy; I hope because of that, I can play better in the semi-finals,” he added.

The Swiss No. 1 noted that Wawrinka played a “wonderful” match against him at Roland Garros, where the Swiss No. 2 triumphed in straight sets and advanced to the final where he claimed a second Grand Slam. “He’s improved a lot and I couldn’t be happier to play him here. “It’s two Swiss in the semis of the US Open, it’s very cool for the both of us and I’m looking forward to it,” said Federer, who will on Friday contest his 38th major semi-final. 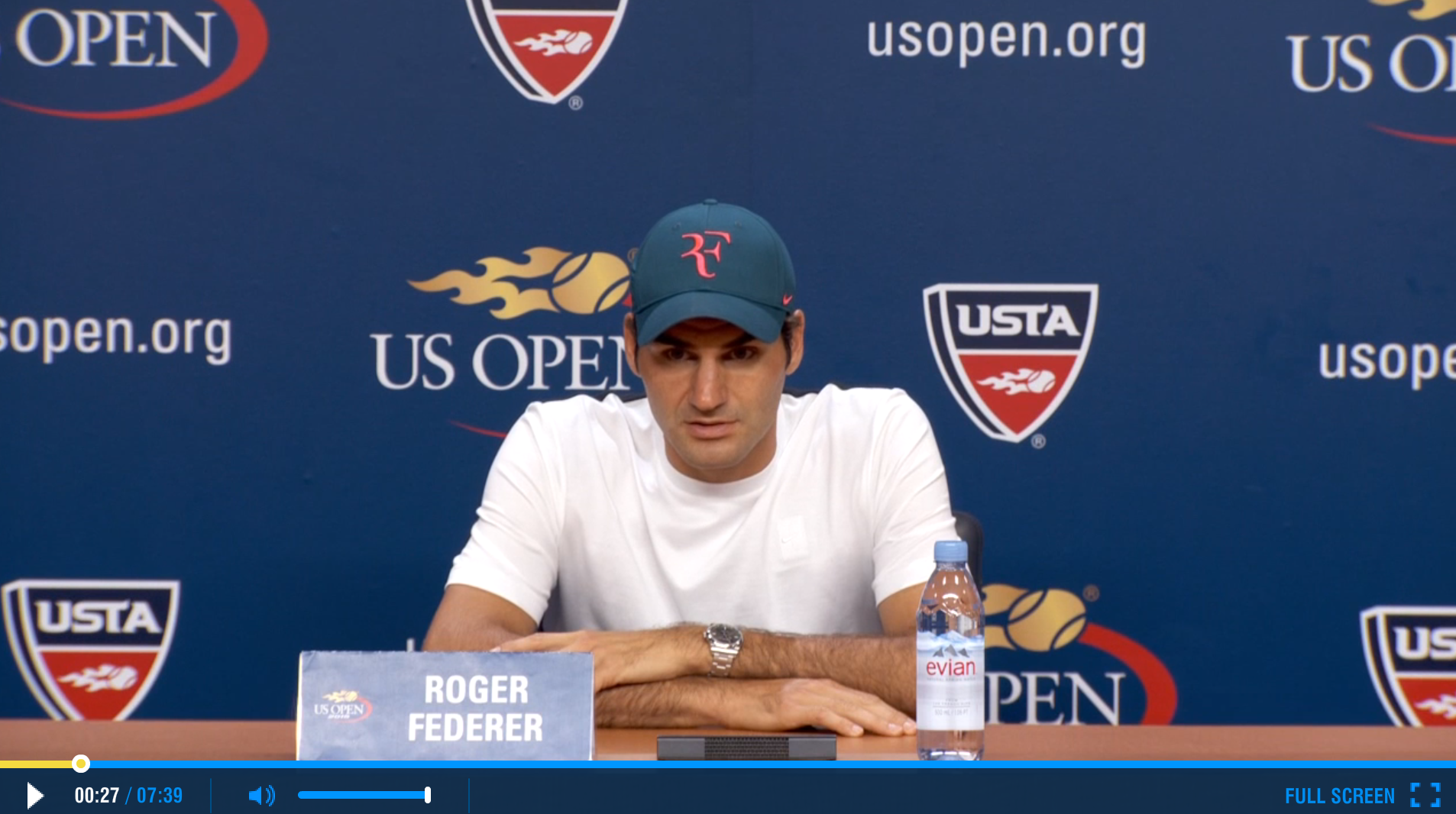 “I believe Stan can bring it. That’s my number one focus, that I make it as hard as possible for him to beat me. Personally I’m very happy with the where my game is at, it’s just a matter of keeping it up and adjusting to Stan now,” said Federer. “Looking forward to playing him, because he definitely is a big test and a big challenge for me,” he added. 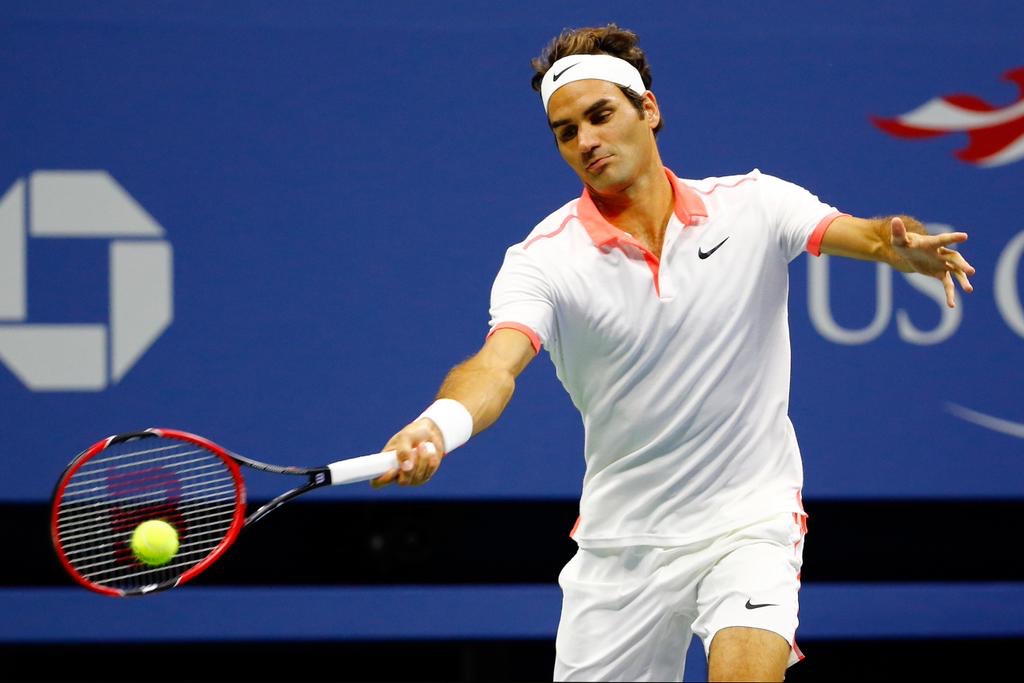