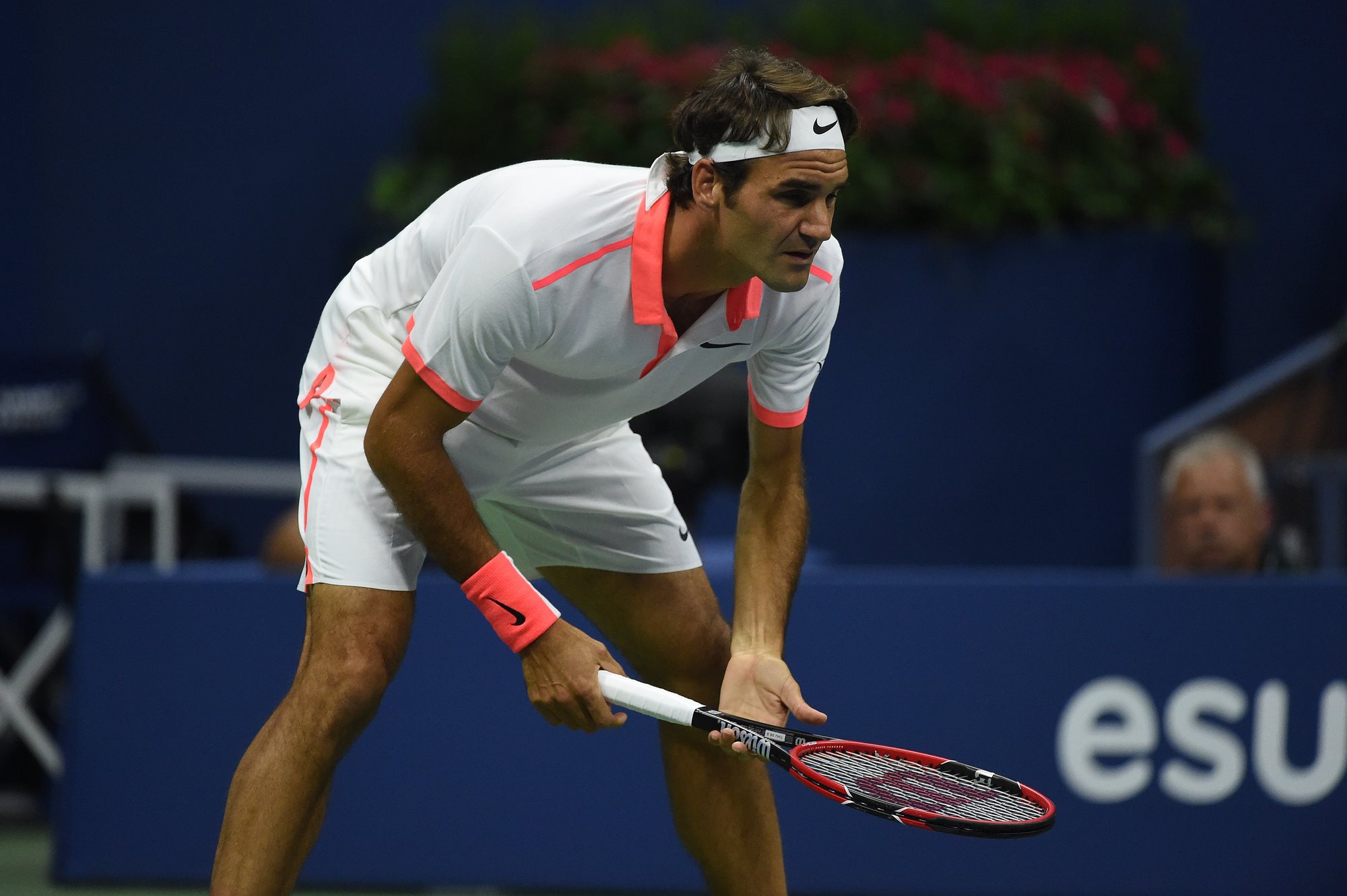 Federer Tops Isner in Straight Sets at US Open

Roger Federer put on a sublime performance Monday night at the US Open, handing big serving John Isner his first break at the US Open since 2013, while simultaneously putting on a show to cap the Labor Day weekend in New York. The Swiss maestro knew going into the fourth round clash that holding serve would be pivotal, as one slip could cost him a set or even the match. Until the very last game, the American remained unbroken, fending off a few break point opportunities. The tiebreak became an ally for the 5-time US Open champion, who cruised through the first set tiebreak after a few tight points.

Bailing himself out of a love-40 hole but unable to capitalize on a love-40 break point opportunity, Federer managed to stay in front as Isner forced another tiebreak. This time the American took the mini-break lead for 4-2 on the change of ends. However, the 34-year-old Swiss displayed magic to get on even terms, and then ascended with a forehand return winner reminiscent of his final shot against Pete Sampras fourteen years ago in the fourth round at Wimbledon. 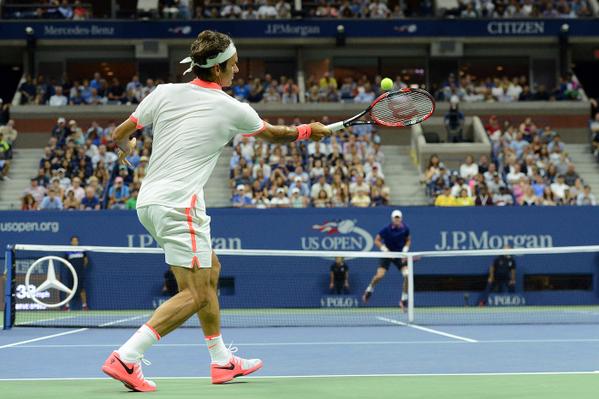 On the very next point, set point for a two set lead, Federer served out wide, swiftly moving to his left to retrieve Isner’s sharp backhand return – then uncoiled a backhand winner down the line, catching the line as revealed by the American’s replay challenge. Isner hung tough throughout the third set until Federer pounced at his love-30 chance in the twelfth game. The Swiss struck a running backhand winner down the line to set up triple match point. Two points later, he flicked a backhand on the run at full stretch, forcing Isner to miss a volley wide.

RT this if @RogerFederer made your jaw drop tonight at the #USOpen with this backhand –> pic.twitter.com/axCe0rqf9U

After the match, the Swiss shared his thoughts on the match with Brad Gilbert of ESPN on court. “John is one of the best servers in the game,” said Federer. “Especially the pace on his second serve, it’s unreal. You just have to hang around and not drop your own serve. I guess that was the key to the match.”

“I think it started with a good pickup by me,” reflected Federer. “He hit and charged the net so I had to hit a tough pass. Then I served really well, had a few looks on his second serves and had perfect timing on them. You have to get a bit lucky to win a tie-break seven-love against John, but as long as you win the tie-break, the score doesn’t really matter.”

“[At 0/40 down] I thought the set could be getting away in a hurry, but I just tried to make him earn it,” “I was hoping to get some first serves in. I did that and the next thing you know, you’re back in the game. It was clearly a crucial game, the way we were serving.” 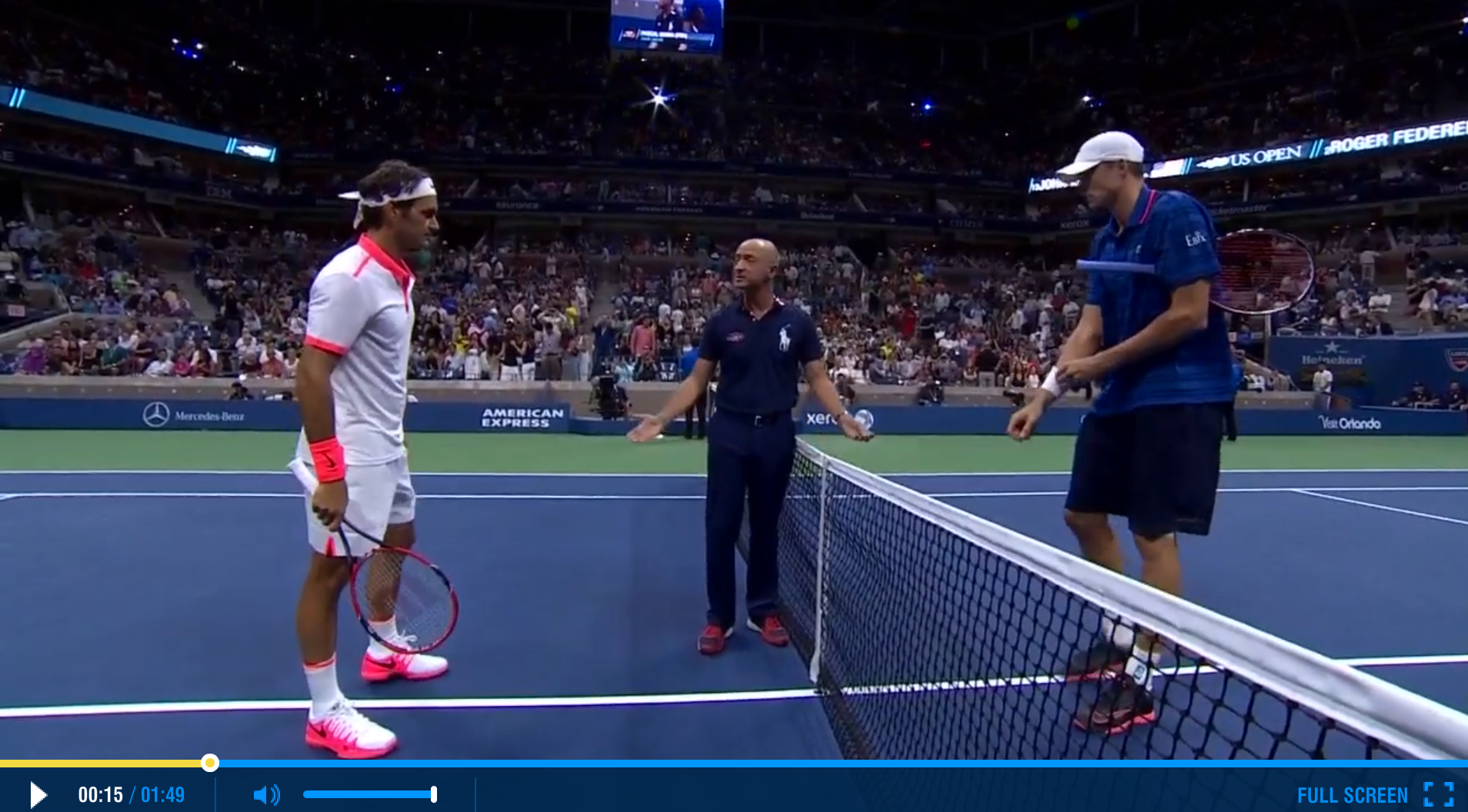 Federer Tops Isner in Straight Sets at US Open