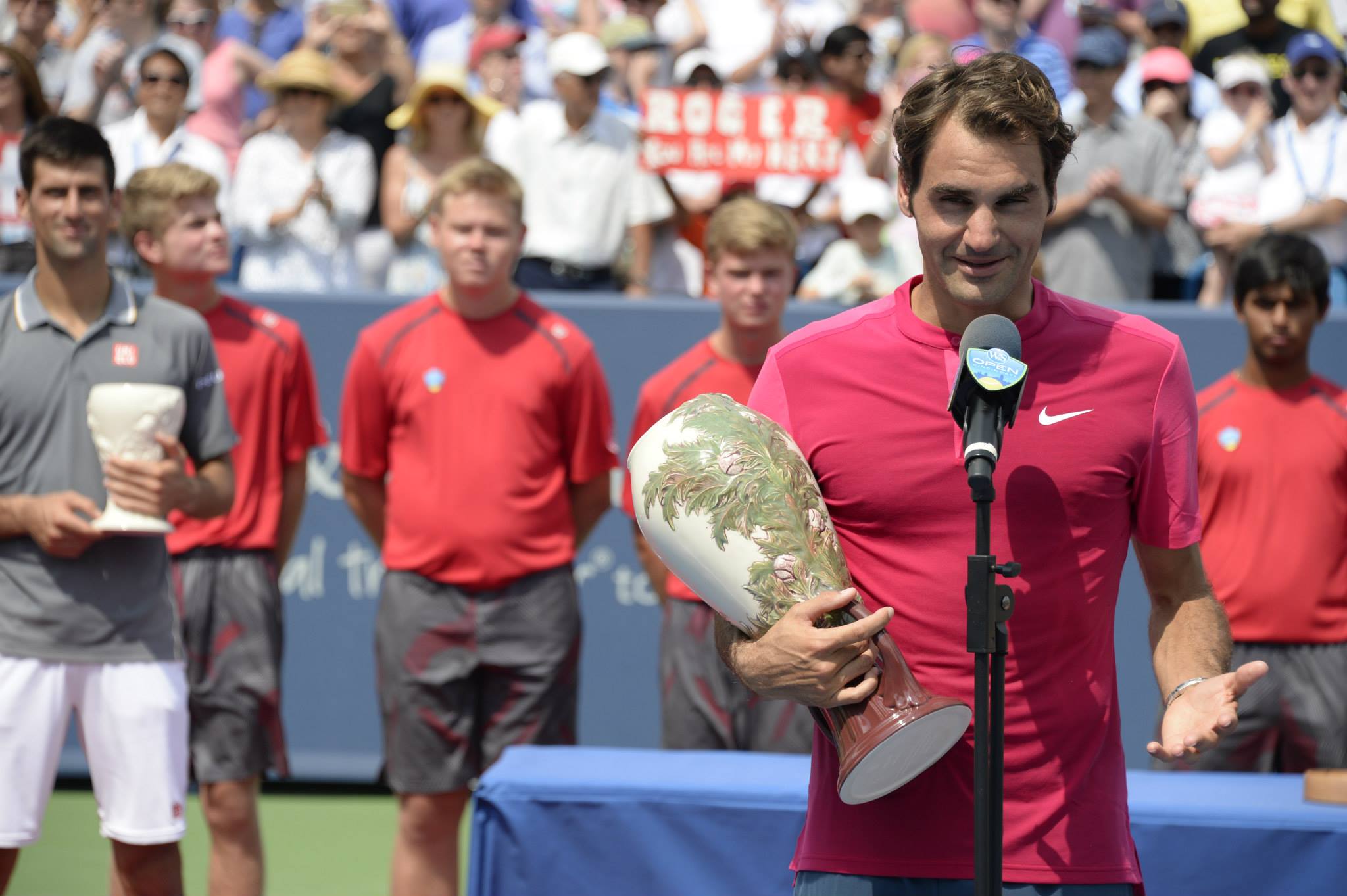 Coming into today’s final, the two superstars were even in their head-to-head record for the first time ever, 20-20. Federer claimed his 24th ATP World Tour Masters 1000 title and 87th career title with an impressive 7-6 (1) 6-3 win over the top seeded Djokovic. It was the third final in Cincinnati between the two, with the Swiss prevailing in both previous meetings (2009, 2012). 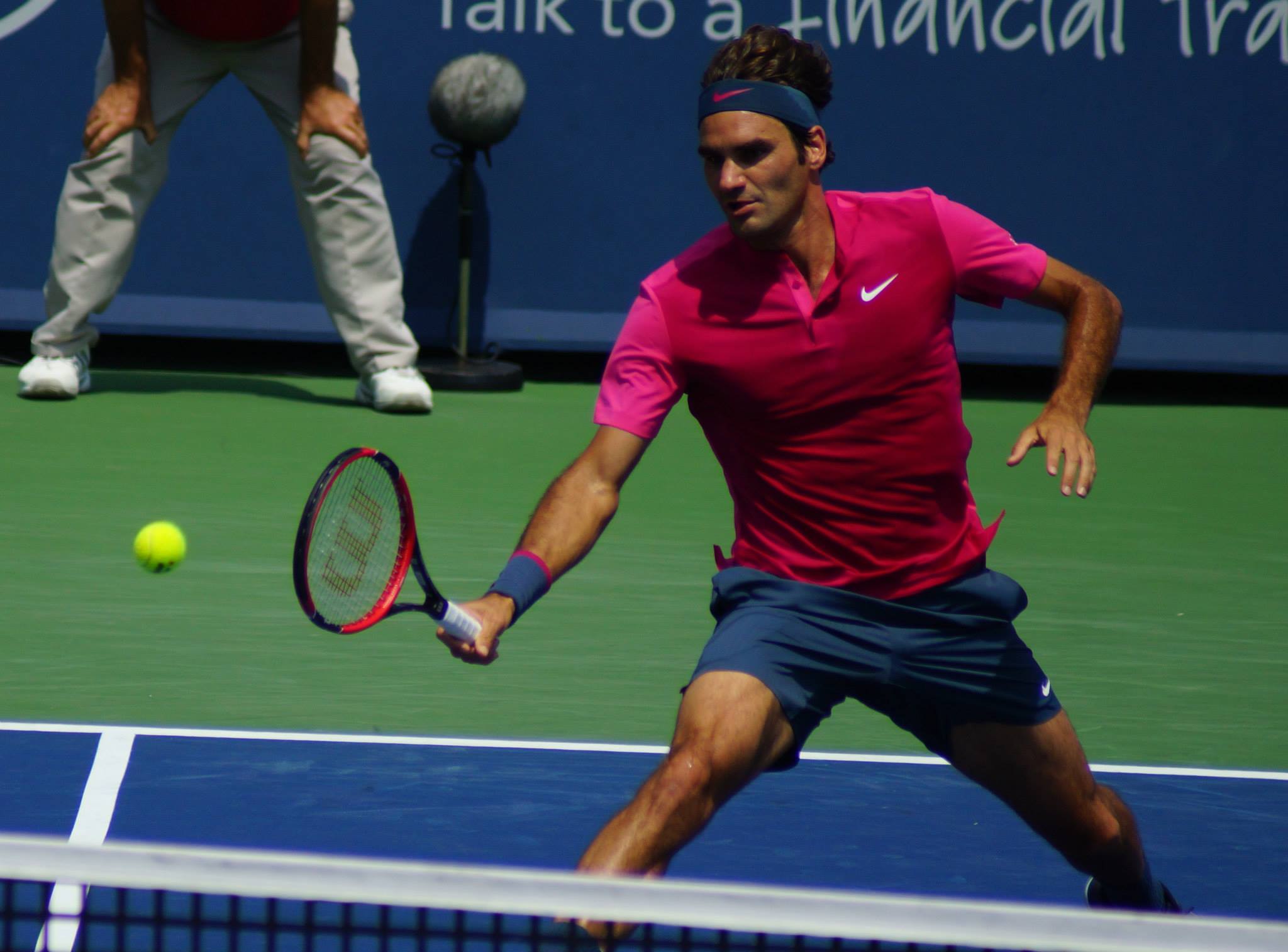 The coined phrase “pulling a Roger” saw the Swiss rushing in on a return in the first set tiebreak that put Djokovic under pressure to put a backhand into play. Federer’s attacking style kept him in front from then on, breaking easily and taking a 3-0 lead in the second set. Against the best returner in the game today, 7-time Cincinnati champion won 83% of points on his first serve and 73% of points on his second serve. He did not drop serve once against Murray or Djokovic, and did not face a single break point either. With 32 winners and winning 21 of 29 points at net, Federer prevented Djokovic from finding any rhythm from the baseline.

The win puts the 34-year-old Swiss back at world #2, which briefly belonged to Andy Murray after the Brit won the Montreal Masters last week. Afterward, Federer spoke about his successful week in Cincinnati and looked ahead to the US Open in New York. “Now I’ve got the confidence, I’ve got the matches, and I’m actually still feeling really fresh even after this week, because the matches have been rather short,” Federer said. “I think I moved well. I was explosive moving forward. Volleys were good. I think from the baseline I was hitting my forehand very well.”

“I tried to really mix it up on his second serve and I was hoping to serve good enough myself to keep me out of trouble,” Federer added during an interview with ESPN following the match. “He had that one bad game at the beginning of the second set, which made the difference in the match.”

“I’ve seen Novak adapt to my play over the years and he’s also improved a lot. His movement and his backhand and forehand are always so solid. There aren’t many errors coming out of his forehand wing now. Our rivalry has definitely evolved.”

The Tired Eddy Shuffle by oohcahsile 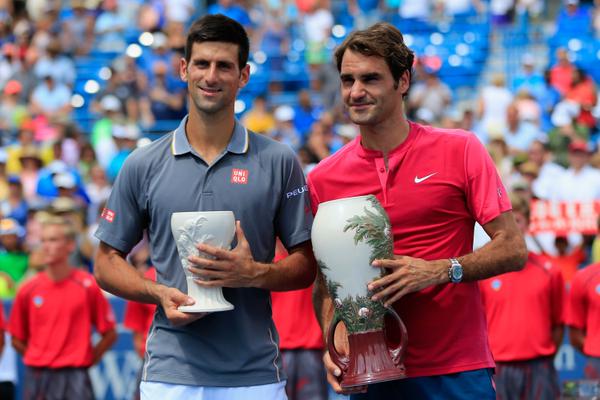 Watch full coverage of the 2015 US Open, beginning Monday, August 31, on FedFanTV.