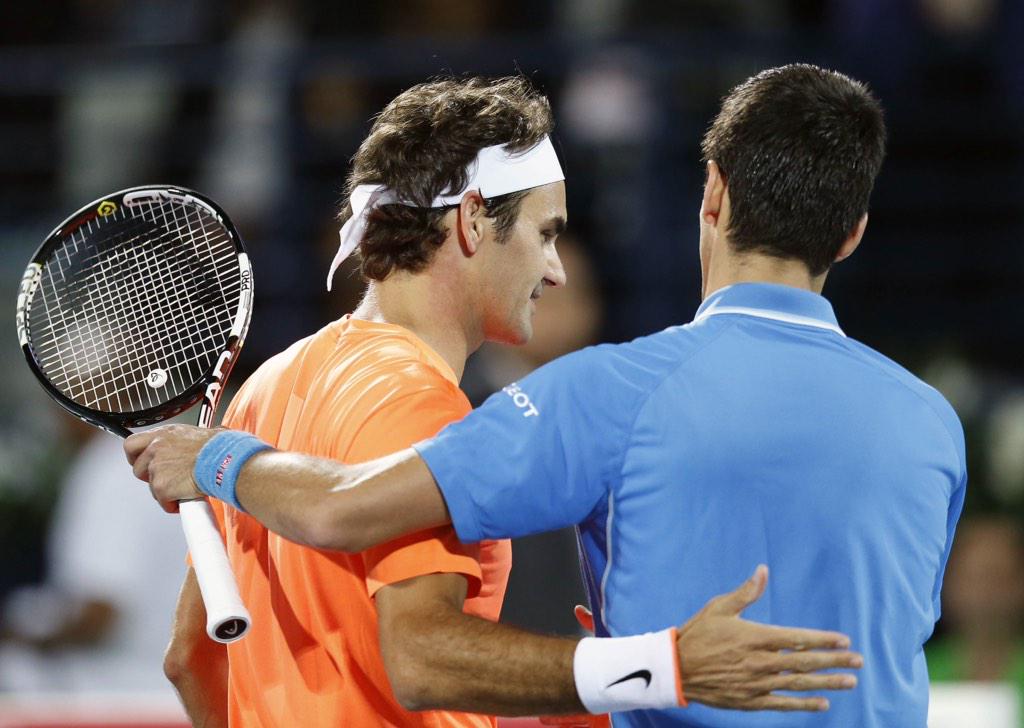 Seventh heaven for Roger Federer, who was simply too good for Novak Djokovic Saturday night in Dubai. A fitting final put the two players who had previously won a combined ten titles at the Dubai Duty Free Tennis Championships. The ATP 500 event, voted as best in class, showcased a high octane final between the world’s best players. From the start, it was apparent both players were sharp, in their zone, and it would be a matter of a few points to separate them. Federer dictated terms with his serve and first strike tennis, while Djokovic flashed his return game, the best in the game today.

“Everybody,..yes everybody had jumped out of their seats, what a match, what a performance from Roger Federer. It is title #7 in Dubai.” 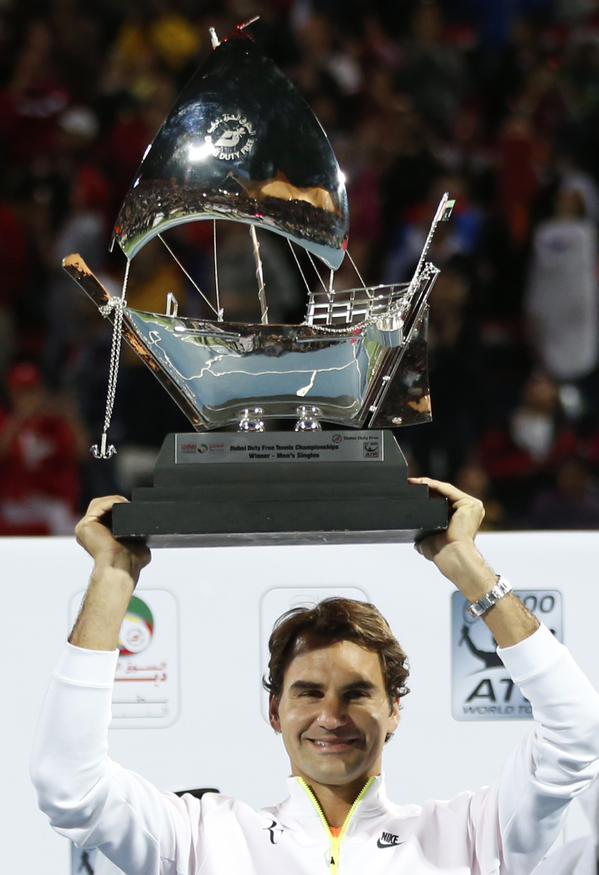 Federer struck first, breaking the Serb in the eighth game, quickly serving out the first set thereafter, 6-3. Relentless, he would not succumb to a letdown early in the second set. Djokovic began to find his range on his return, chewing into the Swiss maestro’s service games, but with no dividends. Twice down 15-40, Federer fought back with clutch serving, focused aggression in moving forward, and the deftest volleys. He saved all seven break points he faced, and broke serve twice, the difference of the match.

Rattled by Federer’s sharpness, including two blistering back-to-back backhand winners down the line, Djokovic faltered at the tail end of the second set, and the 17-time grand slam champion capitalized. Not without a last stand from the Serb however, who had a break point opportunity to take it to a tiebreak. However Federer erased all chances of the match being extended with an ace, soon after stretching Djokovic out wide with his serve and smashing a forehand winner. 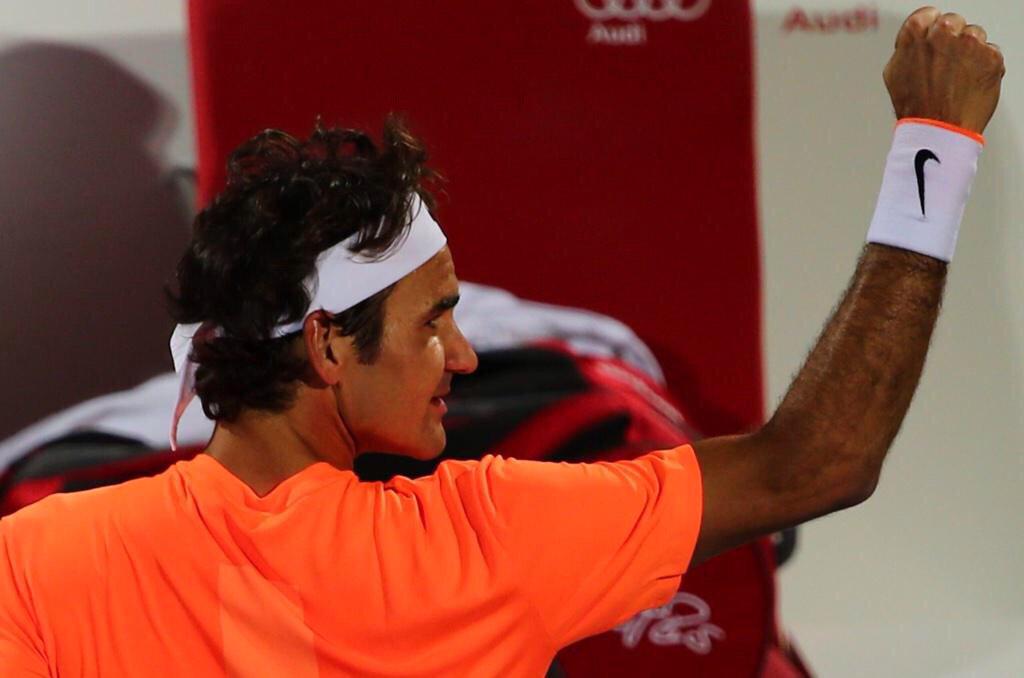 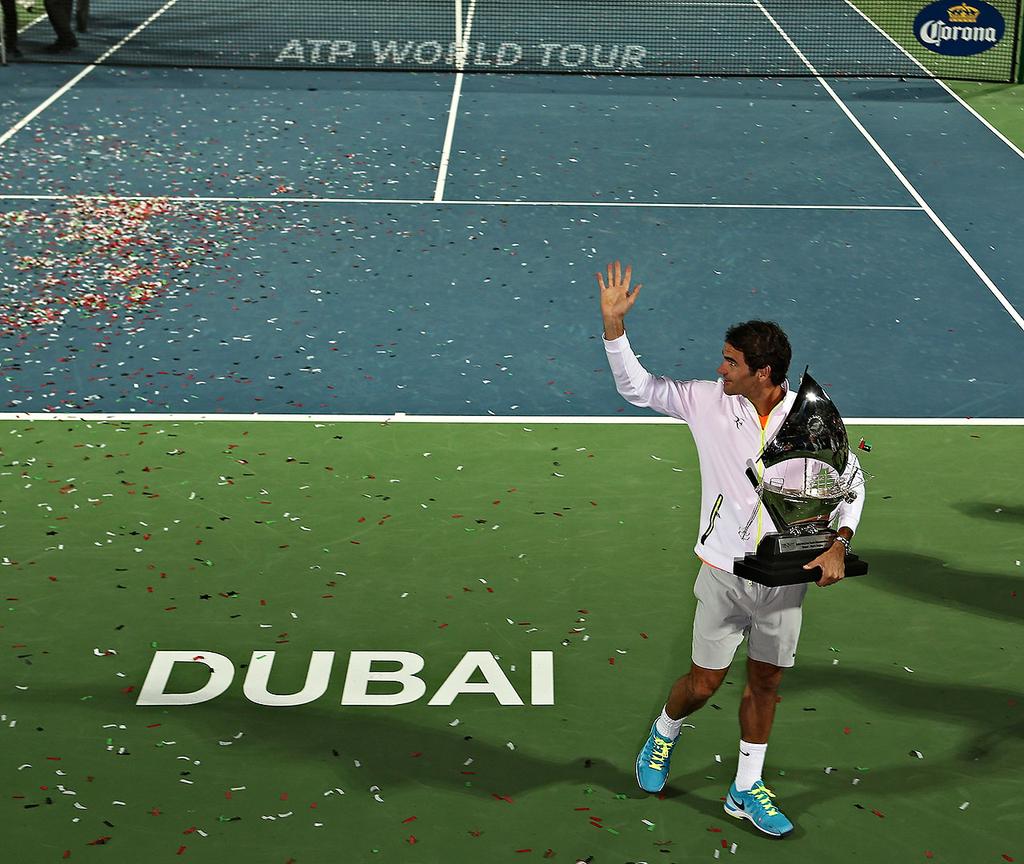 “It’s been nice seeing Novak’s improvements over all these years. He’s become such an unbelievable player, especially the past five, six years, and cleaned up his game so nicely and became the best mover in the game. It’s really a pleasure playing against him every single time again.”

Federer will take a week off before facing Grigor Dimitrov at Madison Square Garden for the 2015 BNP Paribas Showdown. Following the exhibition match, the Swiss heads to the BNP Paribas Open in Indian Wells (March 12-22).