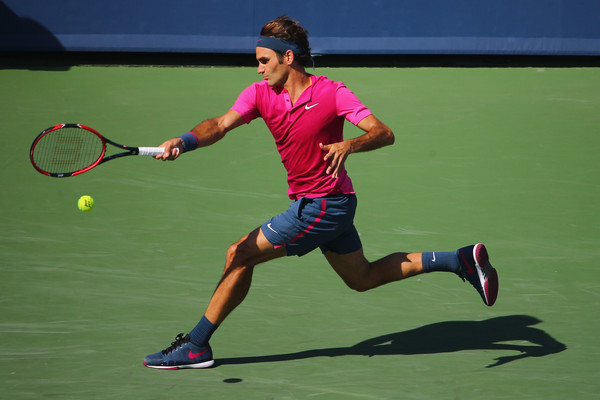 Roger Federer knew he was going up against the man on a win streak this summer hard court swing in Andy Murray, and he took to the offensive from the start Saturday afternoon in Cincinnati. The Swiss maestro struck first for a break at 2-1 in the first set, serving immaculately to serve out the set with an inside-in forehand right on the line. More of the same continued in the second set, as the 34-year-old Swiss hit 26 winners for the match, winning 13 of 18 points at net.

The 6-time Cincinnati champion kept Murray out of rhythm at the most important moments, especially during the second set tiebreak. A sign of how well he was serving: Federer did not face a single break point in the entire match. In 1 hour 37 minutes, he clinched victory by putting away a volley. The 6-4 7-6 (6) win sends the Swiss to his seventh final at the Western & Southern Open, where he will face Novak Djokovic, who overcame Alexandr Dolgopolov earlier in three sets. 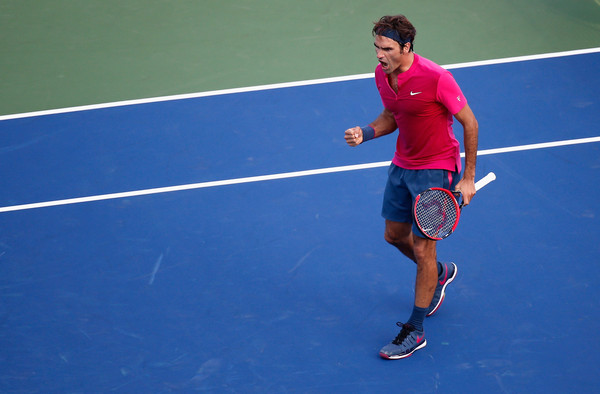 Federer and Djokovic have faced off twice in the final of the Cincinnati Masters, with the Swiss winning on both occasions (2009, 2012). After Saturday’s semifinal, the Swiss reflected on the match. “It would be great to win another Masters 1000, especially here in Cincinnati,” said Federer. “Going for my seventh here is just great. It’s wonderful to be another finalist because coming here now I’m perfectly prepared for the final.”

“I’ve been practicing and away from the game since Wimbledon. It’s not that long, but in tennis terms one month is a long time. I’ll give it all I have tomorrow. It’s going to be tough. Couldn’t ask for a tougher opponent than Novak.”

“Hopefully I can take advantage of the fact that I’m fresh and ready to go.”