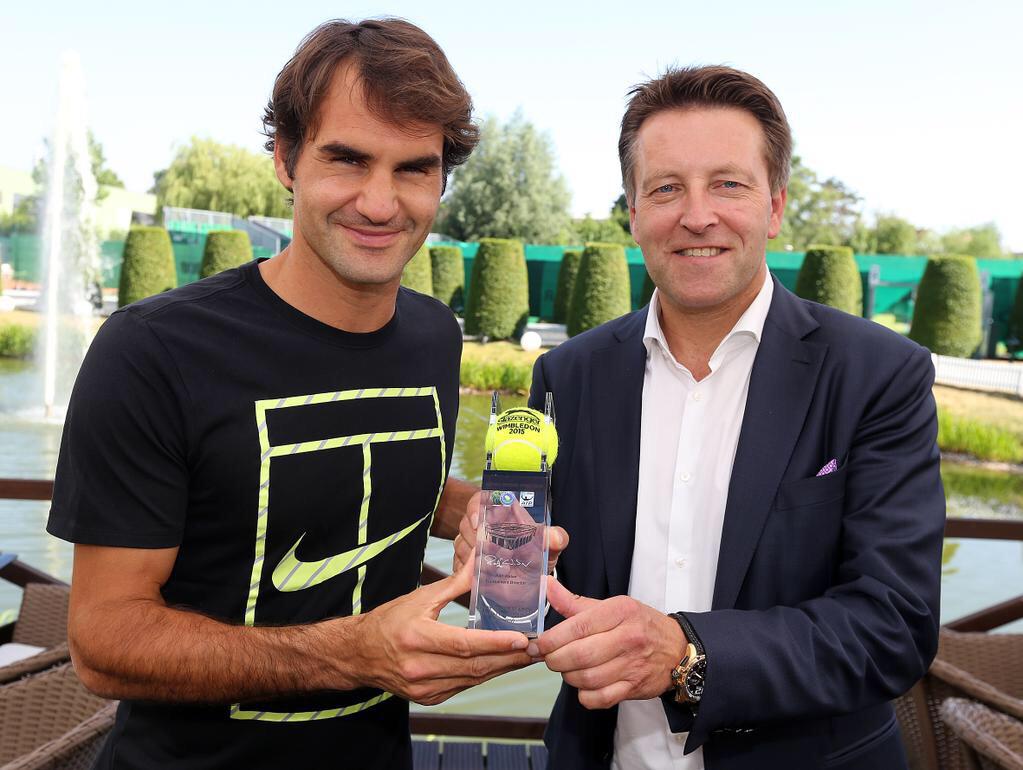 Roger Federer switches gears as the ATP World Tour enters the short grass season in 2015. The Swiss maestro, a 7-time champion at the Gerry Weber Open in Halle, begins his campaign for an eight title against Philipp Kohlschreiber in the first round on Monday. With the tournament upgraded to ATP 500 status, it marks the first time both Wimbledon tune-up events (Halle, Queens) offer 500 ranking points. The two grass court tournaments previously were ATP 250 events.

If the 17-time grand slam champion gets past his tough opening round match, he would face either Ernests Gulbis or Sergiy Stakhovsky in the second round. He is seeded to meet Bernard Tomic in the quarterfinals and either third seed Tomas Berdych or eighth seed Ivo Karlovic in the semifinals. 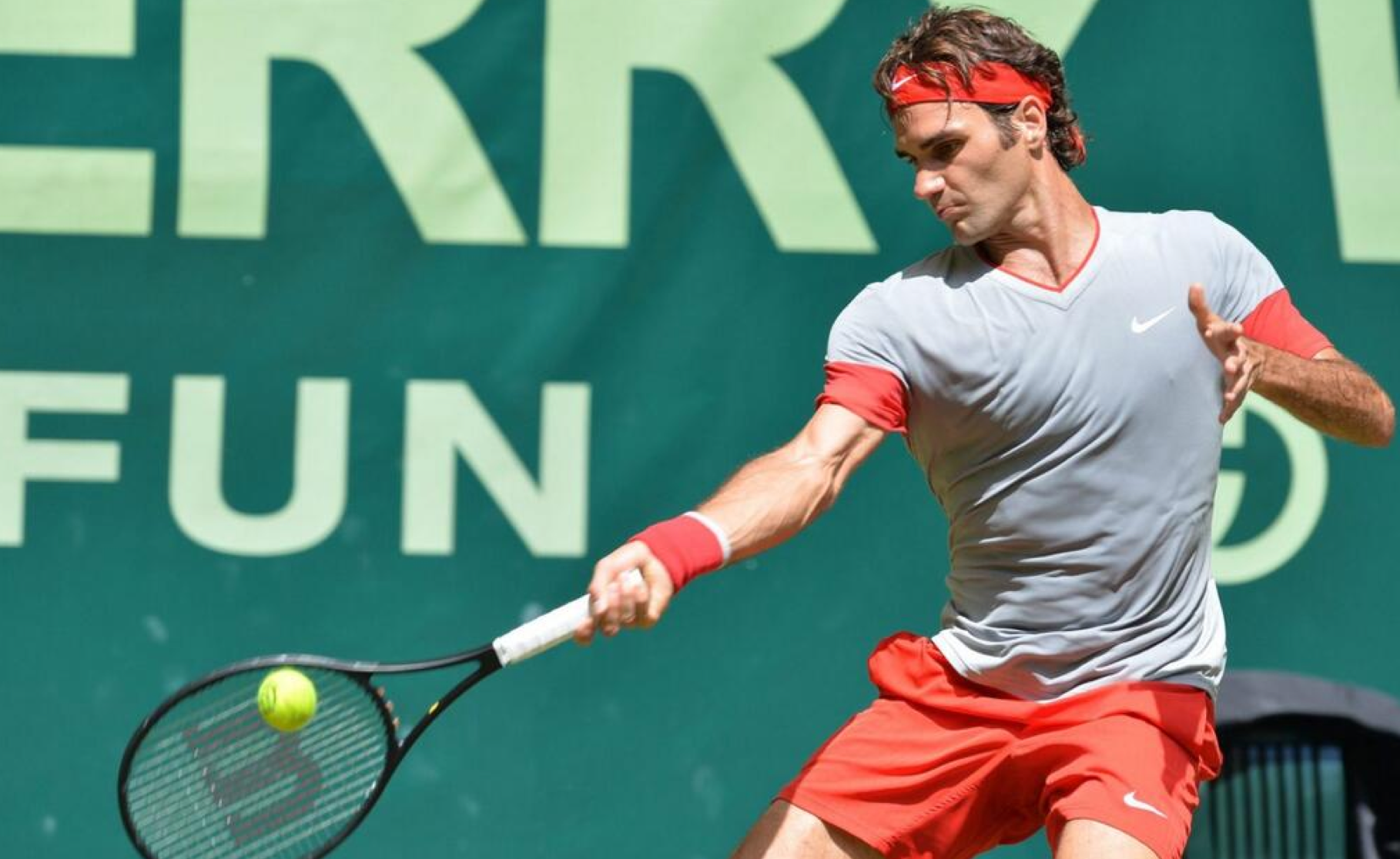 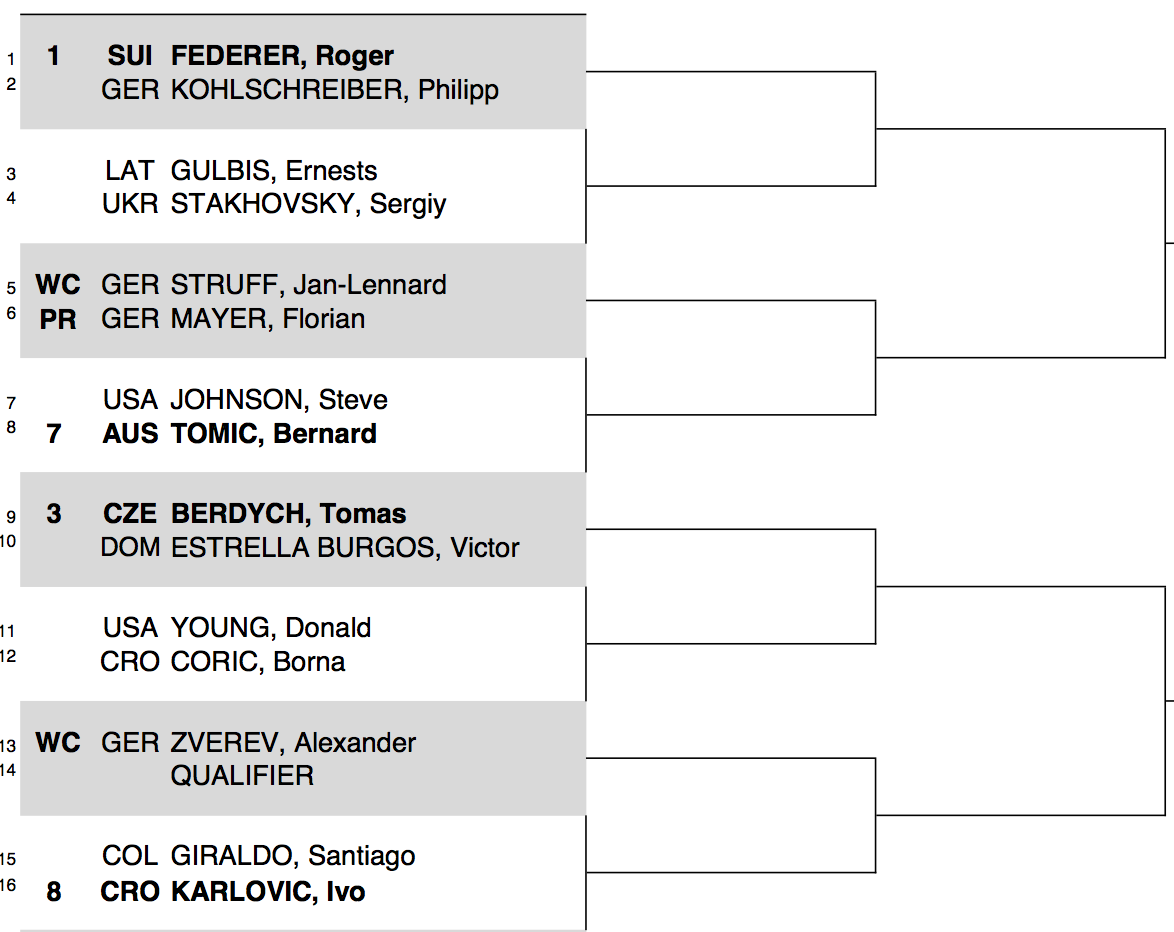 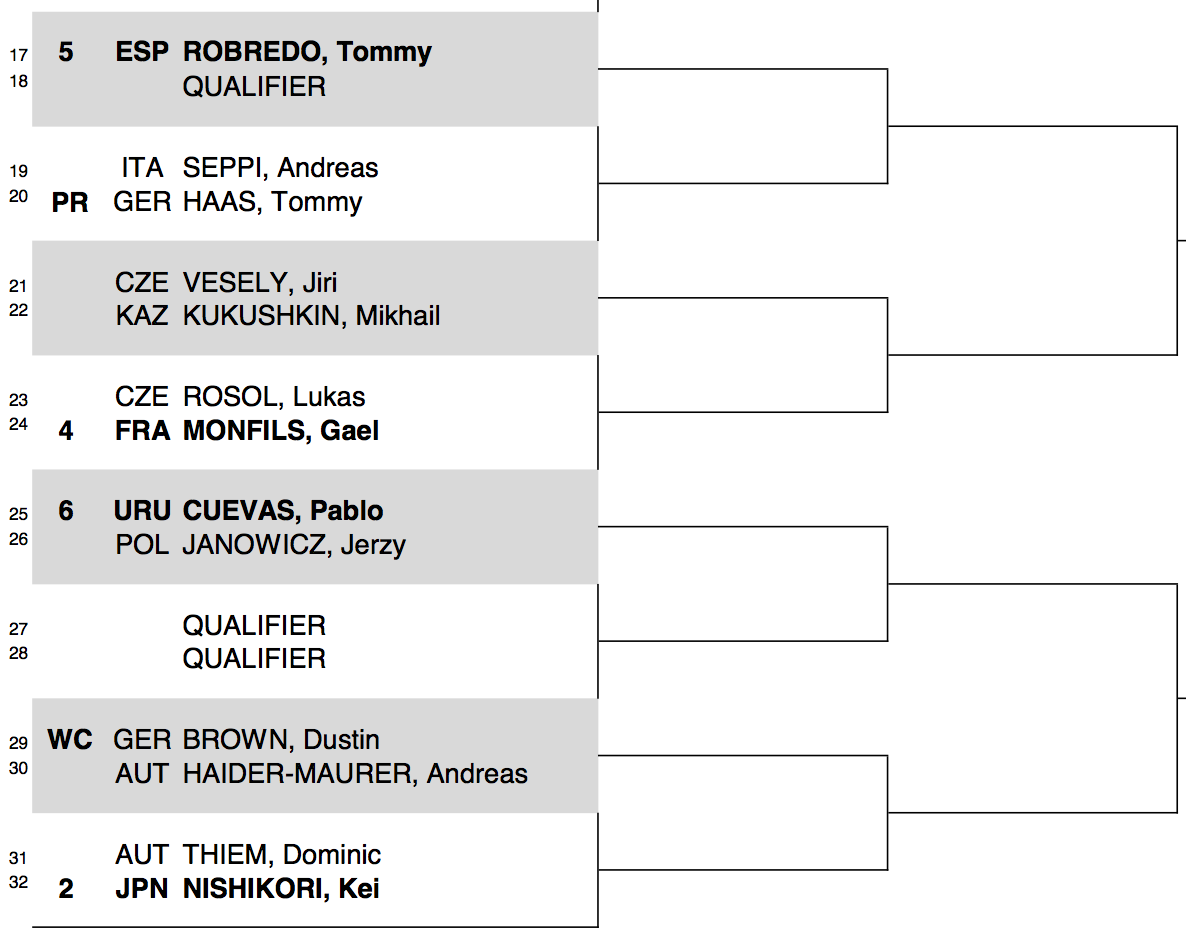