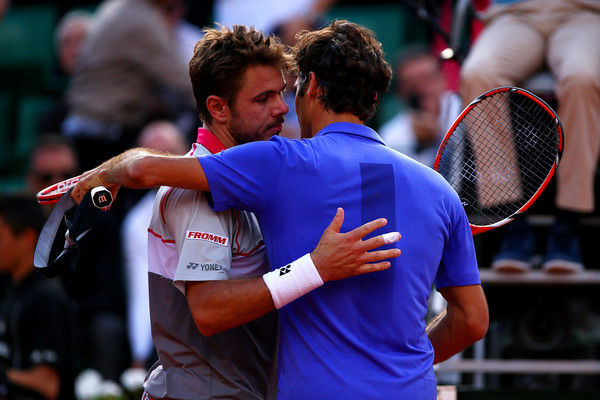 Stanislas Wawrinka scored his first win over fellow Swiss Roger Federer in a grand slam Tuesday in Paris, putting on an impressive display in windy conditions. Stan the man started strong, dictating play with his forehand, keeping the Swiss maestro on the defensive throughout the match. Already possessing perhaps the best backhand in the game today, Wawrinka fended off Federer’s challenges in the first set and near the end in a third set tiebreak.

From down 2-3 in the second set, the 2014 Australian Open champion ran away with the set, winning four straight games and essentially sealing his place in the semifinals at Roland Garros. With a 6-4 6-3 7-6 (4) victory, it marks Wawrinka’s first win against Federer in a grand slam (Federer leads 4-1) and earns him his third victory in their head-to-head (Federer leads 16-3). 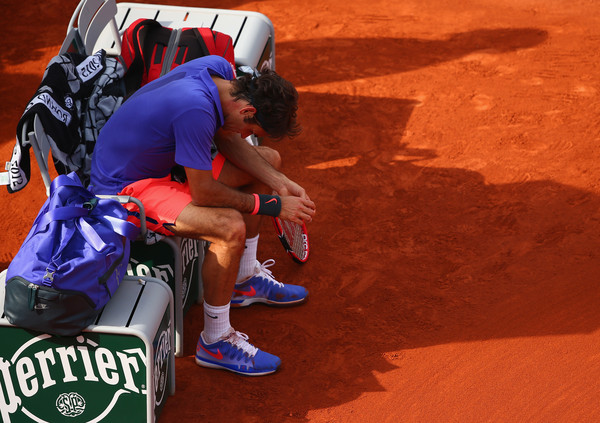 Wawrinka will face Jo-Wilfried Tsonga in Friday’s semifinals, as Novak Djokovic takes on Andy Murray in the other semifinal. The Serb soundly defeated Rafael Nadal 7-5 6-3 6-1, handing the Spaniard just his second loss ever at the French Open.

For Federer, the 17-time grand slam champion leaves Paris disappointed, but will move onto the grass court season. With a marginal gain in points, he extends his lead at world #2 and will play next at the Gerry Weber Open in Halle.