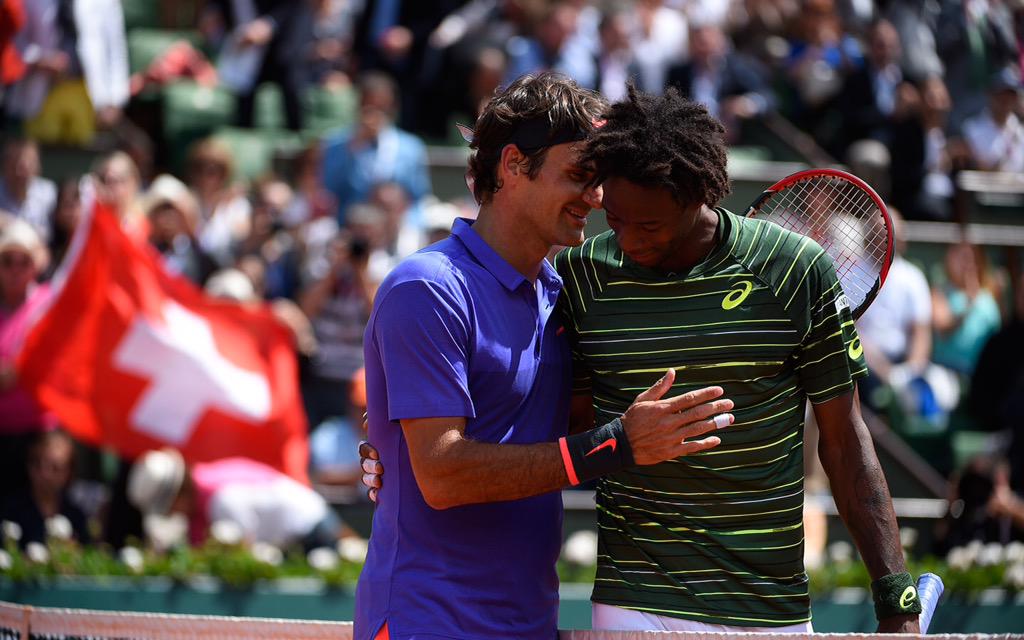 After splitting sets in a competitive Sunday evening fourth round encounter, Roger Federer made quick work of Gael Monfils Monday afternoon. The Swiss maestro seemingly squandered the second set while serving at 4-5, as the flashy Frenchman found a way to end the day’s play on even terms. When they returned to Court Philippe Chatrier the next day, it was all Federer. Taking the break at 4-2, the 2009 Roland Garros champion followed his serve to take the pivotal third set, cruising thereafter to the finish line.

Winning 74% of point on his first serve was crucial for Federer, who varied his shot selection by coming to net often, winning 25 of 39 points. The 33-year-old Swiss needed just 63 minutes Monday to wrap up a 6-3 4-6 6-4 6-1 victory over Monfils, advancing into the French Open quarterfinals, where he will face fellow Swiss Stan Wawrinka. 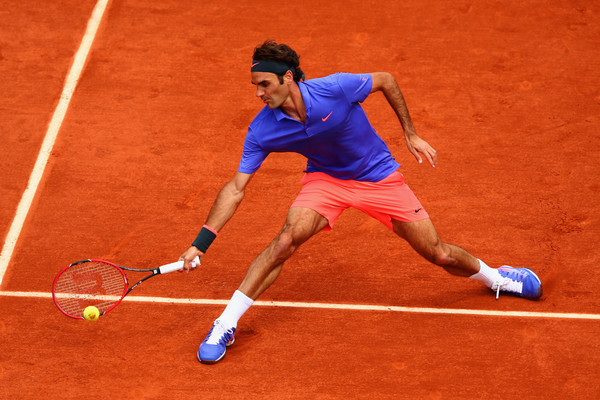 Federer is 9-4 against Monfils overall head-to-head, of which they have met four times at Roland Garros, all in favor of the Swiss. Afterward, the Swiss reflected on the match and his strategy going into Monday. “I wanted to get off to a good start, because you never know how he will be playing,” said Federer. “So I felt good. I was calm yesterday. I was calm this morning. So we (Stefan Edberg and I) adopted the right game plan and the right tactical approach. I’m very happy.”