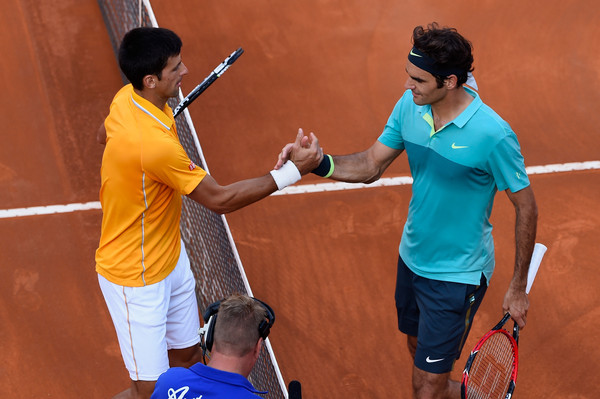 Novak Djokovic defeated Roger Federer 6-4 6-3 Sunday to lift his fourth Rome Masters title, claiming his fifth title of the season. After managing to hold at 4-all in the first set, the Serb broke in the final game, then once more to start the second set. The one break lead was enough to keep the Swiss maestro at a distance for the remainder of the match. Djokovic relied on persistently attacking Federer’s backhand, keeping his groundstrokes away from the Swiss star’s forehand as much as possible. By keeping his shots well placed, he prevented the 17-time grand slam champion from taking the offensive.

Djokovic’s fourth ATP World Tour Masters 1000 title marks his 22 match win streak, with his last loss coming to Federer in the Dubai Final. The Serb’s win narrow’s down Federer’s lead in their head-to-head record to 20-19. 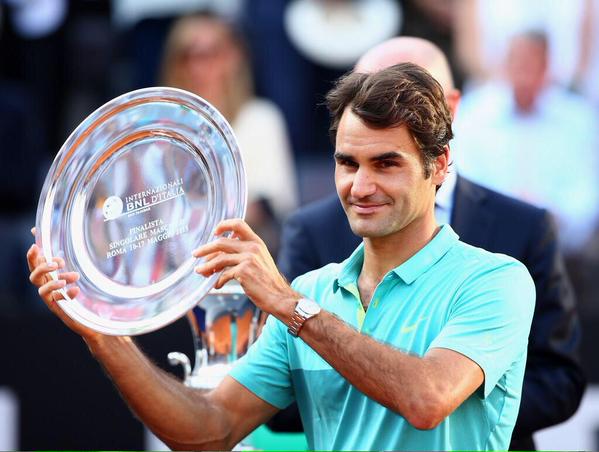 Afterward, the Swiss reflected on the match. “I know I can play better,” said Federer. “Novak was rock solid today, he played great throughout. He made very few unforced errors. I’m happy, feeling good and healthy.”

Federer gains 600 points to firmly plant his #2 ranking for the season’s second grand slam, Roland Garros, which begins Sunday, May 24. 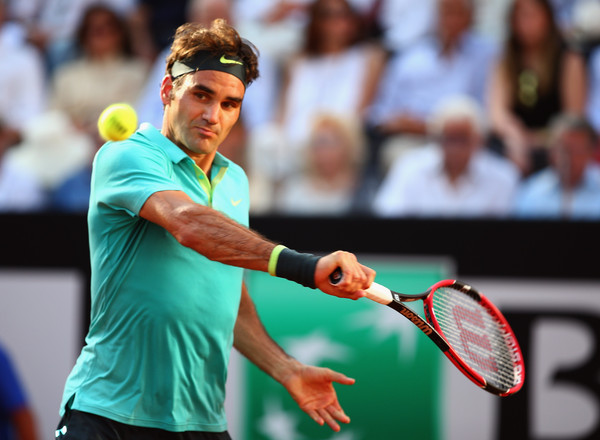