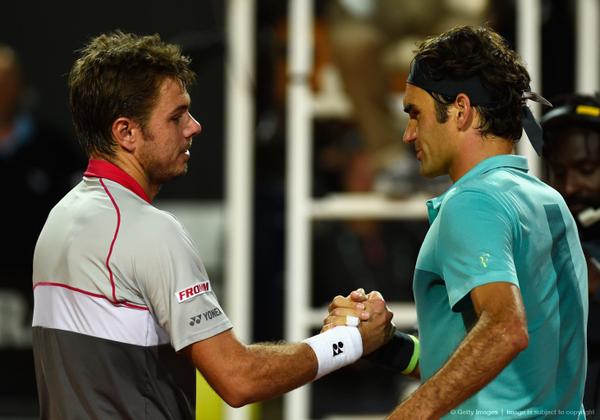 Roger Federer was slow to get on the scoreboard Saturday night against fellow Swiss Stan Wawrinka, but once he did, he sprinted. The Swiss maestro withstood Stan the man’s early onslaught, which carried over from his impressive win over Rafael Nadal in Friday’s quarterfinals. Down 0-3 in the first set, Federer rallied, winning six of the next seven games to step halfway into Sunday’s final.

Court Centrale was treated to a Federer special in fifth game of the second set, as the 33-year-old Swiss fired a series of winners to take a double break lead. In under an hour, he comfortably served out the match, 6-4 6-2 to reach his fourth Rome Masters final. Federer will meet Djokovic for the 39th time on Sunday. The 17-time grand slam champion has won four of the past seven matches against his younger foe, and leads their head-to-head rivalry 20-18. Meanwhile, Djokovic is looking to claim his fourth ATP World Tour Masters 1000 title of 2015. 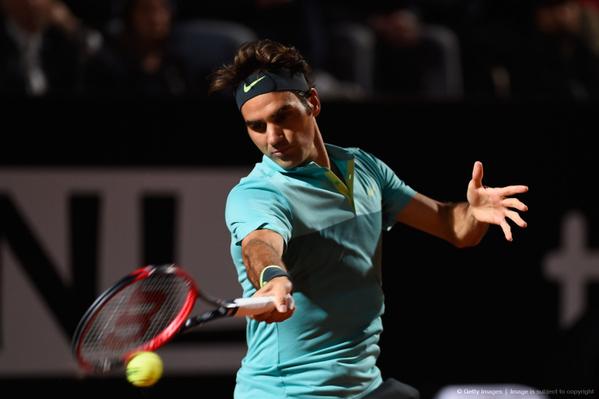 After the match, Federer reflected on the match. “Stan played well in the first set,” said Federer. “In the second set he had a sort of breakdown. He wasn’t serving his best. I was definitely able to take advantage of it. He’s got a good opportunity next week (in Geneva). He’s in the right direction and obviously the win against Rafa was massive for him and his confidence. His game is there. I was very happy how I played. I was able to impose my game. I had a sort of breakdown too but I’ll try not to let it happen tomorrow.”

“I feel like I have a chance to play well for sure,” added Federer. “Novak is not Rafa on clay, so it’s a different situation. I’ve done fairly well in the past against him. We played here twice before and I lost both times so it’s up to me to put in a good performance.” 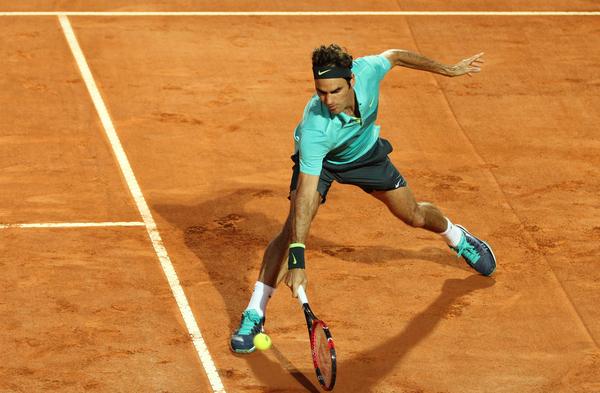