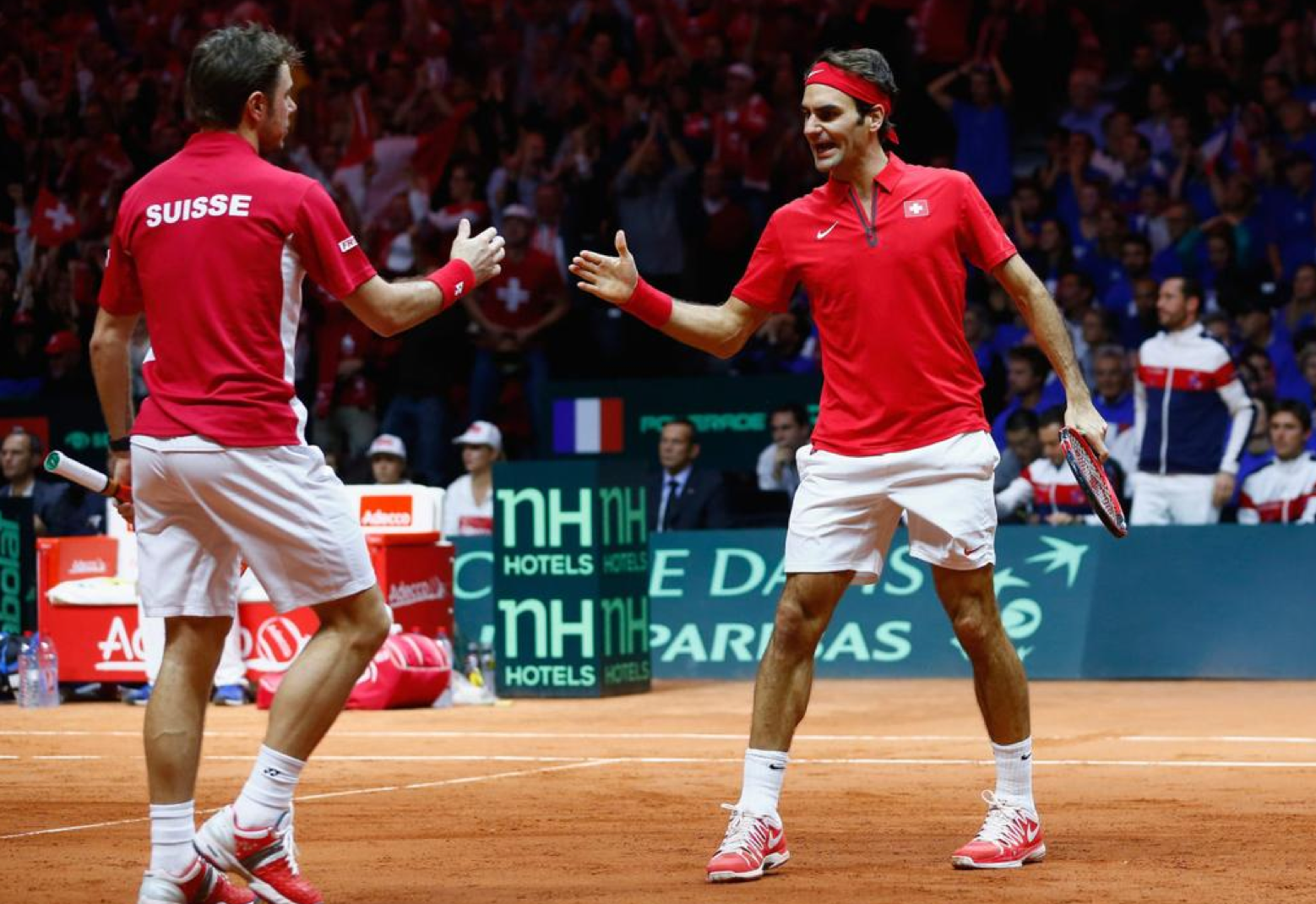 For many, it was never in doubt that Roger Federer and Stan Wawrinka would step in for playing Saturday’s doubles with everything at stake in the 2014 Davis Cup Final against France. However the Swiss maestro’s back looked fragile early, while never really picking up a rhythm against Monfils Friday afternoon. On a back issue which heavily reduced his training coming from indoor hard court at last week’s London World Tour Finals, the final call made. Captain Severin Luthi backed the 17-time grand slam champion’s decision to play, and along with the support of a fired up Wawrinka, the 2008 Olympic gold medalists snapped their four match losing streak in Davis Cup.

In preparation for the final against France, Captain Luthi consulted with David MacPherson (coach of the Bryan brothers), for doubles strategies. It sure paid off with very notable tactics on display Saturday. Notching their first win on clay, the Swiss duo defeated Julien Benneteau and Richard Gasquet in straight sets, 6-3 7-5 6-4. 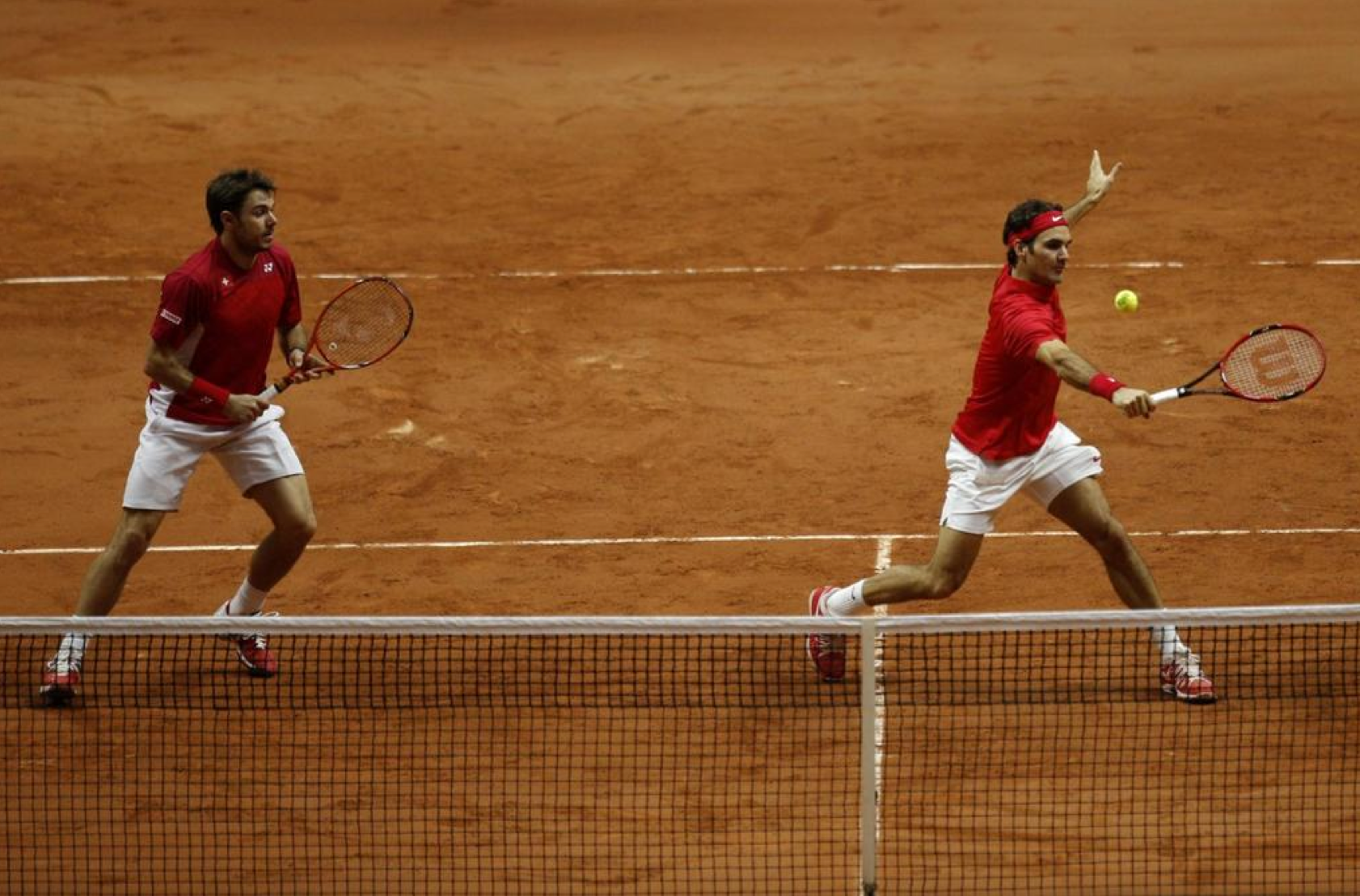 The crucial win puts Switzerland up 2-1 over France. The Swiss are one win away from their first Davis Cup title. Roger Federer will take on Jo-Wilfried Tsonga first in Sunday’s reverse singles. If needed, Stan Wawrinka will face Gael Monfils in the fifth and final match. 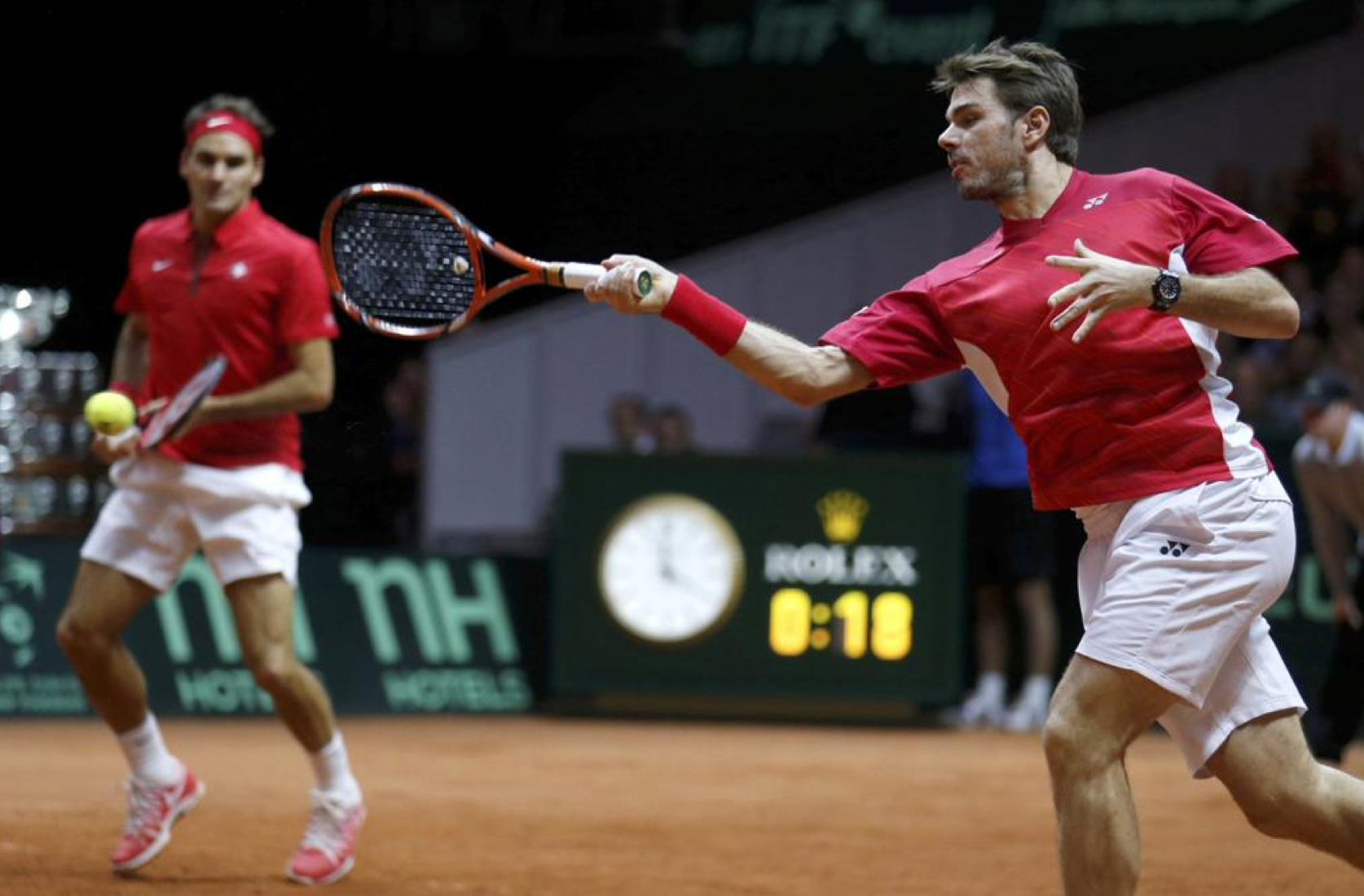 Shot of the day.