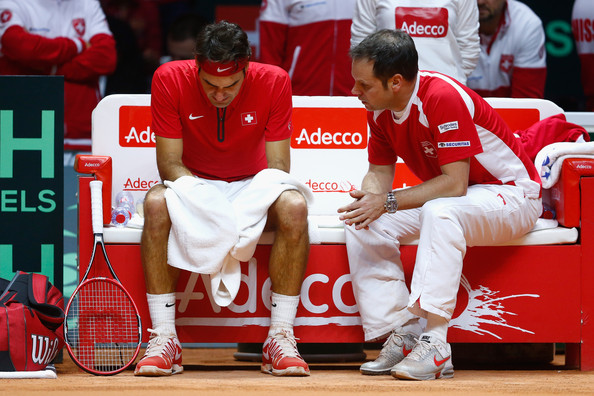 Stan the man surged. Roger Federer’s back sunk. After the first day’s singles matches, Switzerland and France are tied in the 2014 Davis Cup Final. Wawrinka soared at the start, taking the opening set 6-1 against Jo-Wilfried Tsonga. Despite the Frenchman leveling the match, the 2014 Australian Open champion elevated his game and took the record crowd of 27,432 at Lille almost entirely out of the match. With large patches of red, the Swiss fans in attendance were loud and vocal.

Wawrinka gave Switzerland a 1-0 lead with a 6-1 3-6 6-3 6-2 victory over Tsonga. Next up was a rematch of this year’s US Open quarterfinals, where Federer saved two match points and defeated Monfils in five sets. A repeat of the outcome wouldn’t happen, as the Swiss maestro’s back looked fragile early and the Frenchman was in full flight. 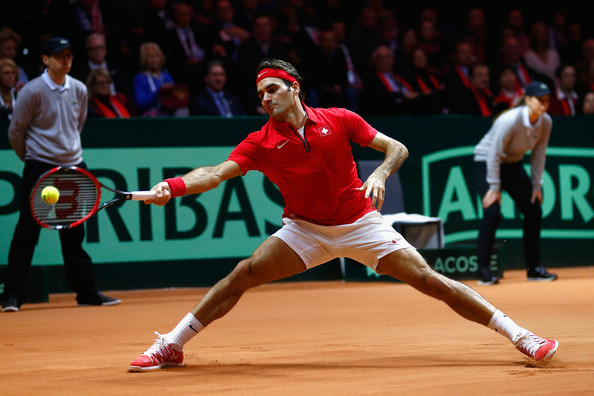 Monfils faced only two break points, never dropped serve, and cruised to a straight sets victory, 6-1 6-4 6-3. Federer found some rhythm later into the match, but was often struggling with his movement, bending and stretching. After the match, he refused to use his back injury from just days prior as an excuse. Instead, the 33-year-old Swiss stated he is available for Saturday’s doubles and is prepared to play all three days if needed.

Marco Chiudinelli and Michael Lammer were originally chosen to play doubles against Richard Gasquet and Julien Benneteau, but both teams have until one hour prior to the match to switch their lineup. 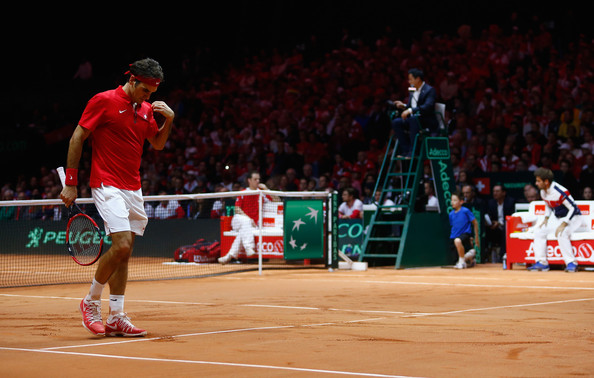