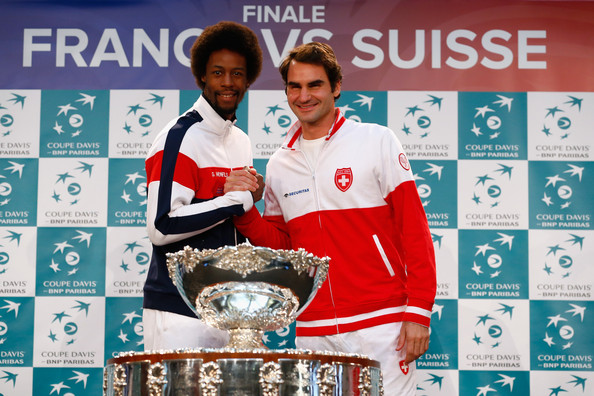 The stage is set. Despite his back problem just days ago, Roger Federer will play. The 2014 Davis Cup Final. Switzerland vs France, held in Lille, on an indoor clay court. The draw for the order of play was selected this morning, with Stan Wawrinka taking on Jo-Wilfried Tsonga in the first match, while Roger Federer faces Gael Monfils in the second match. Saturday’s doubles puts Marco Chiudinelli and Michael Lammer for the Swiss against Richard Gasquet and Julien Benneteau for the French.

France leads the head-to-head 10-2 all-time, while Switzerland has never won a Davis Cup title. Hoisting the trophy this weekend would be a first and historic moment for the Swiss. 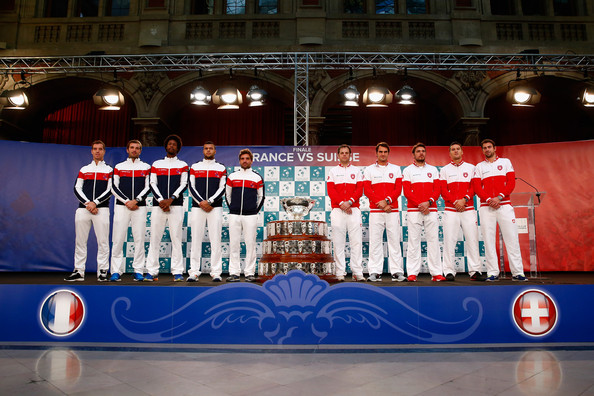 Roger Federer ahead of the Davis Cup Final.

Stan Wawrinka ahead of the Davis Cup Final.