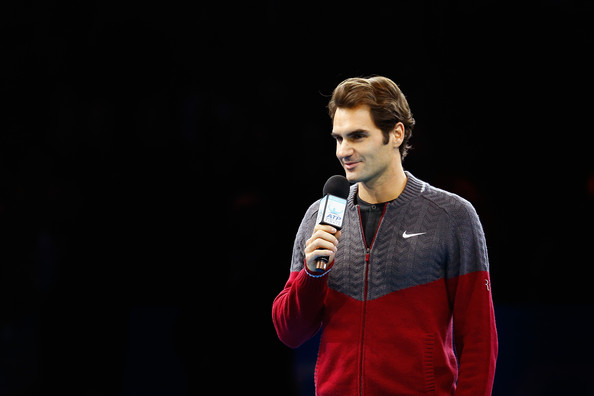 For only the third time in 1,221 career matches, Roger Federer withdrew from a match. This one, was the title match of the 2014 ATP World Tour Finals. The Swiss maestro made the announcement via his his Facebook page about thirty minutes prior to the start of the match, citing hurting his back, which he injured late in Saturday night’s semifinal against Stan Wawrinka, which lasted nearly three hours. His only two previous withdrawal’s have also been due to his back, in 2008 at the Paris Masters, and in 2012 in Doha. Federer has never retired or withdrawn during a match in his career. 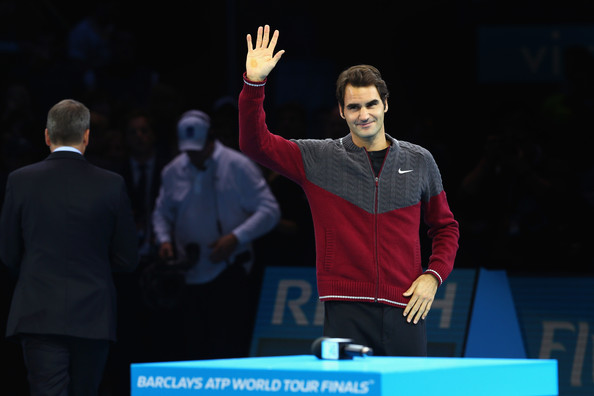 Amidst many rumors and unconfirmed truths, various reports and hearsay let out that Federer appeared stiff during practice a day before the match. With his press duties happening after 1am into Sunday morning, the already short turnaround would be difficult for the 6-time champion to recover. The Swiss Davis Cup doctor flew out to London Sunday morning, and after it was concluded there was not much he could do, Federer went to inform Novak Djokovic in the locker room, before coming out on court in his track suit to personally let the fans know of his withdrawal.

The entire O2 Arena was hushed in silence at the announcement by Federer, who said a few words regarding his back issue, thanked the fans, and then signed autographs for several minutes before exiting. He did not hold a press conference afterward (only a short ATP World Tour interview). Although he will fly to France on Monday to continue treatment on his back, Federer has not yet confirmed playing or withdrawing from next weekend’s Davis Cup final against France.

Federer finishes the season with 5 titles and a 72-11 record. The 33-year-old Swiss is the oldest player in history to end the year at world #2.