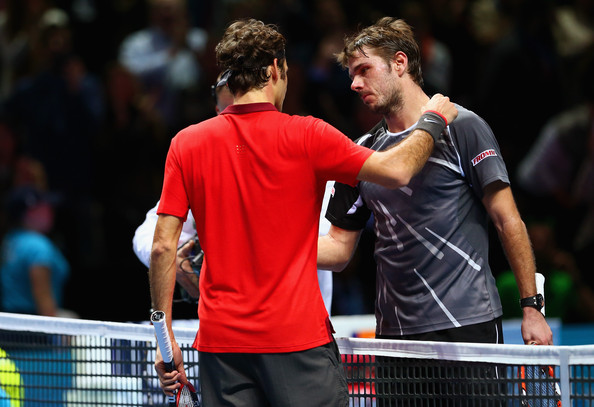 Two in the quarterfinals of the US Open. Five in the second round in Shanghai. Four more Saturday night at the London World Tour Finals. In an all-Swiss semifinal duel, Roger Federer edged out his good friend and Davis Cup teammate Stan Wawrinka by the narrowest of margins. The 6-time champion had to come from behind, save four match points, and in the end, put out one drop volley winner to defeat Stan the man, 4-6 7-5 7-6 (6). The 2 hour 48 minute battle was intense throughout, and the sold out crowd of the O2 Arena was in a frenzy. 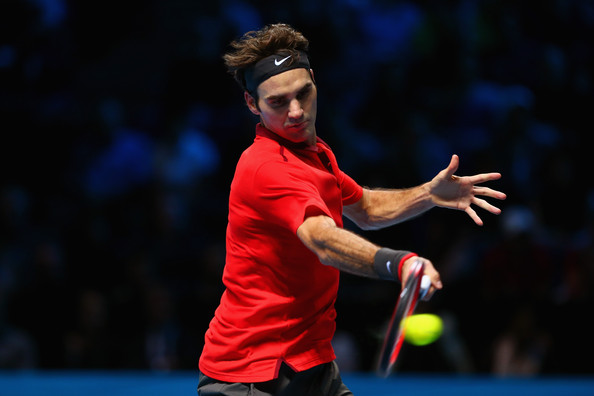 Wawrinka broke quickly in the opening set, maintaining his one break lead to march halfway to Sunday’s final. His previous best showing was a year ago, losing to Novak Djokovic in the same semifinal round. For much of the first two sets, it wasn’t looking like Federer would break serve, but in the final game of the second set, he strung together a good series of points, breaking Wawrinka at love. Momentum had not quite swung yet however, as the Australian Open champion broke in Federer’s opening service game. The intensity was spiking, and the most dramatic portion yet to come.

At 5-4, with Wawrinka serving for the match, Federer saved his first match point with a forehand winner down the line. The crowd roared as the 17-time grand slam champion managed to break with his back against the wall, but Wawrinka was not done yet. Pressure mounted on Federer serving at love 30, then 15-40, where he saved two more match points, and with a unreturned serve, a fourth one. Despite gaining the mini-break lead in the final set tiebreak, Wawrinka clawed his way to even things, until Federer’s drop volley winner on his first chance sealed the match. 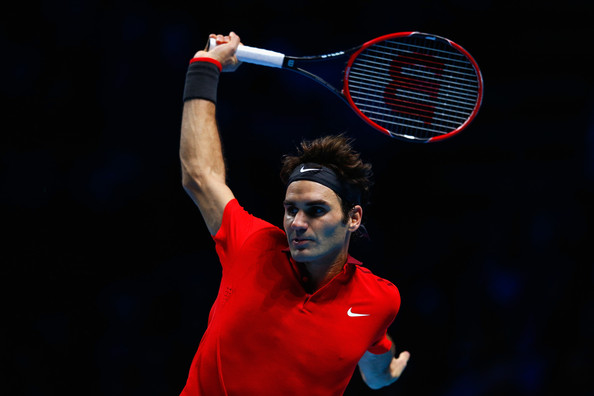 Federer will face Djokovic in Sunday’s final, 6pm London/1pm ET/10am PT. The Swiss maestro owns a record six titles at the World Tour Finals and will look to add a seventh one against the Serb.