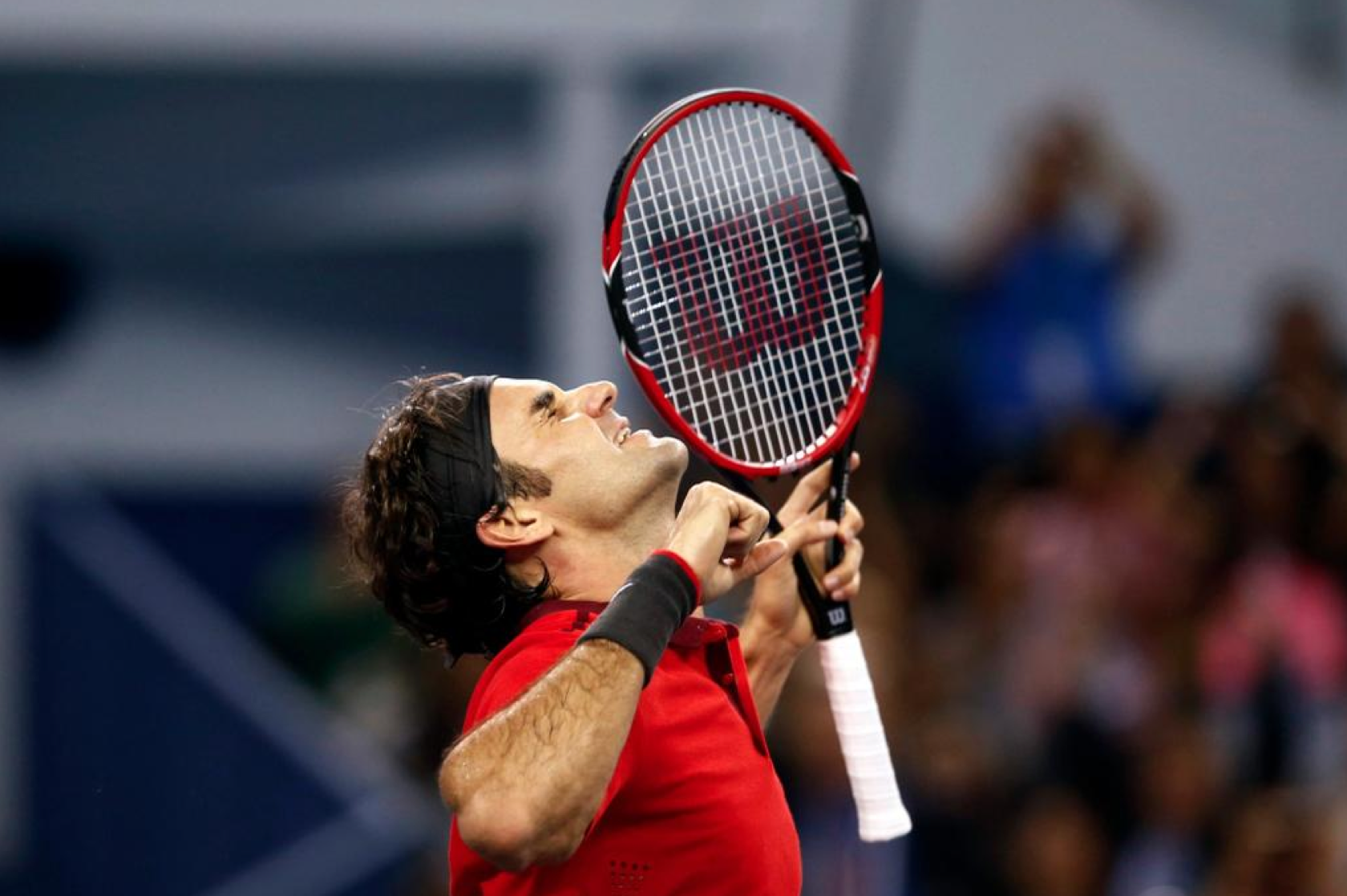 Roger Federer could have been out in the second round. Instead he went much further. He saved five match points against Leonardo Mayer, and kept moving forward, defeating Novak Djokovic in a high quality semifinal showdown Saturday night in Shanghai. The Swiss maestro was immediately broken against Gilles Simon, but managed to break back as the Frenchman served for the opening set 5-4. Leading into a tiebreak, Federer saved a set point and fired a backhand down the line to inch closer to his first title in Shanghai as an ATP Masters 1000 tournament. He had previously won twice (2005, 2007) in Qi Zhong stadium when it was the year ending Tennis Masters Cup (World Tour Finals).

Play in the second set stayed on course into another tiebreak, but with the 17-time grand slam champion needing to save a crucial break point and set point at 5-6. Federer took off from there, easing his way to claim his 23rd ATP Masters 1000 title, defeating Simon 7-6 (6) 7-6 (2). He has now won 7 of 9 masters 1000 tournaments, and has the most wins on tour this season. Federer passes Nadal and moves up to world #2 on Monday, while further narrowing the gap in the race for world #1 heading to the London World Tour Finals.

Sunday’s title is the fourth in 2014 (career title #81) for the Swiss, and the fifth masters 1000 final he has reached (most since 2007). The remainder of Roger Federer’s schedule includes next week’s Swiss Indoors in Basel, followed by the Paris Masters and London World Tour Finals.