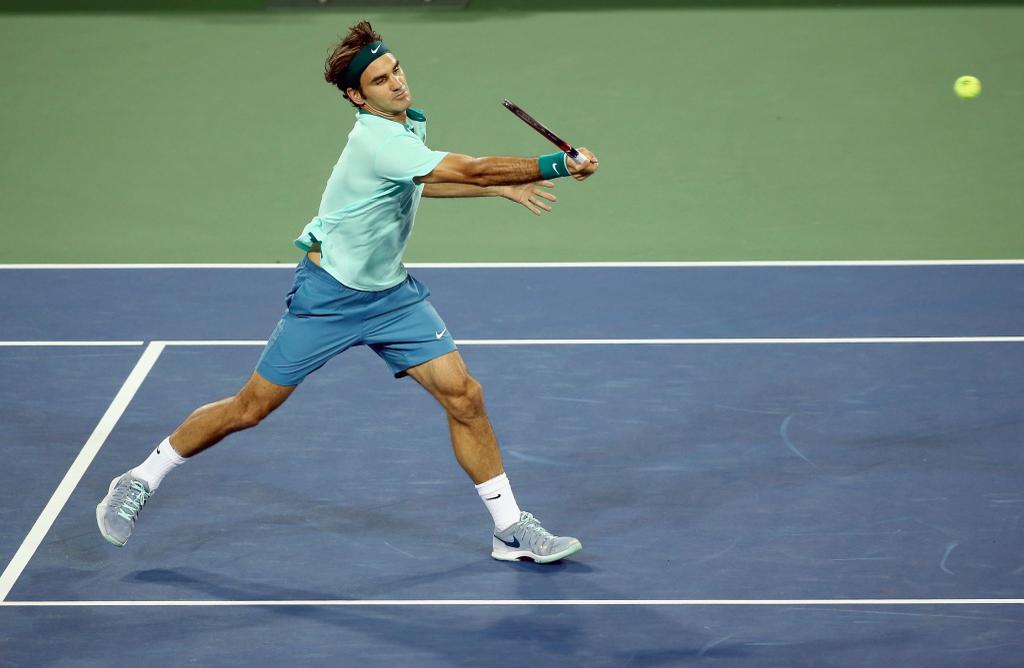 Super late start. Super quick match. As has been the case a few times over his career, Roger Federer made quick work of his opponent after stepping on court to a late schedule. The Swiss maestro took on Milos Raonic in a match starting past 10pm Saturday night at the Western & Southern Open in Cincinnati, but needed just over an hour to wrap it up.

The 5-time champion raced out to a 4-1 lead early, and wrapped up the first set 6-2, hitting 10 winners to just one unforced error, without losing a single point on his serve. Continuing with his fine form displayed against Andy Murray in the quarterfinals, Federer broke midway in the second set, and cruised toward a 6-2 6-3 victory over the Canadian.

The Cincinatti masters final is set. Roger Federer vs David Ferrer, 4pm EDT/1pm PDT Sunday. Having beaten just one top 10 player heading into the US Open last year, the 33-year-old Swiss has already defeated 11 this season, attempting to make it 12 tomorrow, as well as lift his 6th title at the Western & Southern Open. It’s an eighth final for Federer, and fourth final in as many tournaments; quite a notable achievement at this stage of his career.