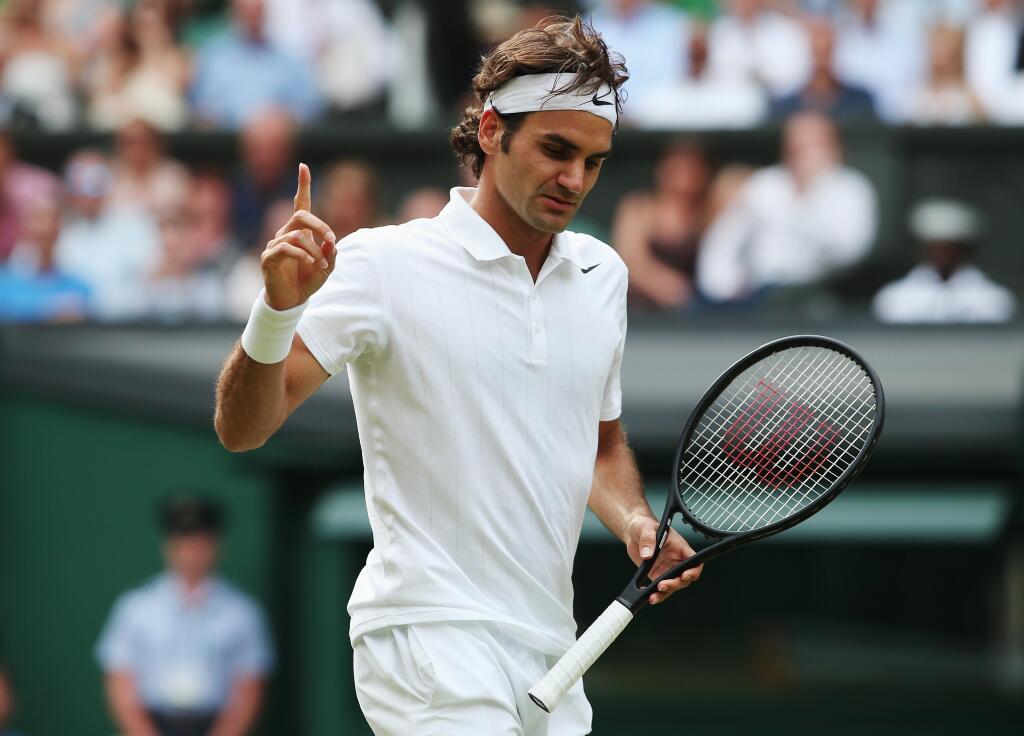 Despite reaching ever so close to his 18th grand slam, Roger Federer and fellow Wilson sponsored players have much to be proud of, in their collective efforts and preparations for Wimbledon. The tournament was a strong display for Wilson and the respective games of its players as well.

Full press release (sent from Wilson to FedererFan07.com) below.

(CHICAGO – July 6th, 2014) – Petra Kvitova joined the Multiple Grand Slam Singles Title Club and the Multiple Wimbledon Singles Title Club by winning the 2014 Wimbledon Singles Title. She won the Title at the All England Club in 2011 as well. Her 12th WTA Singles Title was one of the most dominant in the history of the tournament. Although she was two points from losing in the 3rd round to Venus Williams, Petra did not lose any other sets and held three of her opponents to three games or less in a match. She also had three sets where she didn’t lose a game, including in the final. She will move into the top five on the WTA tour rankings when they are published on Monday.

“Petra’s extended family at Wilson congratulates her on an exemplary performance and a stunning two weeks at Wimbledon,” said Mike Dowse, President of Wilson Sporting Goods Co. “To hold an opponent to just three games in the final of a Grand Slam is testament to what an incredible talent this woman has become. We at Wilson are proud to be there for her from an equipment perspective to help her achieve these types of milestones.”

Roger Federer’s performance was equally impressive as he was 18 and 1 in sets en route to the final. The final match was of epic proportions, with momentum shifts and intense back-and-forth play throughout the five-set match before Federer was finally defeated, 7-6 (9-7), 4-6, 6-7 (7-4), 7-5, 4-6. This marked his 25th Grand Slam Final, which is a record. He also set records for semi-finals, quarter-finals and numerous others. Roger was using the new Pro Staff RF97 Autograph, which he helped design with Wilson over the last year and that will be available to consumers in October.

Grigor Dimitrov, Milos Raonic, Simona Halep and Lucie Safarova had incredible runs at Wimbledon as well, by all reaching the semi-finals. This means that three of the four players on both the men and women’s draw were using Wilson rackets. Of note, since switching to his Spin Effect Pro Staff at the beginning of the year, Grigor Dimitrov has won three ATP Singles Titles on three different surfaces and has now gotten to the quarters and semi-finals of the Australian Open and Wimbledon respectively. While pro tennis players are notorious about never changing their rackets, Grigor Dimitrov and Roger Federer are proving with wins…that technology matters!

ABOUT WILSON:
Chicago-based Wilson Sporting Goods Co., a division of Amer Sports, is the world’s leading manufacturer of sports equipment, apparel and accessories. Through its dedication to creating products that enable athletes at every level to perform at their best, Wilson has earned its place as a leader in sporting goods for over a century.