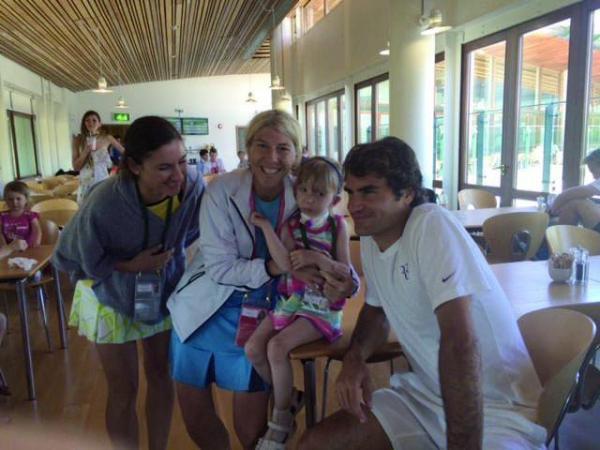 Sometime in the middle of his preparation for Sunday’s final, Roger Federer spent his time with Ava Mear, a five-year-old girl who is disabled with a brain injury. The little one received VIP treatment at the All England Club, met the 32-year-old Swiss, had lunch in the players’ dining room, and got to play some tennis on the courts too. The 7-time Wimbledon champion was gracious and in no rush while meeting the VIP guest.

Mear is receiving rehabilitative treatment for a brain injury at The Children’s Trust, in Tadworth Court.

Roger Federer and his wife Mirka themselves have twin girls, Myla Rose and Charlene Riva, who turn five this month (July 23). They are also parents to newborn twin boys, Leo and Lenny.