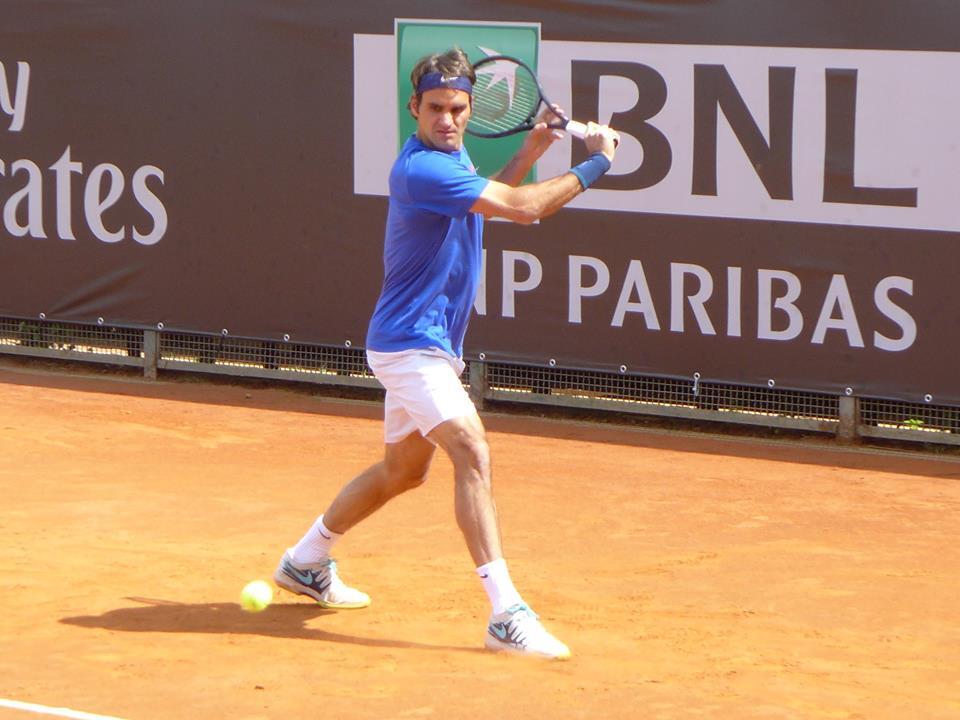 Hours after Roger Federer withdrew from the Mutua Madrid Open on May 6, his wife gave birth to twin boys, Leo and Lenny. The Swiss maestro later announced he would definitely return for Roland Garros, but would make a last-minute decision regarding Rome. He arrived in the Italian capital on Monday.

“It’s hard to leave all the family, but I’ll see them soon,” Federer told media at the Foro Italico on Tuesday. “Things are going well. The boys are healthy and Mirka is good too. It’s a great time in our lives.”

“It happened all of sudden on Thursday,” Federer explained about the decision. “I spoke to the team, I spoke to Mirka, asked all of them what they thought I should do and they said too quickly that I should come here and play. So ‘ok, if you don’t want me around, I’ll go away!’” joked the Swiss.

“I’ve been able to train very hard actually,” said Federer, who has been on the practice court with rising Australian star Nick Kyrgios. “After Monaco I took some time off and trained really hard in Switzerland. In terms of tennis, I expect a lot from myself. I’ve come here with less pressure, enjoying it, and hoping to stay in the tournament rhythm. I’ve had a good start to the season and I just want to keep the momentum on my side.”

Roger Federer faces Jeremy Chardy in the second round on Wednesday.

Watch full coverage of the 2014 Rome masters on FF07tv.