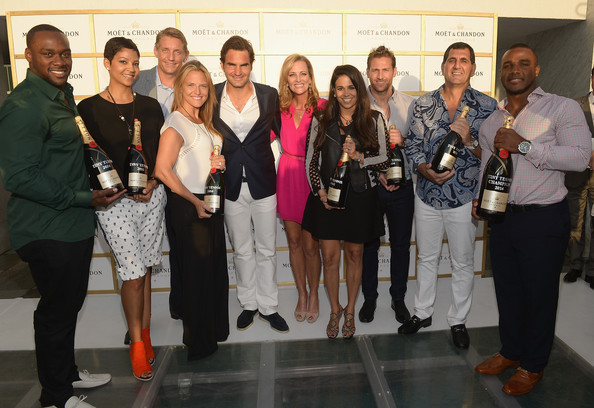 Party with Roger Federer in Miami

With the 2014 Sony Open draw released earlier this week, Roger Federer hit the practice courts in Miami, joined by Stefan Edberg. The “Fedberg” team hit together on Tuesday, while the Swiss maestro had practice sessions with Kei Nishikori and Milos Raonic on Wednesday and Thursday. He is scheduled to play his second round match against Ivo Karlovic at 1pm on Friday.

Prior to kicking off his campaign in Miami, Federer took part in an event for his sponsor, Moet & Chandon. An exclusive rooftop party was held at the Viceroy Hotel & Spa, with a little mini-tennis mixed in as well.

Party with Roger Federer in Miami 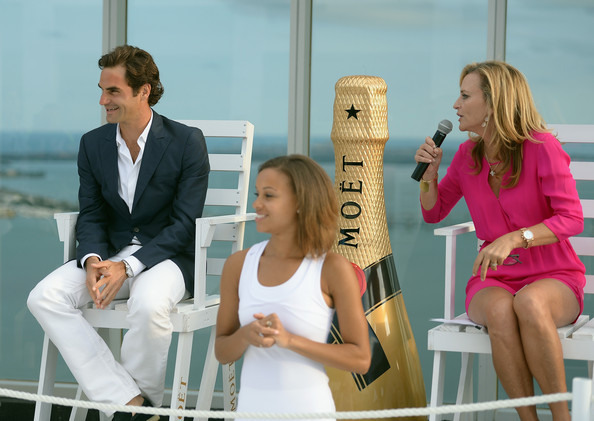 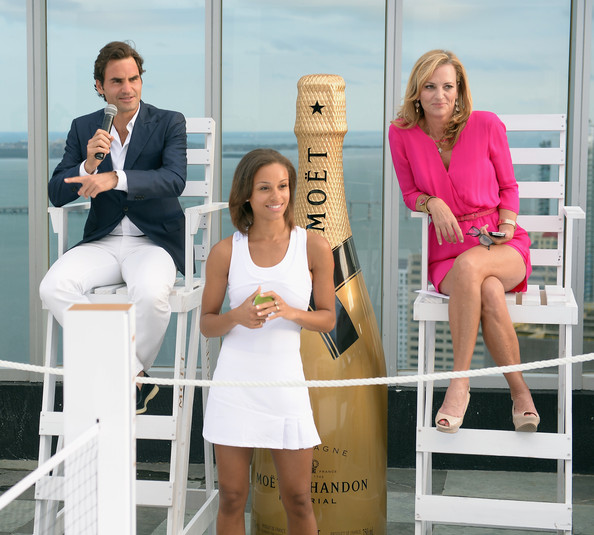