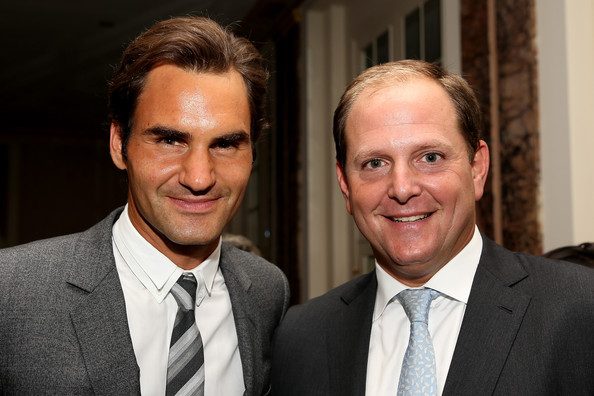 Breaking news late Tuesday night into the early hours of Wednesday comes the confirmation of quietly anticipated news. Roger Federer and long time agent Tony Godsick, both who left IMG in 2012, have started their own agency to represent athletes. Christopher Clarey of the New York Times broke the official word, writing that the Swiss maestro joined Godsick and two American investors to form an agency, Team 8 Global (new website: team8global.com, @Team8Global on Twitter).

The company is based in Cleveland, and Godsick will head the newly formed agency. He will represent the interests of Federer, 32 year old Swiss star, who is one of the world’s highest-earning and most popular athletes. He’s not the only one though. Juan Martin Del Potro is also signed to Team8, who received much input from Federer when the two spent time together during their South American exhibition tour last year. 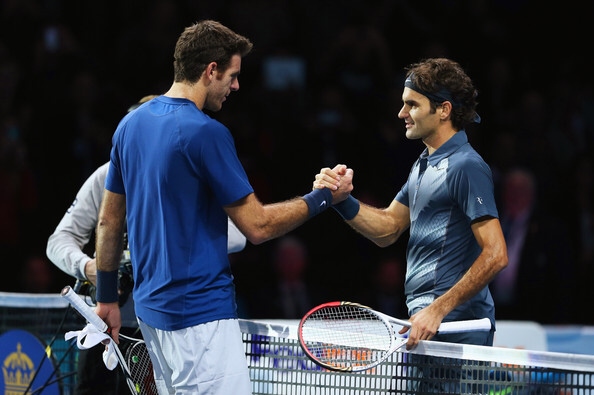 Also joining is rising star, Grigor Dimitrov. The young Bulgarian is viewed by experts to be a future grand slam champion. He confirmed in an email that he will join Team 8 Global, effective January 1, 2014. This immediately gives the new firm a strong grasp on the present and future of tennis. It marks a symbolic move for Dimitrov, who has on numerous occasions been compared to the Swiss maestro, for his fluid game, one-handed backhand and all court play.

Godsick declined to confirm Dimitrov’s signing, but made clear that the intent was not to create another big agency such as International Management Group (IMG). Godsick worked there for 20 years before making his joint departure with Federer last year. “We’re trying to be a boutique agency that will manage just a small stable of iconic athletes,” Godsick said in a telephone interview from the firm’s new offices in Pepper Pike, Ohio, in Cleveland’s eastern suburbs. “We’re really going to try to be selective here. Some of the other groups, they look to sign as many players as they can and hope a few of them stick and make it, and they really go after the juniors. We’re not going to.”

He further added that Team8 was also interested in acquiring or creating events and in representing athletes in sports other than tennis, as well as entertainers. He said that Federer, who is training hard and testing new rackets in Dubai after a difficult season in which he dropped to No. 7 in the rankings, would be a client and not an active partner for now. But Godsick said the agency had been created in part to give Federer a platform when he retires.

“I can sell Roger Federer really well, but nobody sells Roger better than Roger,” Godsick said. “I always joke with him, ‘Look, you’ve been really successful on the tennis court, but I promise you, you’ll be more successful when you’re done playing tennis.’ ”

Also, retired Brazilian tennis player Andre Silva will be joining Roger Federer’s new management agency Team 8, according to reports in the Brazilian media. Silva commented, “I’ll be in charge of the division of tennis athletes, to get new players, seek and create events, selling sponsorships for events. It is a company that is starting, Godsick that has enough experience, is a great person who will continue to have very large impact on the sport, it’s an opportunity that I and my family are quite looking forward to.”