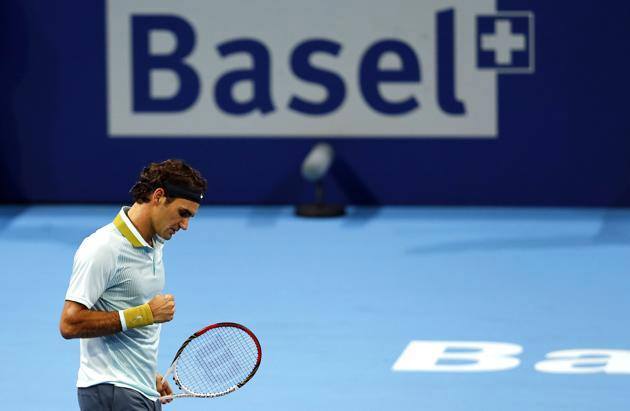 Federer Eases Past Mannarino in Basel

Five time Swiss Indoors champion Roger Federer eased his way into the second round Monday evening, as he defeated Adrian Mannarino 6-4 6-2, in 1 hour 11 minutes. The Swiss maestro hit three aces to two double faults, serving at just 51%, but winning 88% of points on his first serve. He was broken once and broke Mannarino four times, never challenged throughout the match.

Federer Eases Past Mannarino in Basel

Federer will face either Denis Istomin or Horacio Zeballos in the second round. The Swiss star is currently ranked #7, and #8 in the 2013 ATP Race for London. He is defending finalist points in Basel, and will have to go deep in next week’s Paris masters if he is to qualify for the World Tour Finals. Failing to qualify would mean a loss of 1000 points as last year’s finalist, further dropping him in the rankings for the start of 2014.