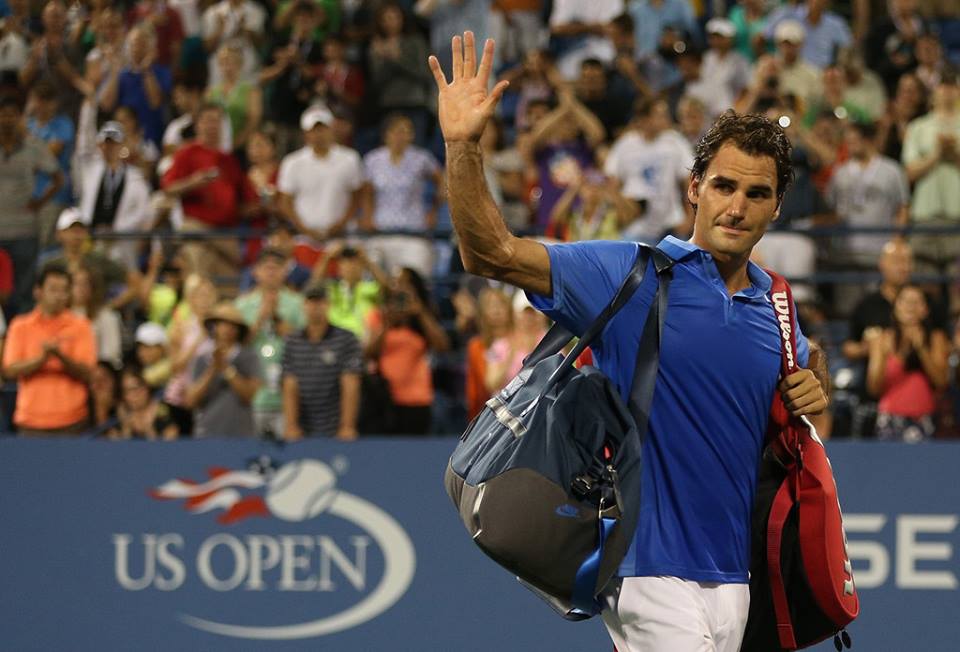 Federer “Self-Destructs” in US Open Loss

Delayed by more than four hours due to rain, Roger Federer’s fourth round match against Tommy Robredo on Labor Day Monday was moved to Louis Armstrong stadium. The Swiss maestro had previously played there seven years ago, facing Marc Gicquel in a night match. His last loss, was to Juan Carlos Ferrero, in his US Open debut, back in 2000. Something was beyond bizarre from the beginning to the end. It was Roger Federer himself. The 5-time US Open champion was less than a shadow of himself, displaying plenty of self-doubt and hesitancy. While he made absolutely no excuse afterward in his press conference regarding his back (“no issue”), he certainly appeared off the mark on every part of his game.

Previously 10-0 against Robredo, the Swiss was broken in the very first game. Although he broke back and stayed on serve into the tiebreak, it was highly questionable as to when or why Federer had not wrapped up the set yet. Down 4-3 in the tiebreak, Federer tentatively came to net after hitting a forehand toward the middle of the court into Robredo’s backhand. Not in the proper position, he missed a backhand volley. On the very next point, he chose to serve and volley on his second serve. His shot selection was farther off than his misses. While he made 43 errors for the match, very few came at net. His timing of closing in to volley was poor. Robredo closed out the set with an ace, one of six which all came at the right time, usually down the middle on the ad court with Federer guessing the opposite way.

At 3 all in the second set, the Swiss misfired forehands completely off the mark. Four straight errors and Robredo then served it out for a two sets to love lead. Early in the third set, Federer began to find some rhythm, but only for continued mishaps late in the set, leading to another easy break for the Spaniard. Himself, Federer was 2 of 16 on break points for the match. On his first match point, Robredo hit a strong serve down the middle again, and this time, Federer managed to get his racquet on it, but it wouldn’t make it into play. After an intense 2 hours 24 minutes in extreme humidity, Robredo completed the upset over Federer, 7-6 (3) 6-3 6-4.

Federer appeared very frustrated throughout and discouraged as he acknowledged the crowd upon exiting Louis Armstrong stadium. His schedule will remain unchanged, and his ranking will move up on spot to #6 next week. 2013 marks the worst season at grand slams for the Swiss, who did not reach a final for the first time since 2002.

Federer “Self-Destructs” in US Open Loss 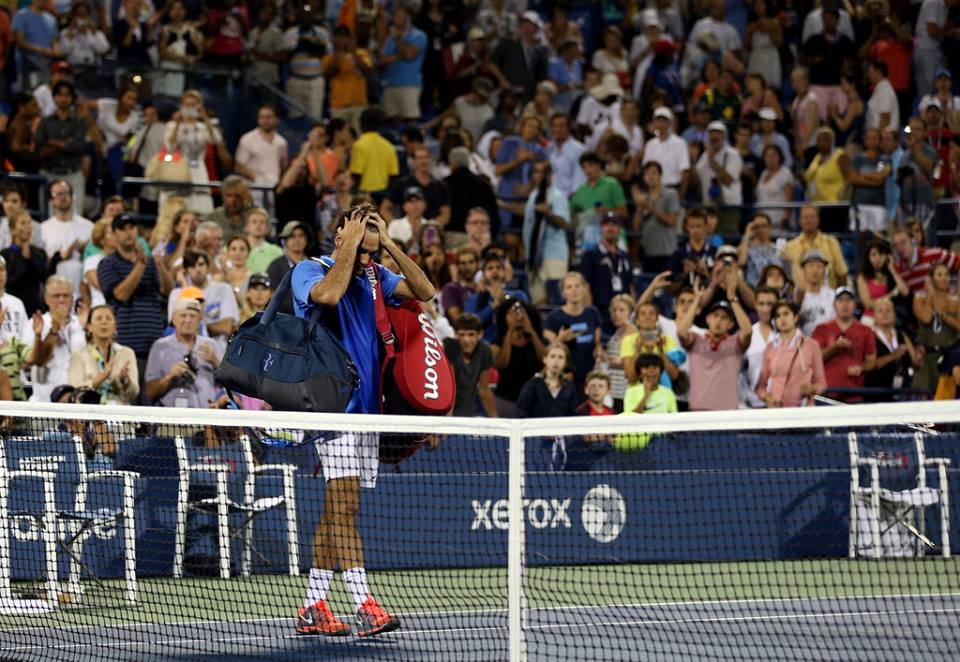 “I kind of feel like I beat myself, without taking any credit away from Tommy. Clearly he was making sure he was making many balls. It was up to me to make the difference and I couldn’t. I kind of self‑destructed, which is very disappointing, especially on a quicker court.”

“I’ve definitely got to go back to work and come back stronger, get rid of this loss now as quick as I can, forget about it, because that’s not how I want to play from here on. I want to play better. I know I can. I showed it the last few weeks, that there is that [higher] level. So today was pretty frustrating.”