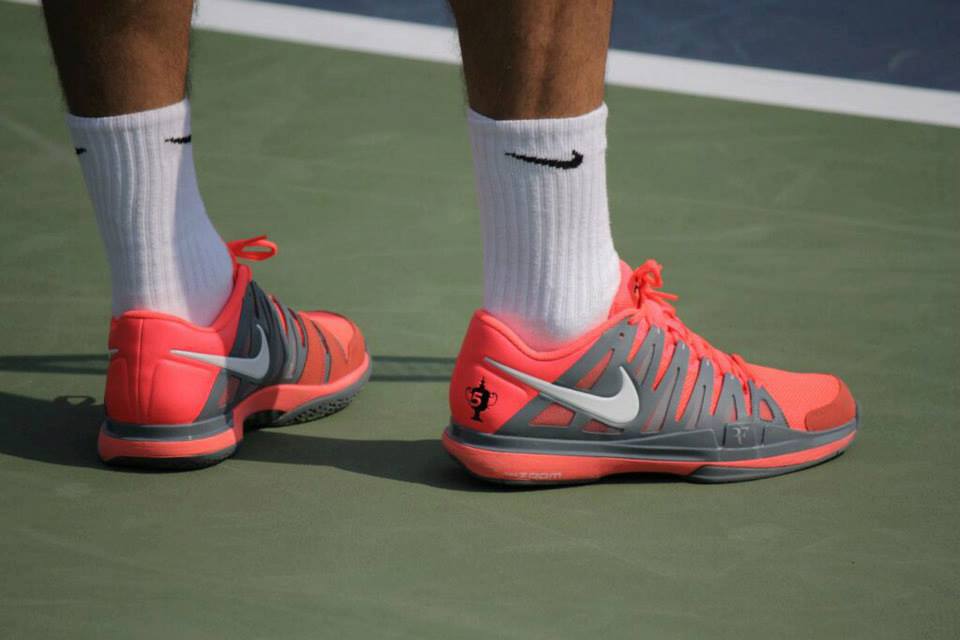 The 2013 US Open draw ceremony has just completed and both draws and pathways to the title are set. Roger Federer is seeded #7, his lowest seeding at a grand slam since Wimbledon in 2003, when he was seed #5. The Swiss maestro will face a difficult path in the later stages if he is to win his record extending 18th grand slam. Drawn into the same quarter as Rafael Nadal, the 5-time US Open champion will begin his 2013 campaign against Grega Zemlja in the first round. 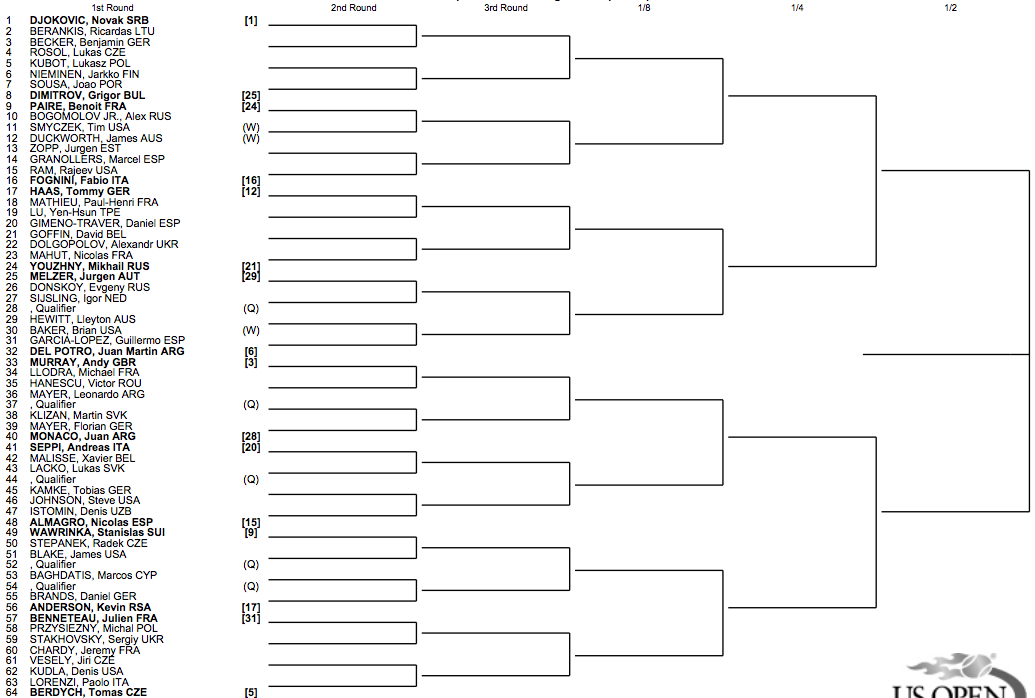 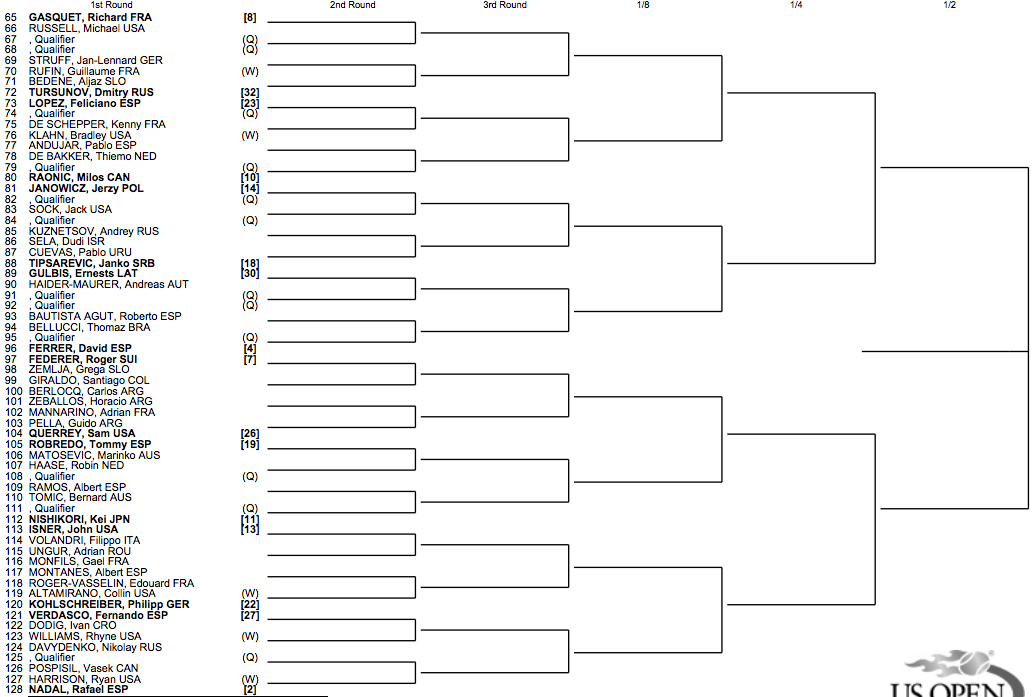