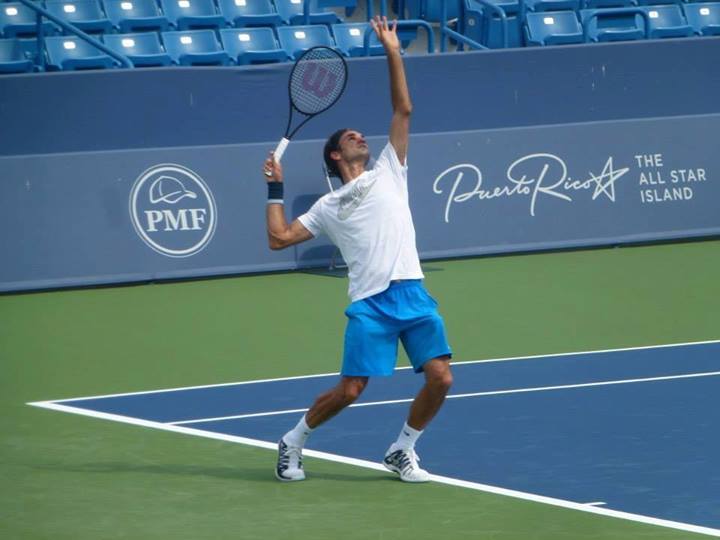 The 2013 Western and Southern Open (Cincinnati masters) draw was released earlier today, with main draw action beginning Monday. Roger Federer returns to the tour, continuing to use his Wilson 98 prototype racquet. The Swiss maestro is already in Cincinnati, practicing ahead of the final major tournament before the US Open.

Federer is seeded fifth, receiving a bye in the first round, after which he will face either Philip Kohlschreiber or Mardy Fish in the second round. A potential third round match lurks against good friend Tommy Haas, followed by the seeded clash against fourth seeded Rafael Nadal. According to seeds, a semifinal match-up would happen against second seeded Andy Murray. Novak Djokovic and David Ferrer lead the opposite half of the draw.

View the full draw below or download the printable draw here. 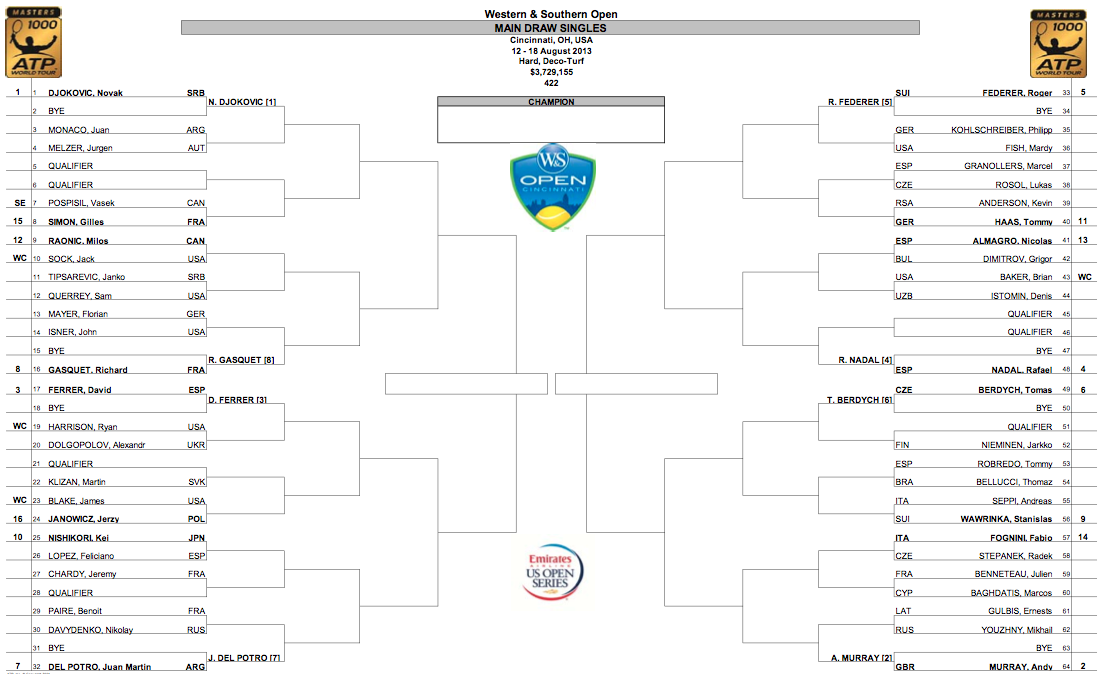