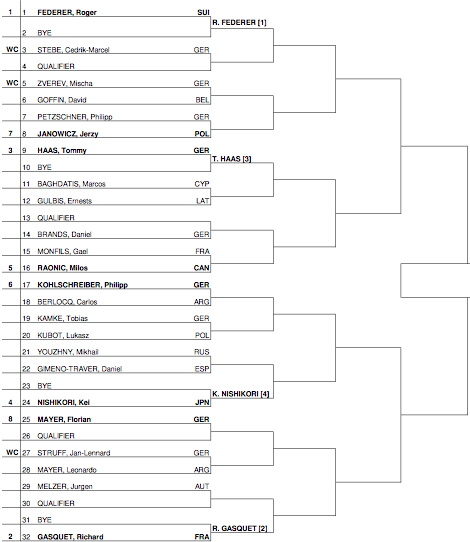 Halle 2013 Draw: The 2013 Gerry Weber Open draw was released Saturday as the ATP World Tour quickly moves from clay to grass this week. Roger Federer is the top seed, receiving a first round bye, but receiving a tricky draw in the Wimbledon tune-up. The Swiss maestro will face wildcard Cedrik-Marcel Stebe or a qualifier in his second round match, followed by potential match-ups as follows: Jerzy Janowicz in the quarterfinals, Tommy Haas or Milos Raonic in the semifinals, and Richard Gasquet, Kei Nishikori, or Phillip Kohlschreiber in the final. Rafael Nadal was scheduled to play, but has withdrawn due to the grueling physical demands of his schedule in recent weeks. Main draw play begins Monday, June 10. 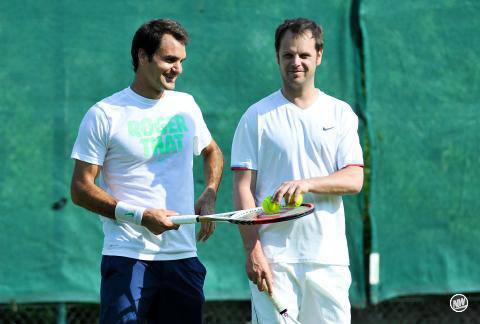 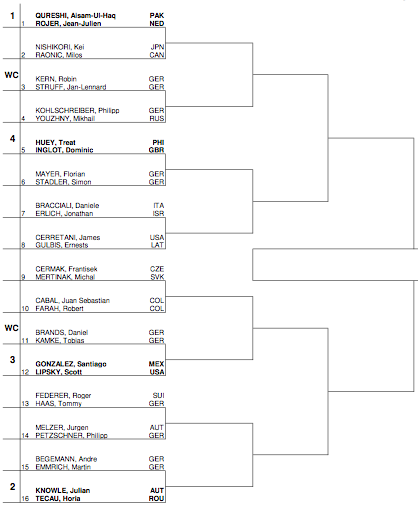