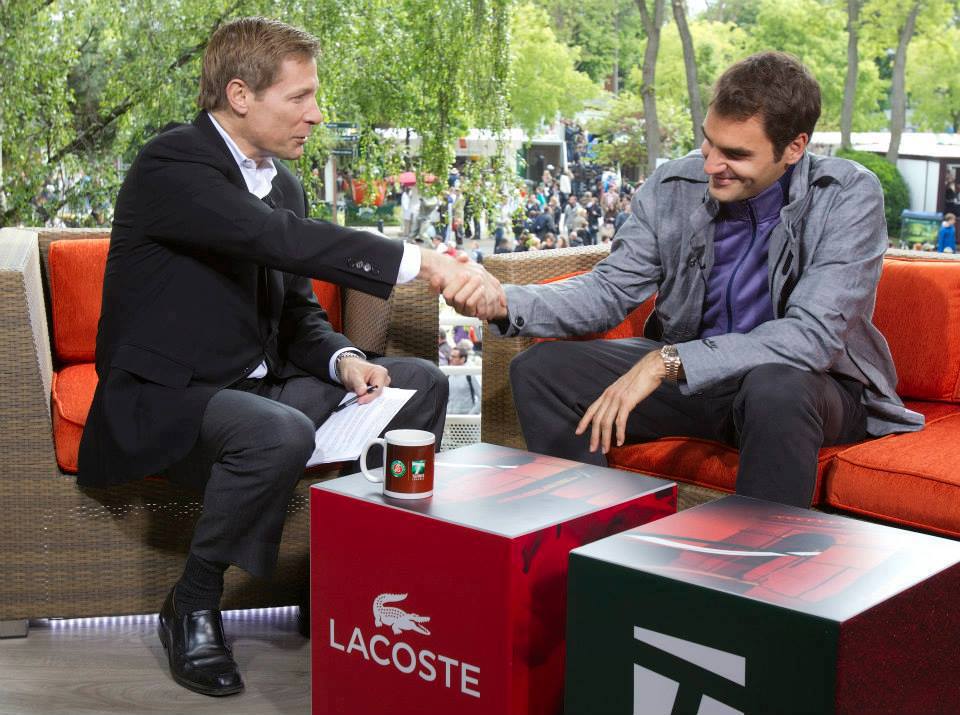 Roger Federer joined Bill Macatee for Tennis Channel’s French Open tonight after his first round victory. The Swiss maestro was wearing the layers, showing how cold the conditions have been so far in Paris for Roland Garros 2013. Topics addressed included his comfort level now at the year’s second grand slam, Rafael Nadal, his evolution as a player, managing schedules, and more.

Watch the full interview below.