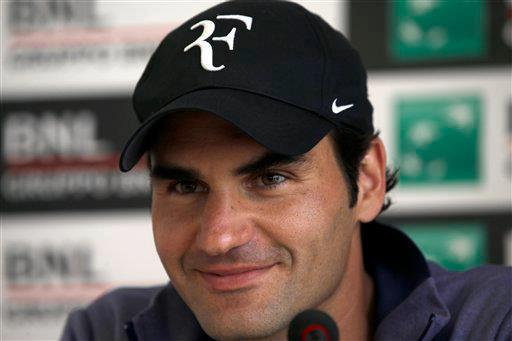 Roger Federer is in Rome for the 2013 Italian Open. The Swiss maestro, along with Andy Murray, were asked about the possibility of gay tennis players and the stance from players and the sport overall. Both believe there would be no problem.

“I don’t think it would be a problem,” Federer said. “We’re very relaxed. We don’t play a team sport and see each other all the time. … We’re very open. So whatever happens, happens. I don’t know if there are any (gay players). So far from what I’ve heard, no. But that could change, possibly because of the case in the NBA.”

Over the years, women’s tennis greats Martina Navratilova, Billie Jean King and Amelie Mauresmo came out about their sexual orientation and Jason Collins (NBA veteran) called Navratilova one of his heroes.

“I think everyone has gotten better at dealing with it,” Murray said. “More and more players have come out and I think there has to be some players that are probably gay. From speaking to the other players, I don’t think anyone has any issues with it. So I hope that in tennis it’s an issue that is dealt with well when the situation arises.”