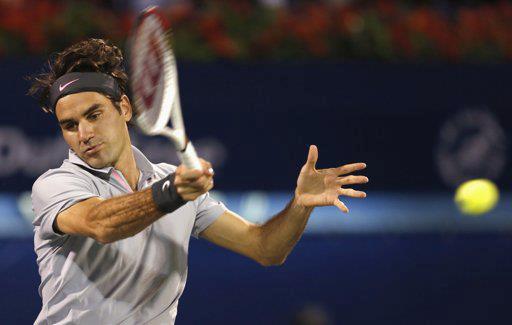 Roger Federer got off to a slow start in his first round match, but bounced back well to ease into the second round at the 2013 Dubai Duty Free Tennis Championships. The Swiss maestro faced wildcard Malek Jaziri in Monday night’s first round. Late in the first set, Federer hit two let serves on his second serve, then hitting a double fault to give double break point, promptly dumping a backhand into the net. With the crowd surprised, Jaziri quickly went on to serve out the first set. That was all the Swiss would allow, as he dominated from there on.

After jumping out to a 3-0 lead in the second set, Federer broke Jaziri three times for a bagel set, 6-0, carrying on to break twice more and close out the match in 1 hour 30 minutes, 5-7 6-0 6-2. He will face Marcel Granollers or Albert Montanes in the second round Wednesday. 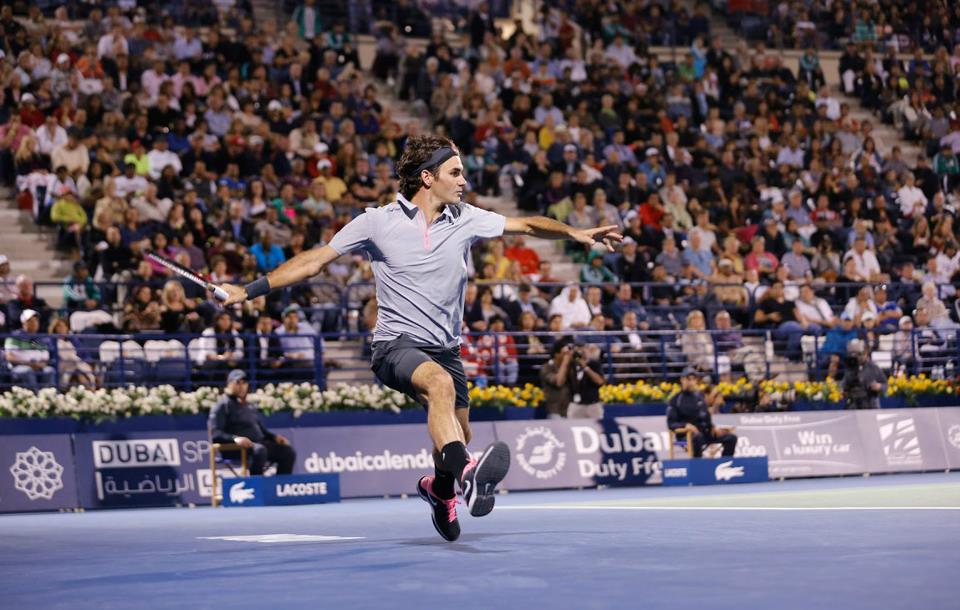