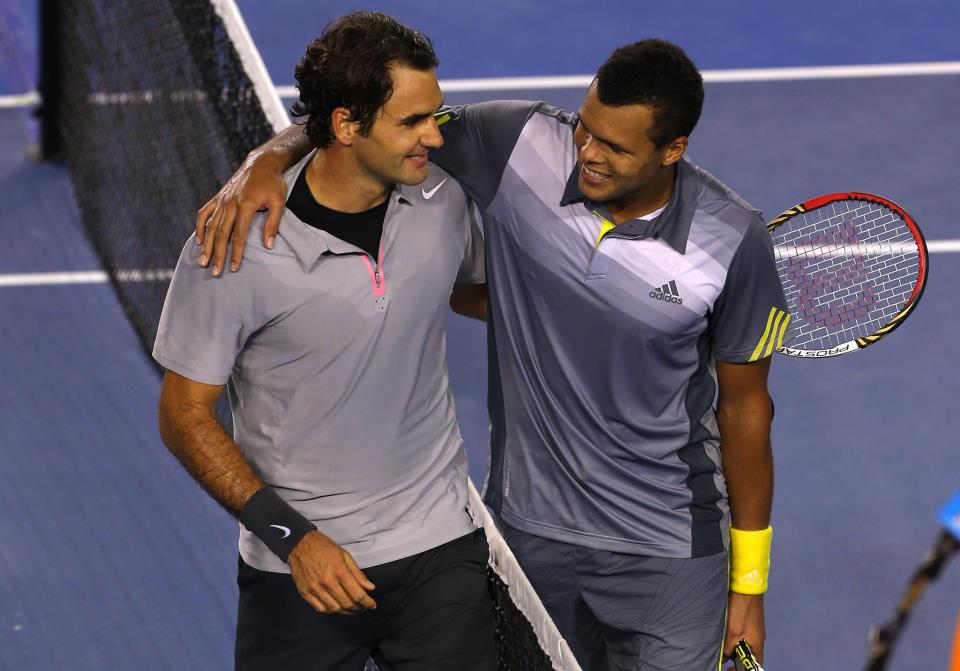 Roger Federer got off to a good start Wednesday night in Melbourne, but that soon faded as Jo-Wilfried Tsonga stepped up his game. The Frenchman was hitting the ball hard and frustrating the Swiss in a closely contested five setter.

The opening game seemed as if this match would continue the trend of the tournament for Federer. He broke and took the early lead, but then something happened. Tsonga broke back for 3 all, the first time Federer lost serve in the tournament. Both players held serve into a tiebreak, where the Swiss edged it out, but Tsonga wasn’t done.

He would break the Swiss five times, a crucial one late in the second set to even the match. Federer wasn’t sharp for most of the match, with his serve looking passive and his forehand becoming erratic. After breaking early in the third set, he was broken back yet again. Once more it lead to a tiebreak and Federer looked to be in trouble as he couldn’t hold onto his mini break lead.

Tsonga was finding his range, hitting hard and moving Federer around the court with great depth on his groundstrokes. The subtle weapons of the Swiss saved him though, twice with defensive backhands forcing the Frenchman to hit difficult volleys.

One curving, dipping backhand later, and Tsonga’s volley bounced out. Things looked safe with the Swiss up two sets to one. It still wasn’t over. Three breaks in succession in the fourth set before finally a hold of serve, and it was going the distance. The Swiss would have to find a way and battle through, and he did, by first taking care of serve. After two love holds to open the final set, Federer broke Tsonga to open his lead, pushing to break to close out the match. Till the end though, Tsonga held off break points admirably. Overall he saved 14, and also held serve. Federer finally served out the match, after 3 hours 34 minutes, 7-6 (4) 4-6 7-6 (4) 3-6 6-3. He will face Andy Murray in the semifinals on Friday night in Melbourne. 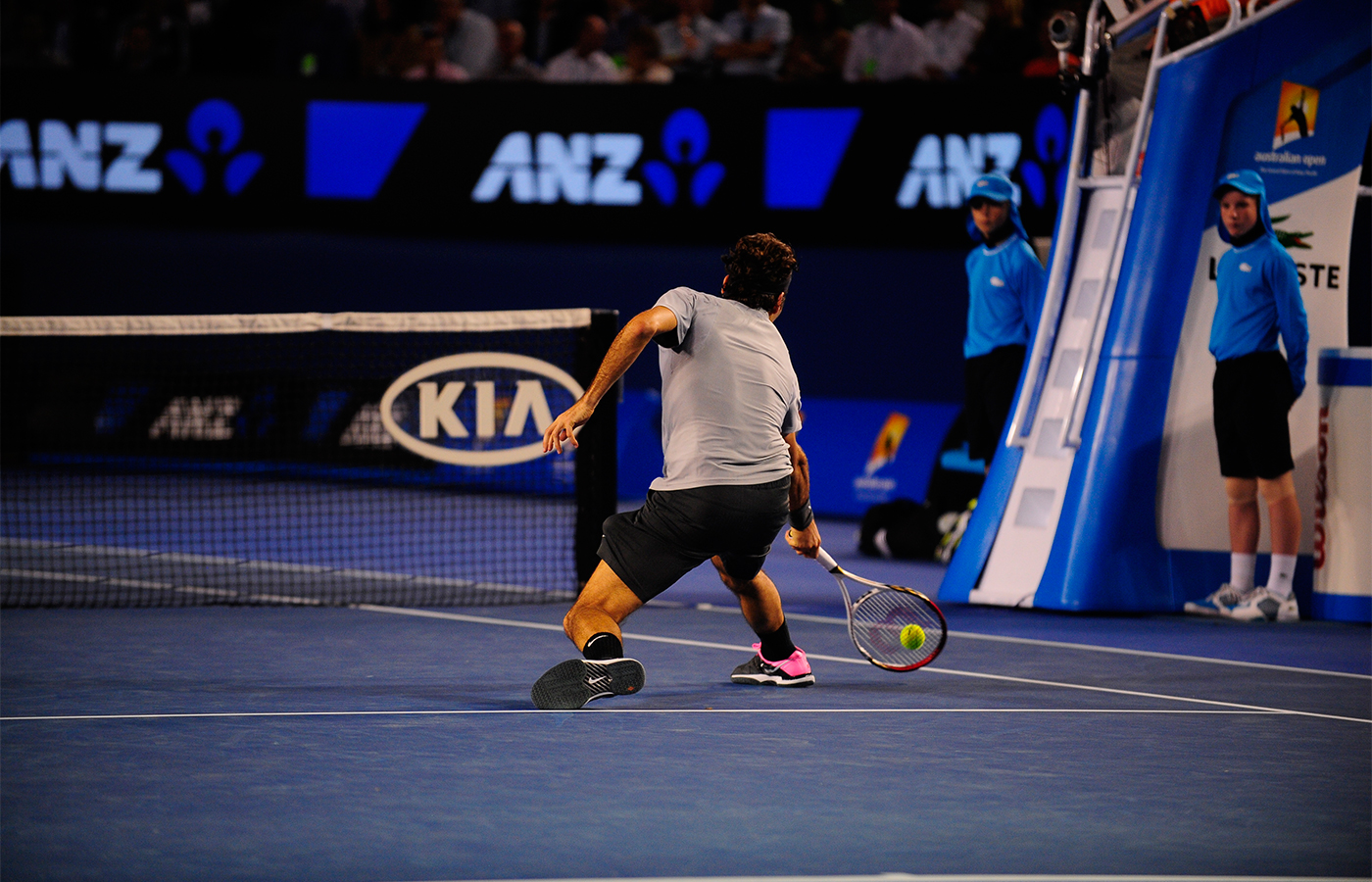 The win marks the 10th consecutive semifinal (or better) for Federer at the Australian Open, his most consistent showing among the four grand slams. It is also a record 33rd grand slam semifinal appearance for the Swiss. Afterward, he addressed the media and press.

“It was a tough match from the start really. A lot of ups and downs on both sides obviously,” said Federer. “I’m very happy. It was a good match. I enjoyed it. Could have been four. Could have been three. I could have lost it. So at the end, I’m just happy I won in five.”

“I toughed it out. That also gives you confidence when you have to go through those matches. The physical stamina was there, the focus with there till the very end. So it does give you a lot of confidence moving forward from here.”