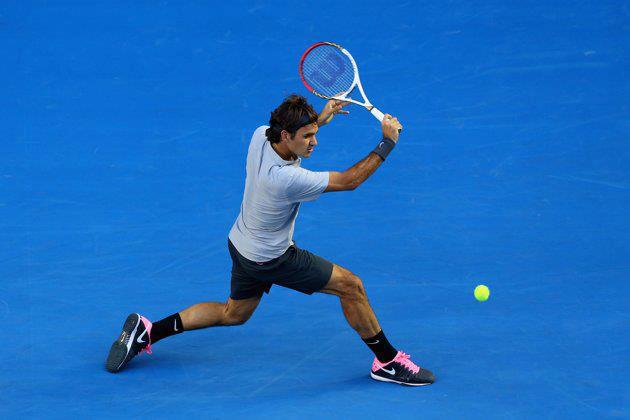 Temperatures soared Thursday in Melbourne, reaching 40 C/104 F. Conditions remained the same at the start of the second round clash between Roger Federer and Nikolay Davydenko. The roof remained open on Rod Laver Arena, and the Swiss maestro made a statement from start to finish.

Federer displayed solid play all around, starting with his serve. The crowd was delighted by spectacular shot making but for most of the match, the Swiss showed his ability to hang in long rallies, particularly winning a 26 shot rally early on in the first set.

In all three sets, it was the Swiss serving it out comfortably, easing into the third round where he will face young Australian Bernard Tomic for the second straight year. Final score, 6-3 6-4 6-4, in 1 hour 59 minutes. Federer hit 9 aces and 35 winners, 14 of 19 points at net, yet only 3/13 on break point opportunities.