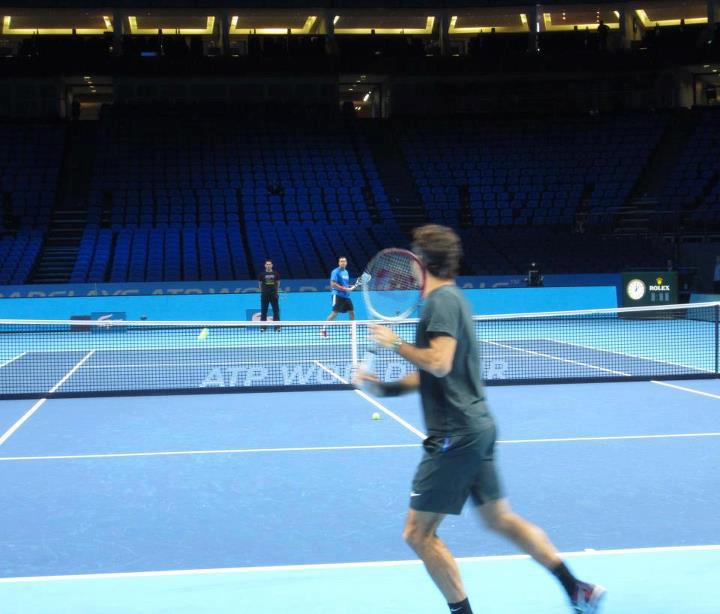 A familiar trait in facing each of his main rivals is their incredible ability to defend and retrieve balls, with a uniformity of the tour in general today. It is a notable contrast from the variety in speeds and qualities of various court surfaces of previous generations. Federer elaborated on what could be done to bring the variety back, and noted the importance to have both slower and quicker surfaces throughout the season.

“It’s an easy fix. Just make quicker courts, then it’s hard to defend,” Federer said. “Attacking style is more important. It’s only on this type of slow courts that you can defend the way we are all doing right now.”

“What you don’t want is that you hit 15 great shots and at the end, it ends up in an error,” he said. “So I think sometimes quicker courts do help the cause. I think it would help from time to time to move to something a bit faster. That would help to learn, as well, for many different players, different playing styles, to realize that coming to the net is a good thing, it’s not a bad thing.”

Having more tournaments played on faster surfaces could make it easier for other players to challenge the sport’s “Big Four,” Federer said, adding that he wasn’t sure tournament directors would necessarily buy into that.

“I think some variety would be nice, some really slow stuff and then some really fast stuff, instead of trying to make everything sort of the same,” he said. “You sort of protect the top guys really by doing that because you have the best possible chance to have them in the semis at this point, I think. But should that be the goal? I’m not sure.”