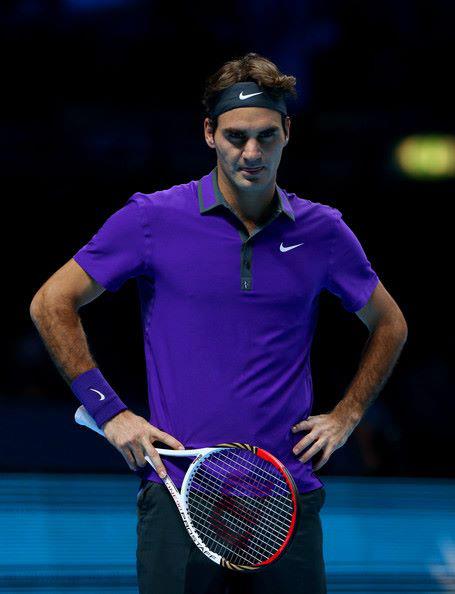 Juan Martin Del Potro handed Roger Federer his first loss at the ATP World Tour Finals this week, and his first loss at the season-ending championships since 2009. The Argentine edged to an early lead by taking the first set in a tiebreak, before Federer immediately broke and held on to serve out the second set. The match was close throughout, yet it was Del Potro who used his only break chance of the match to take a 3-0 lead in the final set. That would be all he needed, as he went on to defeat the Swiss 7-6 (3) 4-6 6-3 in exactly 2 hours.

While Djokovic and Murray have booked their first and second semifinalist spots for Group A, the order of which the Group B semifinalists will be determined upon the outcome of the final round robin match later today between David Ferrer and Janko Tipsarevic.

Highlight of the match. Federer improvises on forehand return and then hits winner.