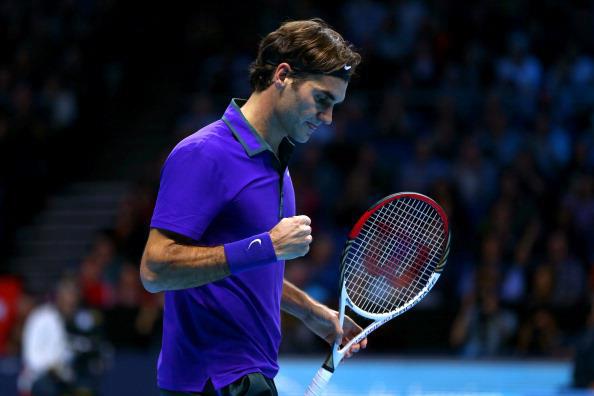 Roger Federer eased into the 2012 ATP World Tour Finals Tuesday afternoon at the O2 Arena in London. It was just the start needed, a straight sets victory over Janko Tipsarevic.

The Swiss maestro broke early on, needing only one break to secure the first set after about half hour. While not serving well enough (just 50% on first serve), he won 92% of points on his first serve and 69% of points on his second serve. The second set brought continued pressure on the Serb, as the Swiss broke three times to clinch victory, 6-3 6-1 in 1 hour 9 minutes.

Overall, Federer fired 6 aces, hitting 24 winners, while winning 95% and 65% of points 1st and 2nd serve, respectively. The Swiss was 6/7 at net and converted 4/9 break point opportunities.