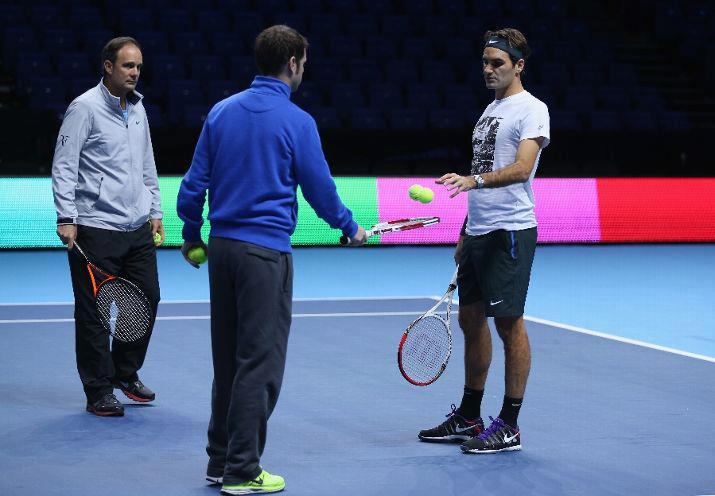 Roger Federer is calling for more drug testing in tennis. The Swiss maestro said he is being tested less than in previous years.

The Swiss was asked about the current state of drug testing in tennis after Andy Murray had called for more testing.

“I feel I’m being less tested now than six, seven, eight years ago,” said the world number one. “I don’t know the reasons we are being tested less and I agree with Andy, we don’t do a lot of blood testing during the year. I’m OK having more of that.”

The ITF/Wada tests do not specify if they used urine or blood samples, but the ITF data does show that only 18 male specimens were collected through out-of-competition blood testing in tennis throughout the whole of 2011, and six during 2010.

Federer added, “I just think it’s important to have enough tests out there.” “I don’t like it when I’m only getting tested whatever number it is, which I don’t think is enough or sufficient during the year.”

“I think we should up it a little bit, or a lot – whatever you want to call it – because I think it’s key and vital that the sport stays clean. It’s got to. We have a good history in terms of that and we want to make sure that it stays that way.”

This news comes ahead of the 2012 ATP World Finals at the O2 Arena in London. See Roger Federer’s Nike outfit for the World Tour Finals in London, here. Watch full coverage of all the action on FF07tv.