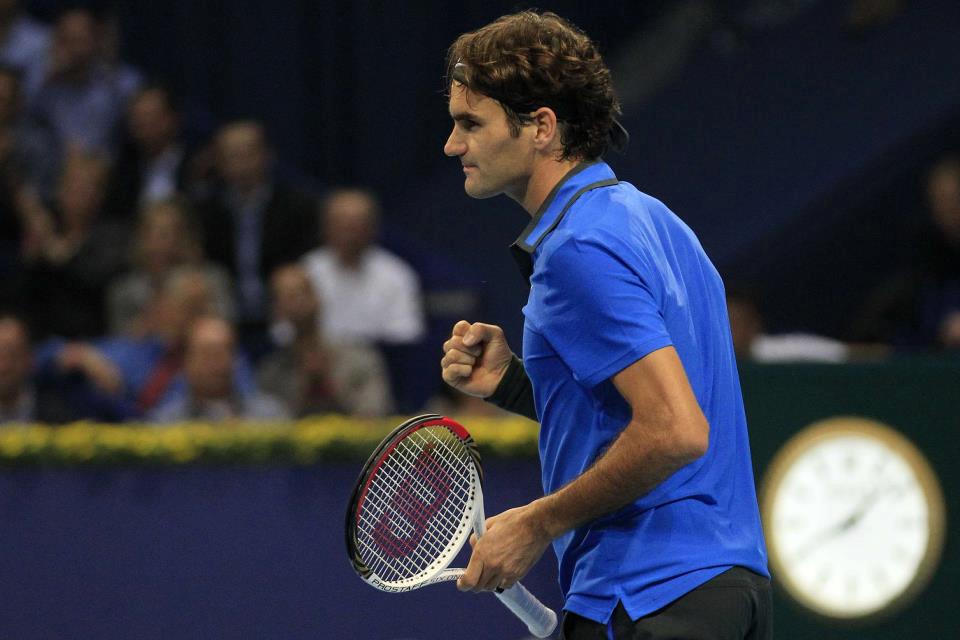 The Swiss maestro overcame Thomaz Bellucci in three sets for the second time in as many meetings in 2012 Wednesday evening in Basel, Switzerland. Previously, Federer prevailed 3-6 6-3 6-4 in Indian Wells in March. While the first set was heavily one sided in favor of the Swiss, the Brazilian fought back and caused trouble with his heavy kick serves and left-handed game. Federer held his serve comfortably throughout the match, yet struggled as well, hitting 37 unforced errors. Bellucci jumped to the early lead in the second set tiebreak, when Federer stormed back, saving 4 set points to even it at 6 all. His efforts quickly vanished after framing a backhand well out.

The third and final set panned out in competitive fashion, staying even to the near end when Federer broke Bellucci in the final game. After 2 hours and 2 minutes, the Swiss claimed victory, 6-3 6-7 (6) 7-5. He will face either Lukasz Kubot or Benoit Paire in the quarterfinals of the Swiss Indoors on Friday.