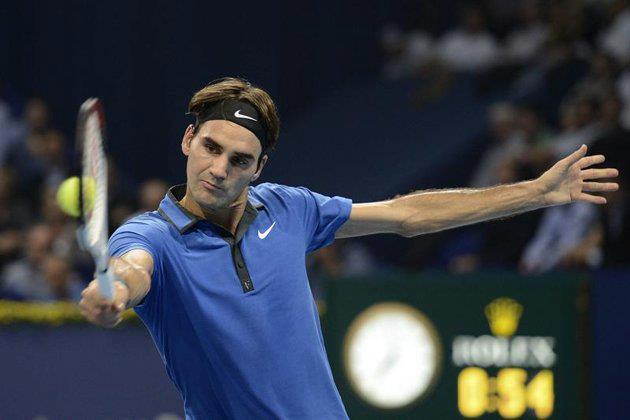 Roger Federer is off to a winning start in his hometown of Basel, Switzerland. The world #1 and top seed at the 2012 Swiss Indoors took on Benjamin Becker in a Monday evening first round match. After a closely contested first set, the Swiss maestro went down a break after a lapse in concentration at 2-3. A short while later, he broke back, held serve, and broke again for a 5-3 lead. Less than a minute more was all that was needed to close out the match, 7-5 6-3, in 1 hour 28 minutes. Coming off a poor service day in his previous match, Federer hit 10 aces along with two double faults, while serving at just 56%.